Several trends of international student mobilities have become salient toward the end of the 20th Century and especially in the first two decades of the 21st Century.

Student mobilities increasingly take place within the region. This phenomenon has to do with education programs organized by regional governing bodies in order to expose students to intercultural learning and to instill in students a sense of common regional identity. The European Union’s Erasmus Mundus program pioneered this model and between 1987 and 2010 more than 2 million students participated in the program (Rodrigues 2012). The success of the Erasmus project inspired national governments in East Asian countries to adopt this largely top-down approach to international student mobilities in the hope that such educational exposure would help to cultivate a regional identity among students and establish connections among organizations and students through such networks (Chun 2016). ASEAN International Mobility for Students (AIMS) and the CAMPUS Asia program initiated by the governments of China, Korea, and Japan are examples of such international mobility programs.

In addition, within the context of a globalizing education market, some nation-states that were formerly on the educational periphery are now using international education to upgrade their national education systems and attract fresh talent, and to expand their political and cultural influence. Many now set numerical targets for international student recruitment and several regional education hubs have emerged in East Asia, including Singapore, Malaysia, and Hong Kong (Knight 2014). The majority of students that head to these destinations come from other countries within the region (Ge and He 2018).

Return migration is engendered in a complex social, economic, and political context. For many students, return is a regrettable outcome after failing to secure a job in the destination country because of the formidable institutional and cultural barriers (Lu et al. 2009, Moskal 2017). Others return well satisfied because the internationally recognized credential has higher value in the labor market back home (Water 2005, Rosenzweig 2006). Moreover, international graduates often return to their home countries because of parental expectations, marriage, or other issues related to their socio-emotional adaptation (Liu-Farrer 2014).

[W]ithin the context of a globalizing education market, some nation-states that were formerly on the educational periphery are now using international education to upgrade their national education systems and attract fresh talent, and to expand their political and cultural influence.

“Return,” however, does not necessarily entail a U-turn.  For most international students, “return” means going back to a large city in the home country. “J-turn” might be a better illustration of this trajectory. Statistics on the return of international students to China show that they concentrated in Beijing, Shanghai, and Guangzhou/Shenzhen areas (Wang and Miao 2013). This, on the one hand, is the result of better labor market potential in bigger cities, and on the other hand, has to do with both national and local governments’ initiatives to implement favorable tax policies and financial incentives to lure international graduates back. In addition, world university rankings have direct impact on students’ employment potential and, in some regions or countries, their chance of residency. For example, the desirable Shanghai household registration (hukou) is attainable for individuals who have graduated from one of the key universities in China or for those who manage to attain “a master’s degree from one of the top 500 universities in the university rankings.”1

Student trajectories appear increasingly fluid, sometimes circular, and other times multi-national. Several reasons contribute to this development. First, a differentiated and hierarchical global educational field encourages students and families to take a step-wise approach to achieve educational upward mobility through geographic mobilities. Collins et al. (2014) found that some post-graduate international students studying in Singapore considered it “a stepping stone” to another destination, and the USA remained the aspired destination.

Second, as complex as the motivations for international education are, a decision about the next step is often suspended amidst conflicting desires. Even when international students study abroad with an intention to immigrate, obtaining permanent residency does not always mean settling in the country, but may rather be regarded as a tool for more flexible mobility. In Baas’s (2016) study, Indian students aim to achieve permanent residency in order to maximize the freedom to move not only back and forth between home country and host country but also to other countries where opportunities can be found. “Permanent residency” is therefore desired for the freedom to be “permanently temporary” (Baas 2016, 28). 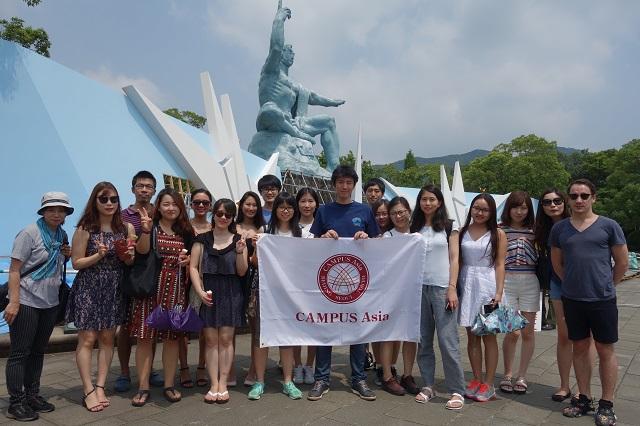 Finally, neither staying in the host country nor returning to the home country finalizes the mobility trajectories of the international students. Instead, their intercultural exposure—including language skills and transnational cultural and social capital—often allow them to occupy unique structural positions in the transnational economy (Liu-Farrer 2011) or find employment in multinational firms (Waters 2008, Moskal 2017). Such career trajectories entail frequent transnational mobility.

Given its multi-faceted existence, international education is susceptible to pitfalls. First, though international education seems increasingly accessible, social class continues to influence individuals’ mobility potentials and trajectories. International education is utilized as a strategy of social reproduction among middle and upper middle-class families in East Asia in a social context full of economic uncertainties. Even among short-term exchange students, family backgrounds—economic resources, parents’ education, and early international travel experiences—strongly affect whether or not students take up the opportunity to study abroad.

Second, not only is international education a de facto channel for skilled labor migration, countries with labor shortages also want international students as a source of low-wage labor (Liu-Farrer 2009). In Japan, international students are officially counted as members of the workforce. Out of the 1.46 million foreign workers registered in Japan in 2018, 18.6 percent of them (or 298,000) were migrants who held a student visa but had obtained a work permit to work part time (Japan Ministry of Health, Labor and Welfare).2  Moreover, a large number of these students have been found to be working excessively long hours off campus while pursuing education, compromising their educational goals and wellbeing (Liu-Farrer 2011, Mahmud 2014).

International education is utilized as a strategy of social reproduction among middle and upper middle-class families in East Asia in a social context full of economic uncertainties.

Finally, international education engenders and depends on a migration industry that profits from facilitating student mobility (Collins 2012, Thieme 2017, Lan 2019, Liu-Farrer and Tran 2019). This education-migration industry produces and perpetuates cross-border student mobility by actively searching for students, facilitating the process of migration, and shaping students’ decision-making process (Hagedorn and Zhang 2011). But its profit-driven motive and predatory nature introduces additional precarity in the process of international education.

Regardless of the pitfalls, the expansion of international education has turned students into a significant transnational force in the contemporary world. Not only have they become the cultural ambassadors who will always have a particular knowledge of and emotional ties to the places they studied (Asada 2019), but their migratory trajectories help to establish increasingly dense transnational networks. Their mobilities encourage “brain circulation” and they themselves become bridges between economies and mediators between polities.

Baas, Michiel. 2016. "Becoming trans/nationally mobile: The conflation of internal and international migration in the trajectories of Indian student-migrants in Australia and beyond." South Asia: Journal of South Asian Studies 39, no. 1: 14-28.

Hagedorn, L. and Zhang, L. Y. 2011 “The use of agents in recruiting Chinese undergraduates.” Journal of Studies in International Education 15, 186-202.

Thieme, Susan. 2017. "Educational consultants in Nepal: Professionalization of services for students who want to study abroad." Mobilities 12, no. 2: 243-258.

Gracia Liu-Farrer is Professor of Sociology and Director of the Institute of Asian Migrations at Waseda University, Japan.