Biblical Authoritarianism in the Holy Land

Biblical Authoritarianism in the Holy Land

This essay is not about the rise of an authoritarian regime rooted in globalization—although Israel has been immersed from head to toe in the globalization of capital, knowledge, migration, and at least briefly, international human rights legislation. Like other major globalizers it replaced a fairly egalitarian economy with one of the most unequal ones in the OECD,1 with poverty rates of 17% (above Turkey and the US) and child poverty rates close to 25 percent. But rising Israeli authoritarianism—attacking the press, NGOs, colleges, and the Supreme Court—is done not with the aim of consolidating what in Israel is called “swinish capitalism” but rather its occupation of the Palestinian Territories and restriction of the rights of Israel’s own Palestinian Arab citizens. It is not so much economic as it is political authoritarianism.

The goal is to protect privileges, in this case Jewish privileges, under challenge from demands for Palestinian rights. For 52 years, occupied Palestinians—who live under military government and courts, and under apartheid vis-à-vis Israeli settlers in their midst—have been denied democratic rights and representation. The rise of Israeli authoritarianism is the diffusion of this occupation, the occupation now occupying Israel itself. The first within Israel to experience it are Israel’s Palestinian citizens, who make up about 20 percent of its population. In the past decade, McCarthyism and anti-democratic legislation have expanded to cover ‘unpatriotic’ Israeli Jews as well.2

This is not a sui generis phenomenon. Worldwide, foreign policy plays a major role in reshaping national identities into monolithic and homogeneous blocs through authoritarian means. Israel’s diffusion of occupation bears many similarities to the occupations by China of Tibet, by Putin’s Russia of the Ukraine, by Erdogan’s Turkey of its Kurdish regions, as well as to the cancelation of the special legal status of Kashmir by India’s Modi government followed by the citizenship law to disenfranchise categories of non-Hindus. It also undergirds the birth of the ‘Authoritarian International,’ a mutual protection society formed to shield its members from the rigors of international law. For example, the members of the Visegrad Group stymie EU attempts to demand Israeli adherence to the Fourth Geneva Convention in the Occupied Palestinian Territories, all the while using their close ties with Israel to deflect charges of anti-Semitism.

This alarming authoritarian playbook that has re-emerged in the past decade and half—which involves limited citizenship rights, rough policing, and attacks on independent judiciaries and civil society organizations—has been around longer but has been less visible because it has been carried out against less visible groups. Meanwhile, Jewish privilege has been transformed as Jews in the Yishuv and Israel have construed themselves successively as settlers, as a nation, as a religion, and a race.

First, Jewish immigrants constructed themselves as the British had already defined them, as sovereignty-carrying settlers. Palestinians, as natives, were eo ipso outside the moral universe of political rights. Correspondingly, under the British Mandate the natives of Palestine were to have access only to civil and religious rights. As the Yishuv grew and consolidated, so did its national consciousness. The British promise of the ‘national home’ in the Balfour Declaration was upgraded into a demand for independence and statehood in the 1942 Biltmore Program.

Religion was never absent from Zionism. Return to the land was accompanied by the return to the text of the previous arrival through refocused attention to the Talmud, the diasporic guide to Jewish life, and to the Tanakh (the Hebrew Bible), the history of Jewish national life in Eretz Yisrael (the Land of Israel) in Antiquity.3  Following the conquests of the 1967 War, religious-Zionists’ rabbinical authorities formulated what I call an ‘originalist’ interpretation around the commandments of the biblical conquest—the Conquest of the Holy Land—and particularly around its harsh codification in Maimonides’s 12th century Mishne Torah, one of medieval Jewry’s greatest works.

Jewish privilege has been transformed as Jews in the Yishuv and Israel have construed themselves successively as settlers, as a nation, as a religion, and a race.

Israel’s first Chief Rabbis, Yitzhak Halevi Herzog and Ben-Zion Meir Hai Uziel, favored the equalization of Jewish and Arab rights of citizenship—to purchase land, to elect, and to be elected.4  Starting in the 1980s, this approach was swept away by rabbinical rulings that view occupied Palestinians as well as Palestinian citizens as not deserving to become resident aliens (ger toshav), since they are a new incarnation of the seven nations of Cana’an, that is, idolaters.5  The demand for reassigning Palestinians from the category of citizens to resident aliens is still the purview of the religious-Zionist minority of Israelis but important aspects of it have been adopted by the Jewish mainstream. Israel has been demanding that the PLO recognize Israel as an exclusively Jewish state, and in 2018 passed the Nation State Law that privileges Jews as the only group with the right to national self-determination.6  A wall-to-wall coalition of haredi and religious-Zionist rabbis lead the charge of segregation and exclusion.7  This religious reframing of national identity is shared by other rising authoritarian regimes, for example in Viktor Orbán’s definition of Hungary as an ‘illiberal democracy’ and simultaneously as a ‘Christian democracy’ in order to keep out refugees.8

But the bitter assaults on Arab participation are just one expression of the pushback. The Lehava movement (‘Flame’, Hebrew acronym For the Prevention of Assimilation in the Holy Land) was formed in 2010 with the declared goal of bringing to a halt marriages between Jewish women and Palestinian Arab men. The construction of interfaith marriages as ‘assimilation’—a familiar threat to Jewish diasporic life—rather than as the expression of the openness of a multicultural society, aims to police the boundaries of Jewishness and of Jewish femininity in particular. Lehava is not satisfied with legal or institutional discrimination but threatens the personal security of Arab citizens through posters, fliers, demonstrations, assemblies, and social media but also through arson, violent assaults, and lynchings. 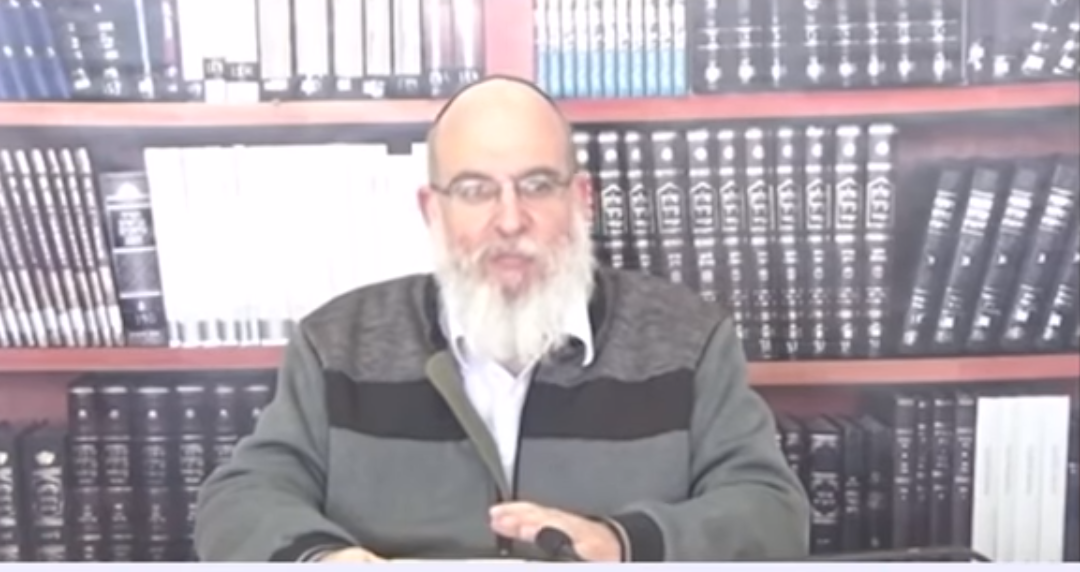 Israeli racialization proceeds along several tracks—almost all religious—in order to racialize Jewish chosenness and innate Arab inferiority. The hardali, the decade-and-a-half-old radical wing of religious Zionism that fuses ultra-orthodox and nationalist beliefs, is headquartered in the first, largest, and most prestigious military preparatory yeshiva of Beni David in the Eli settlement. The yeshiva head, Rabbi Eliezer Kashtiel teaches his students that, “Yes, we’re racists. We believe in racism…peoples have genetic traits… The Jews are a more successful race [and]… instead of just walking the streets and being stupid and violent and harming each other… the Gentiles will want to be our slaves.” According to Rabbi Giora Redler, “Hitler… was the most correct person ever …he was just on the wrong side.”9  The political representatives of the small hardali community play an outsized role and serve in Prime Minister Benjamin Netanyahu’s cabinets.

Why and when are these authoritarian reinventions of privilege necessary?

First, the beneficiaries of privilege reach for a new authoritarian horizon when established privilege encounters resistance and shows signs of wear and tear. Religious privilege emerged to replace the limiting demographic definition of Jewish privilege with a more expansive territorial one in the face of Palestinian resistance. Israeli racialization of Arabs aims to rebuff Arab social mobility within Israel and national aspirations in the Occupied Palestinian Territories.

Second, claims of religious and racial privileges permit the imposition of tighter, harsher, control mechanisms on Israel’s Arab populations. Since 1948, Israel has relied mostly on the fragmentation of Arabs into subgroups10 subject to different rights, protections, and types of punishment. Under the aegis of religious and racialized privilege, the mechanism of fragmentation is replaced by lumping—viewing all Arabs, citizen and occupied, as the same with none entitled to citizen or national rights.

Third, each stage sets up a less porous and more impenetrable barrier to those seeking their own rights. The settler’s privilege claims access to land and immigration; the national privilege claims political independence; the religious privilege claims territorial expansion, and the racist one, everything.

The future of Israel’s electoral process will determine whether Biblical authoritarianism will continue to flourish and occupy Israel. The inability of Israel’s longest serving Prime Minister, Benyamin Netanyahu, to form a coalition government in order to push through even more radical anti-democratic measures in three closely-spaced elections is due an unprecedented attempt to check Israeli authoritarianism. The Israeli opposition’s tool of choice is the formation of electoral alliances between unlikely partners to defend democracy. The first alliance, the Joint List, was formed in 2015 by mostly Arab nationalist and Islamicist parties, and a Jewish-Arab party that grew out of the Communist Party and is third largest faction in the Knesset. A similar Jewish alliance of center and right-wing parties was formed by Benny Gantz in advance of the April 2019 elections, becoming overnight the true competitors to Netanyahu’s Likud. The promising alliance of political forces in defense of democracy, however, is threatened by Gantz’s refusal to form a coalition government with the Joint List, replicating the nationalist and religious rebuke of Arab citizenship rights.

1. It has one of highest Gini coefficient scores, just below Mexico, the US, and Turkey.

5. And even if Palestinians are no longer idolaters, they are commanded, again based on Maimonides 12th century code, to recognize Jewish supremacy in Eretz Yisrael, and even if they do, is it necessary to make them ‘wretched and humiliated.’ If Arabs don’t meet the requisite qualifications, they are not allowed to reside (al techanem) in Eretz Yisrael. See: Hadad, Eliezer, Minorities in a Jewish State: Halakhic Perspectives (Mi’utim bemedina yehudit: hebetim hilkhatiyim), Jerusalem, Israel Democracy Institute, 2010, pp. 44-61.

7. Rabbi Shmuel Eliyahu, Rabbi Yitzchak Ginsburgh, and the late dovish Rabbi Ovadia Yosef, have prohibited renting Jewish-owned homes to Arab citizens, and a large subset also seek to recover the settler privilege of Hebrew Labor. And mayors in Nof Hagalil and Afula are hard at work to prevent the entry of new Arab residents and bar the establishment of institutions, such as Arab-language schools, that would serve those who have already become residents. See Gershon Shafir, “From Overt to Veiled Segregation: Israel’s Palestinian Arab Citizens in the Galilee,” International Journal of Middle Eastern Studies, Vol.50, No.1, February 2018, pp.1-22.

10. For example, the Druze and Circassians are treated as non-Arabs; and among the latter, between Muslims, Christians, and the Bedouin, and in the OPT residents of East Jerusalem, Areas A, B. C. Hebron H1 and H2, Gaza, and so on.

Gershon Shafir is Distinguished Professor in the Department of Sociology, University of California, San Diego.