A Lone Wolf in the Hypertext: Radicalization Online

A Lone Wolf in the Hypertext: Radicalization Online

Contemporary discourse seeking to explain “Islamic” terrorism is, in the English-speaking world, plagued by a profusion of mutually incompatible heuristics, just-so stories, and naturalized prejudices disguised as common wisdom. Perhaps most fundamentally, this discourse errs in its assumption—intrinsic in the very semantic structure of such terms as “Islamic extremism” and “jihadism”—that violent extremism, and the initiatory process of radicalization, originate in the historical and contemporary practices of Islam. Yet the figure of the lone wolf profoundly undermines this assumption.

Case studies of lone wolf terrorists—particularly those who follow a pattern of self-radicalization—reveal that violent extremism grows not from the specific cultural or historical practices of Islam, but from a general affect of sadism, thrill-seeking, and personality disorder.  The lone wolf's pathologies are only Islamically-inflected, often through an accretion of mediated encounters linking representations of violence, Islam, and the lone wolf himself.1 This points us to the conclusion that in the case of these violent extremists, pathology usually—perhaps always—precedes theology/ideology.

The peculiar confluences of theology and ideology that accompany violent extremism such as this are no more technologically determined than they are inherent to the practice of Islam.2  Nevertheless, the theo-ideology of violent extremists regularly bears the ineluctable stamp of those communicative technologies around which it has been constructed. This constitutes a second category of inflection, which must be taken into account. The extremism of highly literate individuals will bear the hallmarks of print media and its particular biases. The theo-ideology of violent extremists saturated in television and radio/audio reflects characteristics of post-literate orality.3 And those whose primary mode of interface is the internet and world wide web will bear features of the idiosyncratic, ad hoc logic of these technologies' database-derived and hypertextual traits.

Pulse nightclub shooter Omar Mateen offers a good example of the latter, digital dynamic in action. The FBI has expressed strong confidence that Mateen was radicalized at least partly (which is to say, perhaps totally) online.4 And indeed, as we attempt to trace the contours of Mateen's theo-ideology, we quickly come to recognize the clashing perspectives of a digitally-mediated worldview; a babel of conflicting identities and ideals, at once facile and incoherent, obscuring a toxic affect bearing no resemblance to the conscience of the devout traditionalist, but instead to the criminal narcissist and the rampage killer. 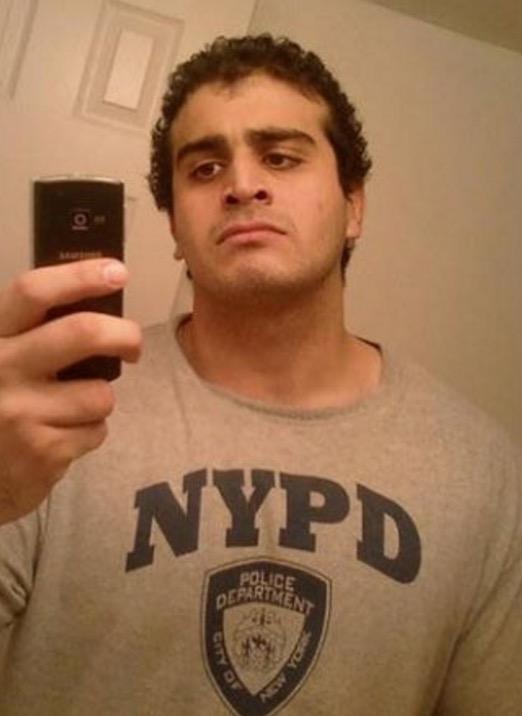 No coherent ideology underlaid Mateen's mass murder attack. Mateen would by turns claim membership in Hezbollah, express solidarity with al-Nusra and al-Qaeda, and pledge allegiance to the Islamic State. He was at once outraged by the application of American force overseas and infatuated with the power of law enforcement and the American carceral state.5 The violent antagonism between these positions is not surprising in light of Mateen's online radicalization process. That Mateen's peculiar theo-ideological inflection should prove so dissonant and on its face self-contradictory is the outcome and index of the media environment in which it coalesced—that is, the internet and worldwide web.

The biases of the internet and worldwide web are the biases of the database and the hypertext, respectively. A vast reservoir of encoded information sits at the core of the 'net, which is decoded and made meaningful by the user at the level of the interface. Without this “reading up,” data remains inert, lacking in significance beyond the fact of its own being.6 This reservoir of encoded information lacks an organizing “grand narrative” in the mode of, say, the data contained in the texts and practices of a specific denomination and branch of Islam. Indeed, the database's assumption and reliance upon the user to decode and give meaning to its vast trove of raw information is fundamentally undermining to the very notion of grand narratives. As Mateen “read up” the contents of the internet's vast data reservoir, he did not decode its information through a grand narrative of Wahhabism, Khomeinism, or some mainline practice of American Islam (reports indicate he was somewhat dislocated from his own religious community) but rather through his own affective tendencies toward fantasies of violence and power.

That Mateen's peculiar theo-ideological inflection should prove so dissonant and on its face self-contradictory is the outcome and index of the media environment in which it coalesced—that is, the internet and worldwide web.

Moreover, the essential interface with which Mateen would have “read up” the internet would have been that of the commercial web browser. The world wide web and its network of hyperlinked pages produces an abridged expression of a hypertextual ideal, in which all significant data are linked, directly, with one another.7 On the web, this ideal omniterminousness is left unrealized, and any data point is made potentially relatable to any other at the whim of the web designer and/or user. As such, any point may constitute a rupture or beginning, a link or a dead end, producing a field wherein all points are potentially conterminous, and no path among these points is permanently privileged over others.

In a network of meaning wherein any data point is potentially juxtaposed to any other, all equivalence becomes false. We may reasonably speculate that the hypertextual path of radicalization is often experienced as a straying, arbitrary zigzag, where the rules of linear thought and logical conclusion are suspended, taking the lone wolf through illogical and even contradictory ideological watersheds. A capricious, dis-integrated multiplicity of personae emerge, figureheads fronting impossible chains of identity and belief whose links and pieces will never fit together.8

Whatever theo-ideological convictions Mateen produced through this accretion of discordant, de-narrativized data points, they were but the “darker, emptier, and simpler”9 shadows of his pathologically disordered feelings and impulses. Mateen bore many of the traits typical of serial and rampage killers: a history of physically abusive behavior, experience as both victim and perpetrator of bullying, social anorexia, a fascination with police authority, violent ideation, and more.10 His radicalization was not the adoption of increasingly perverse, nor (to take a reactionary position) “pure” forms of Islamic theo-ideology, which ultimately compelled him to kill. If we must even use the word “radicalization” we must recognize that it only serves to describe the process of accretion and is not a motivator in itself. Perhaps this process of accretion does contribute somewhat to a killer's deteriorating affect (the role of fantasy and escalation in spree and serial murder is well-documented) but the particularities of Islam per se seem to bear no significance on this dynamic. Radicalization, especially as concerns its specific ideo-theological inflections, is an ornament, not a motive.

We may reasonably speculate that the hypertextual path of radicalization is often experienced as a straying, arbitrary zigzag, where the rules of linear thought and logical conclusion are suspended, taking the lone wolf through illogical and even contradictory ideological watersheds.

Similarly, media are not the drivers of extremist theo-ideologies, but do often and profoundly impact the shape and structure of those worldviews. If we are ever to understand the phenomenon of violent extremism, we must develop a discourse that recognizes the vagaries and paradoxes inherent to its contemporary manifestations. Such a discourse must take into account the effects that mediating technologies make on the ideo-theological inflections that surround the acts of the lone wolf. Such a recognition, especially as it pertains to new media such as the internet and worldwide web, troubles the very taxonomy of the so-called Islamic terrorist, revealing the inconsistency and even incoherence of the “Islamic” theo-ideological inflection with which he attempts to justify his acts of violence.

1  Lankford, Adam. “A Comparative Analysis of Suicide Terrorist and Rampage,

McLuhan, Lewis Mumford, and Walter J. Ong to such cases as that of John “Yahya”
Georgelas, Nidal Malik Hasan, and to the phenomenon of “jihadist” poetry. A detailed
account of these readings is currently in progress, under the auspices of the Center
for Advanced Research in Global Communication. It should be reemphasized,
however, that this claim does not posit a techno-determinative role for media with
regard to violent extremism. Rather, by demonstrating the homology of specific
communication technologies and violent, extremist theo-ideologies, this project
intends to challenge the prevailing discourse of radicalization, which treats
theo-ideology as itself determinative of and anterior to violent extremism.

Times, Guardian, and the above FBI briefing.

7 Berners-Lee, Tim, and Mark Fischetti. Weaving the Web: The Original Design and

Ultimate Destiny of the World Wide Web by Its Inventor. New York: HarperBusiness,
2011.

8 For a discussion of the internet's tendency to  foster multiple, disintegrated, and

contradictory identities in non-pathological subjects see: Seibt, Johanna and Marco
Nørskov. “”Embodying” the Internet: Towards the Moral Self via Communication
Robots?” Philosophy and Technology, Vol. 25, no. 3, September 2012 and Turkle,
Sherry. Life on the Screen: Identity in the Age of the Internet. New York: Simon &
Schuster, 1995.

Mumford, Lewis. Technics and Civilization. Chicago: The University of

Wood, Grame. “The American Climbing the Ranks of ISIS,” The Atlantic,

Brachman, Jarret M. and Alix N. Levin. “You, Too, Can Be Awlaki!” The Fletcher

Brian Hughes is a PhD student in the School of Communication at the American University.