Where is globalization headed in ‘unsettled times’?1

Globalization as we have known it for the past nearly three decades seems to be stagnating—or at least it is changing its face. The international economy is no longer growing as fast as before; states are increasingly re-orienting themselves around the national imaginary, and trade agreements are breaking down. Social inequalities intensify public dissatisfaction in both open and closed systems, while refugee and migration flows increase. Global forms of terrorism wars increase insecurity and fear. Meanwhile, political, economic, and military balances are in flux, and tensions are increasing in many parts of the globe. Climate change and shrinking resources threaten the environment, inspiring the mobilization of youth movements against the current global order. Rapid technological development is contributing to changes in familiar norms and values, with global internet giants forming their own trans-national institutions, economies, and cultures within and across existing nation-states.

Global mass mobility has accelerated among disadvantaged social strata together with an explosion of tourism, putting billions of people in motion, creating unprecedented conditions of fluidity, de-localization, and CO² emissions. The “global city” has evolved into a “neoliberal utopia of exclusion,”2 linking places of (often self-declared) excellence with each other without consideration of their local and geographical contexts.

Meanwhile, a global trade war for technological supremacy is raging between the global powers, particularly in the Pacific and partly also in the Atlantic, threatening the foundations of the international civil order. Most global organizations and bodies such as the United Nations, UNESCO, the International Criminal Court, the WTO, and even “contextual political” organizations such as the IOC are in the deepest crisis of legitimation since their (re-)foundation after WWII. This is not least because differing and “competing modernities” (Martin Jacques) touch upon fundamentally different views of what the rule of law, and thus international laws and agreements as such, may and should be.

Many of these developments are interwoven in complex ways, and some of the resulting processes seem increasingly unmanageable. Together they have led to a shift in voter behavior towards the political right in open societies, with new forms of populism tempting public rationality with promises of clear and fast solutions, while at the same time an increasing number of societies seem even to ponder saying farewell to democracy,3 tending to prefer fast and hierarchical decision-making over longer dialogic processes. The resulting “crisis of democracy” has put an end to the dreams of universal democratization that characterized the start of the post-1990s globalization phase. In a world of de-internationalization, re-nationalization and a rising “multipolar global order” dominated by new bilateralisms and the return of national mindsets, it is increasingly difficult to understand the world as a whole, let alone to unify around integrated policies.

Taken together, globalization as we knew it is undergoing a rupture—which will require a thorough review of its achievements and shortfalls over the coming years. Critics speak of its most profound and substantial crisis since its (allegedly) post-ideological, “post-modern” and neoliberal inception at the start of the 1990s. It is particularly the liberal global civil order, buffeted by economic and political rifts of historical proportion, that is under scrutiny.

The current system of international relations, including its basic elements of checks and balances, was conceived after 1945 and again after 1989-91 with a more static, “ordered,” and predictable world hungry for peace and reconciliation as its aim. Today it faces a fluid, transnational, and in many aspects “borderless” reality that has developed since 1989-91 and particularly since the start of the 2000s. The “old” world order that gave rise to the present phase of globalization worked by the logics of “classical” ideologies through a dialectics of antithesis and synthesis, not through the current multiplicity of pragmatic and ideological approaches widely incompatible with each other and framed by the rather chaotic rise of a multipolar global order. Yet after three decades of incubation, a turning point is indicated by historical symptoms such as Brexit, Trump, and the exuberant expansion of neo-authoritarian societies such as Xi Jinping’s China and Recep Tayyip Erdogan’s Turkey. In each of these cases, politicians are arguing for mono-lateralism, insisting that “they need no friends.”  All these symptoms suggest that we live in an age demanding refinement, reform, or even redefinition of the system of globalization, including its main institutions.

After three decades of incubation, a turning point is indicated by historical symptoms such as Brexit, Trump, and the exuberant expansion of neo-authoritarian societies…

Further pushing multi-versal transformation, these trends are now combined with the rapid development of unprecedented new technologies such as Artificial Intelligence (AI) that drive human-machine convergence and represent a major global and geopolitical force. A majority of strategy specialists consider AI as serving authoritarian regimes better than open democratic dialogue because it is oriented towards fast decision-making, thus in substance anti-democratic. The “techlash” of democracy and open society created by new technologies has just started and will show its full consequences only over the coming years and decades. This could contribute to the modification or even end of the concept of “liberal democracy” as we knew it. Already, politicians such as Russia’s president Vladimir Putin insist that this concept has become “outdated” precisely because it is unable to master the effects and consequences of “radical” globalization, and thus in his view needs to be replaced by concepts such as “steered democracy.” Others such as Harvard theorist Yascha Mounk4 hold that liberal democracies may be in temporary need of adopting “republican” (i.e. stronger representative and less direct democratic) traits in order to protect their openness from outside intrusion, managing decision-making so as to survive the current historical trend of rising illiberal, closed, and authoritarian systems on the global level.

As a result, charting globalism’s contemporary ruptures and rifts from the perspective of “repair and improve” has become a core challenge for global studies. Over the past few years such attempts have become catalysts particularly for the birth of the notion of engaged globalism, i.e. of critical globalization studies5 questioning the ideologies in the background of current retro-globalization processes. 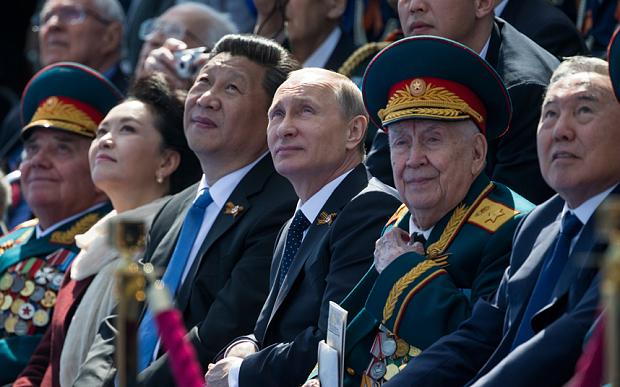 This kind of questioning is exactly what we endeavor to undertake with this global-e essay series, addressing “the new frontiers of globalism” or, as we prefer to call it, the challenge of “re-globalization.” To get a grip on the complexity of current developments and more accentuated contradictions than we were used to since the “happy” 1990s, we focus on a five-fold “options model” reflecting our current research focus at the Center for Advanced Studies of Eurac Research Bolzano-Bozen.

In our view, the five basic options for how to respond to present-day globalization are refining, reframing, reforming, redefining and/or revisioning its current status and mechanisms, as well as its concepts and methodologies. These five (typological) options do not exclude each other, and the differences between them are often subtle. Yet some of their resulting paths differ strongly and some of the resulting trajectories may be opposed to each other. What unifies all of them is the conviction that because globalization is currently undergoing “wild” change, its renewal or reconfiguration must involve a basic joint pattern of understanding. From this perspective:

• Refining means to clarify how globalization should be periodized. We align ourselves with contemporary scholars who date the start of the latest phase of globalization with the fall of the Berlin wall in 1989 and the collapse of communism in 1991. Rather than try to encompass the longue durée of globalization, we are focusing on the recent neoliberal phase, its transformations and its current rupture.

• Reframing means to conceive of globalization in a different way, for example by adapting it to new power constellations and changing overall contexts, including those shifting ones between the three main global powers: international organizations, the nation-state, and NGOs.

• Reforming means making efforts toward substantial changes in mechanisms and efficiency in order to renew basic features of globalization.

• Redefining means to reconsider the very basic definitions of globalization, coined by different disciplines in often divergent ways. Such redefinition should involve more intense inter- and transdisciplinary exchange of both concepts and experiences. Redefining would mean to systemically include all six core dimensions of the globalization process—economy, politics, culture, religion/spirituality, demography and technology—in balanced, equal, and non-exclusive ways when analyzing current global phenomena.

• Revisioning means to fundamentally reconsider globalization as such, including its very legitimacy of existence and its pros and cons—for some, matters of “live or die”—in the light of the above-mentioned profound changes of the 21st century. This may include the consideration whether globalization should or should not persist, and the price of pursuing various options.

This global-e series is meant to work in an explicitly experimental way with these five options, by typologically discerning them in “blocs” even if, in reality, all five paths are “naturally” interwoven in the process. The series derives from a conference, “Understanding Globalization Today,” held at Eurac Research in May 2019, which concentrated on a distinctively European discourse about globalization. This needs to be explicitly foregrounded, since we’re suggesting an effort to restore a project of globalization that was taken up under the “civil power” banner of the European Union, while trying to rebalance and reform it at its foundations. Thus, the essays in the series are premised on an intentional project that needs to be reoriented in light of historical changes and new challenges. We do not focus on globalization in East Asia over the past 30 years or emerging new concepts from the South. Can globalization be refined, reframed, and reformed the same way for all three regions? Despite the differences, there seems to be a distinctive way that European politicians, policy makers, and researchers are talking about globalization, which in the end needs to be confronted with an increasing number of different, non-Western and non-EU-approaches.

2. Mark Bailey. “The neoliberal city as utopia of exclusion.” Globalizations, May 3, 2019.

Roland Benedikter is Co-Head of the Center for Advanced Studies of Eurac Research Bolzano-Bozen, Italy.

Ingrid Kofler is Senior Researcher at the Center for Advanced Studies of Eurac Research Bolzano-Bozen, Italy.