The digital transformations of the late 20th and early 21st centuries have created amazingly quick ways of satisfying various needs regardless of the alignment between values and needs. Digital technologies are decisively influencing relations between customers, workers, employers, and governmental authorities, and changing almost everything we do—the way we live, learn, work, relax, think, and make decisions (Mühleisen, 2018; Schwab, 2016; Wendy, 2000). For this reason, they embody growing contradictions in the value systems of individuals, social groups, and civilizations (Miller, 2015).

Today, as globalization brings people closer together, many feel the need to live as a global community. It is said that this can be done if there are global values to bind people together (Annan, 2003), which would enable humankind to build its future in a systematic manner using the entire scientific and technological arsenal of the 21st century. This study examines global values in relation to ultimate development goals and possible social and economic development models for global society in the era of digital transformations.

Solutions to this problem of values and societal development have been sought by many philosophers, psychologists, social scientists and others both past and present.1  Our studies (Bondarenko, 2014; Bondarenko, Aleshkovski, Ilyin, 2019) have shown that humankind pursues only one ultimate goal in its development, the goal of satisfying the supreme need of each individual: the achievement of physical, intellectual, and spiritual self-realization or perfection. Effectively, the human capacity for this achievement is the basis for the principle of the unity of humankind. But this raises the considerable philosophical issue of achieving common goals (if even possible in principle) for all people, sharing one and the same ultimate value and the identical motivation to find a new development path for the whole of global society that meets the needs of each individual.

A holistic, systemic, comprehensive, and interdisciplinary approach to global development would recognize that any proposed solution must depend on a scientifically substantiated understanding of the ultimate development goal. It would provide a key to understanding that most social uncertainties and crises are characteristics of a specific phase of development occurring at a specific time and associated with a particular development paradigm. The paradigm most suited to the future is the one that takes account of objective laws of development, surmounts adversities, and creates all conditions for achieving the ultimate goal.

Our research (Bondarenko, Aleshkovski, Ilyin, 2019) has shown that global development so far consists of two phases as represented by the following paradigms: the first, a direct connection between production and consumption and the second, a mediated connection between production and consumption. On this basis, humankind’s entire path of development can be divided into three stages.

The first stage was characterized by the domination of a social system represented by the direct connection paradigm, in which humans consumed everything produced by primeval, manual forms of labor. Hence there was only minimal time between the moment an individual began to feel a need and the moment they satisfied it. Such pre-industrial production, in which individuals produce for themselves or in response to a request from another specific individual, corresponds to household-level artisan production. At this stage, humankind’s movement toward the ultimate goal was a spontaneous process.

The emergence of the division of labor, primitive technologies, a market, a class of merchants as mediators, and money as a signifier of labor output resulted over time in the replacement of the direct connection between production and consumption with a mediated connection. This brought humankind into the second stage, and a new paradigm. Industrial technologies that came into being during this stage sped up development in time and space, resulting in mass industrial production with growing domestic and foreign trade, and mass consumption. Production and trade targeted the mass abstract consumer and had the sole aim of obtaining maximum profit. The specific individual was reached by the producer through a spontaneous form of connection, which triggered growing global disjunctures between the time of production and the time of circulation of goods and money as well as their desynchronization and abstraction.

[H]umankind pursues only one ultimate goal in its development, the goal of satisfying the supreme need of each individual: the achievement of physical, intellectual, and spiritual self-realization or perfection.

Today, crises, chaos, complexities, and other adversities are reproduced within the framework of this development paradigm on global scales and with an increasing likelihood of a catastrophe.2  Migration is one example, a result of living standards and opportunities in some countries being dramatically worse than those in others. It has grown in scale significantly since the mid-20th century, endangering the security of destination countries (Aleshkovski, 2017). It generates a tremendous and mounting desire for change in communities across the globe, indicating that this paradigm has reached its peak and faces inevitable decline. The current global development model has used up its entire potential.

A third stage of human development is considered to have begun in the 1970s with the appearance of information and communication technologies (ICT), which can be the basis for direct communication with the consumer and for flexible production systems that can be adjusted in real time to meet specific needs. But ICT has failed to change the prevailing development paradigm, to sustain the opportunity to establish a direct connection between production and consumption, and to harmonize the interests of producers and consumers. Instead it has become a means of collecting, storing, and processing huge volumes of information and a means of raising economic productivity through full-scale automation, both in the interest of global markets. 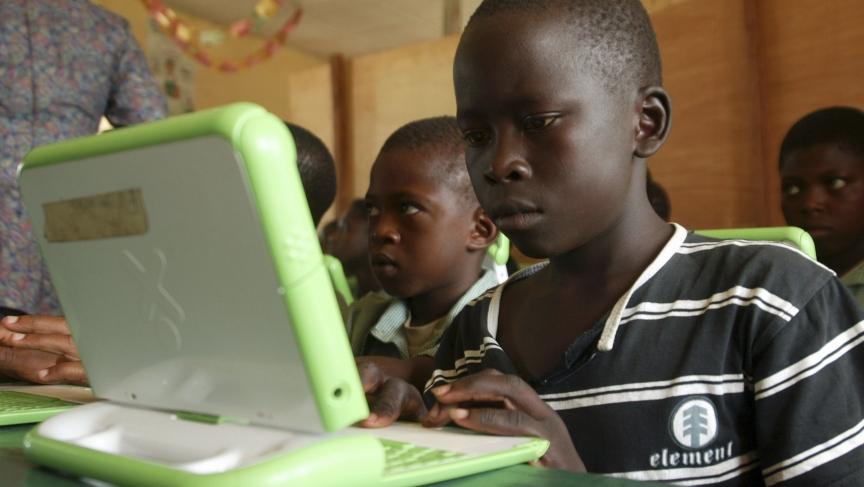 Yet digital technology and other cutting-edge 21st-century technologies also have the potential to recreate a situation where production satisfies the needs of each individual, where nothing redundant is produced, and where there is a maximum variety of goods and a digitally guaranteed equality of access to them. Only the digitally-based equality of individuals, their equal and customized access to the fruits of civilization, and the harmonization of their interests at each local level via self-governance, would be able to eliminate systemic defects in the socioeconomic development of local communities and ensure local equality in any region. Digitally-based equality of regions and countries would pave the way to global changes, laying the foundations for a transition to a post-industrial version of the first phase of socioeconomic development (through the direct connection paradigm)3—an opportunity that is very important not to miss.

Our research has shown (Bondarenko, Ilyin, Korotayev, 2017) that the fourth technological revolution is a necessary condition for transition to a new development paradigm. All countries have been quick to adopt various achievements of Industry 4.0 such as artificial intelligence (AI), the internet of things, biotechnology, and neurotechnology. This implies three potential models for global development, each of which involves its own systems of relations among the state, society, the business community, and individuals depending on the goals that are chosen.

First Model: Society consciously or unconsciously chooses its goals of development, and a small group of people sets its own goals. All the sets of goals are different. Development is a trial-and-error process and the future is uncertain—that is, movement toward any particular goal may never reach a point where it triggers a transition to a new socioeconomic model. Moreover, differing goals are likely to be the source of unpredictable tensions and conflicts.

Second Model: Development remains within the framework of the present-day system. It is a planned process serving the interests of a small group of people. It pursues a goal set by this group, and complies with its values. The model involves a trend toward technological singularity, the core of which is comprised of AI, biotechnology, and other technologies for managing and manipulating minds. This model has the ultimate aim of controlling the world in order to maximize profits. It would entail growing risks for the state, society, and the individual, and prevent a transition to a new socioeconomic paradigm, not to mention that it would likely undermine the realization of the highest human aspirations.

Digital technology and other cutting-edge 21st-century technologies have the potential to... eliminate systemic defects in the socioeconomic development of local communities and ensure local equality in any region.

Third Model: Digital and other technologies of Industry 4.0 create conditions for the adoption by global society of the planned development model that involves understanding the ultimate goal and serves the interests of each individual. This model means the prioritization of the interests of specific individuals, the real-time harmonization of the interests of different individuals, production that is based on digital technology and meets the needs of specific people, and the absence of redundant production, which helps save resources, solve environmental problems, halt negative climate changes, and prevent natural disasters. Most importantly, it would enable everyone to have more time for self-realization and would stimulate people, especially young ones, to participate in rapid and sustainable development in pursuit of the ultimate goal. In this case, technological singularity would be simultaneous with the singularity of the emergence of new relations between people, and with their recognition of the need for an evolutionary and irreversible process of pursuing the ultimate development goal. 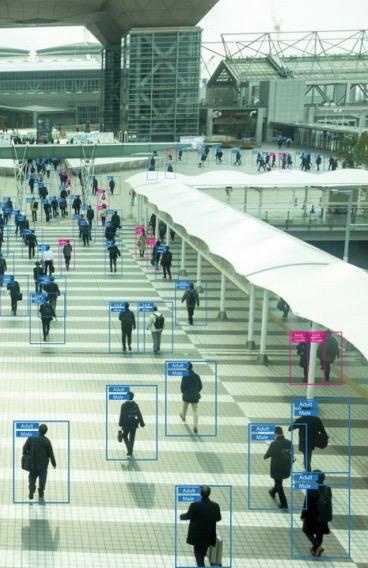 Today, the world is positioned between the first and second models. However, rapidly emerging technologies and broad-based innovation together with rising conflict—simultaneous aggravations in international relations, refugee crises, sanctions and trade wars, armed conflicts, and so forth—are quickly pushing global society towards the second model. The ultimate human and societal development goal, therefore, is achievable on condition that governments recognize that the adoption of various cutting-edge technologies is already generating the conditions for the most threatening potentials of the prevailing global system. From this recognition they can engage with their populations and the world community to put the realization of the third model at the top of their agendas, and develop strategies to bring it about in order to safeguard their nations and to ensure both general security and sustainable development.

It is essential to harmonize the interests of each individual with the interests of others at each local level and in real time. Consequently, the synchronization of the technological singularity of the digital economy with the singularity of newly evolved relations between people represents sufficient conditions for bringing forward the desired moment in the future. Global values can only be viable and made a reality if they are determined by this ultimate goal.

3. It is the paradigm where there only exists production that targets the needs of each individual and there is no redundant production. But it is post-industrial production, which, for example, includes additive manufacturing that ensures quick real-time customized manufacture of goods of any kind for a specific consumer.

Laszlo, Ervin, et al. (1977) Goals for Mankind. A Report to the Club of Rome on the New Horizons of the Global Community. New York: Dutton.

Ivan Aleshkovski is Associate Professor of the Faculty of Global Studies at Lomonosov Moscow State University and Director of the Lomonosov MSU Center for Educational Development Strategy.

Valentina Bondarenko is Leading Researcher of the Russian Academy of Sciences Institute of Economics and Director of the N.D. Kondratieff International Foundation.

Ilya Ilyin is Professor, Head of the Department Globalistics, Dean of the Faculty of Global Studies at Lomonosov Moscow State University.