Rohingya rickshaw driver in the detention camp complex on the outskirts of Sittwe, Rakhine State. Photo credit: the author

The Myanmar-Bangladesh border is now home to the world’s largest refugee camp, owing to the Myanmar state’s genocidal violence against its Rohingya. A campaign of brutal violence, rape, and partial or complete destruction of over 350 villages, forced a staggering 700,000 Rohingya to seek refuge in Bangladesh since August 25, 2017—the fastest flight of people since the Rwandan genocide. The Myanmar government’s consistent policy of denial and cover up prohibits independent determination of the death toll, though estimates suggest over 20,000 were likely killed during violence carried out by Myanmar security forces and Rakhine Buddhist civilians.1  Around 26,000 non-Muslims have also been displaced by the violence.

We tell ourselves “never again.” We are equipped with knowledge enabling us to predict genocidal mass killings before they occur. Yet we consistently fail to promote transparent and inclusive societies which celebrate diversity, understanding, and respect for religious, cultural, and ethnic differences.

Modern genocide is a form of social engineering, often a long-term process, consistently involving a number of not necessarily linear ‘stages’, including the dehumanization, isolation, and systematic weakening of a population prior to the perpetration mass killings. Conceptualizing genocide in this way, as a process rather than a single event involving mass murder, enables us to intervene before it’s too late. The genocidal phase comprising large-scale violence and mass killings cannot occur without the foundations being carefully laid. Conceptual problems with the legal definition of genocide, together with historical precedent, apparently oblige us to wait for mass killings to occur and a court to label those killings genocide, before we can label this kind of violence what it is.

Genocide scholars have documented a range of strategies of physical and psychological destruction that take place prior to mass killings. Tactics of physical destruction include overcrowding, malnutrition, epidemics, lack of health care, torture, and sporadic killings. Psychological destruction occurs through humiliation, abuse, harassment or killing of family members, and attempts to undermine solidarity through collective punishment.2  Harassment and terror tactics are designed to force members of the out-group to leave, rather than outright killing them.3  One year prior to Bosnia’s Srebrenica massacre a Republika Srpska (RS) Army report referenced a "crucial task" to be executed: “the expulsion of Muslims from the Srebrenica enclave… The enemy’s life has to be made unbearable and their temporary stay in the enclave impossible so that they leave en masse as soon as possible, realizing that they cannot survive there,” it read.4 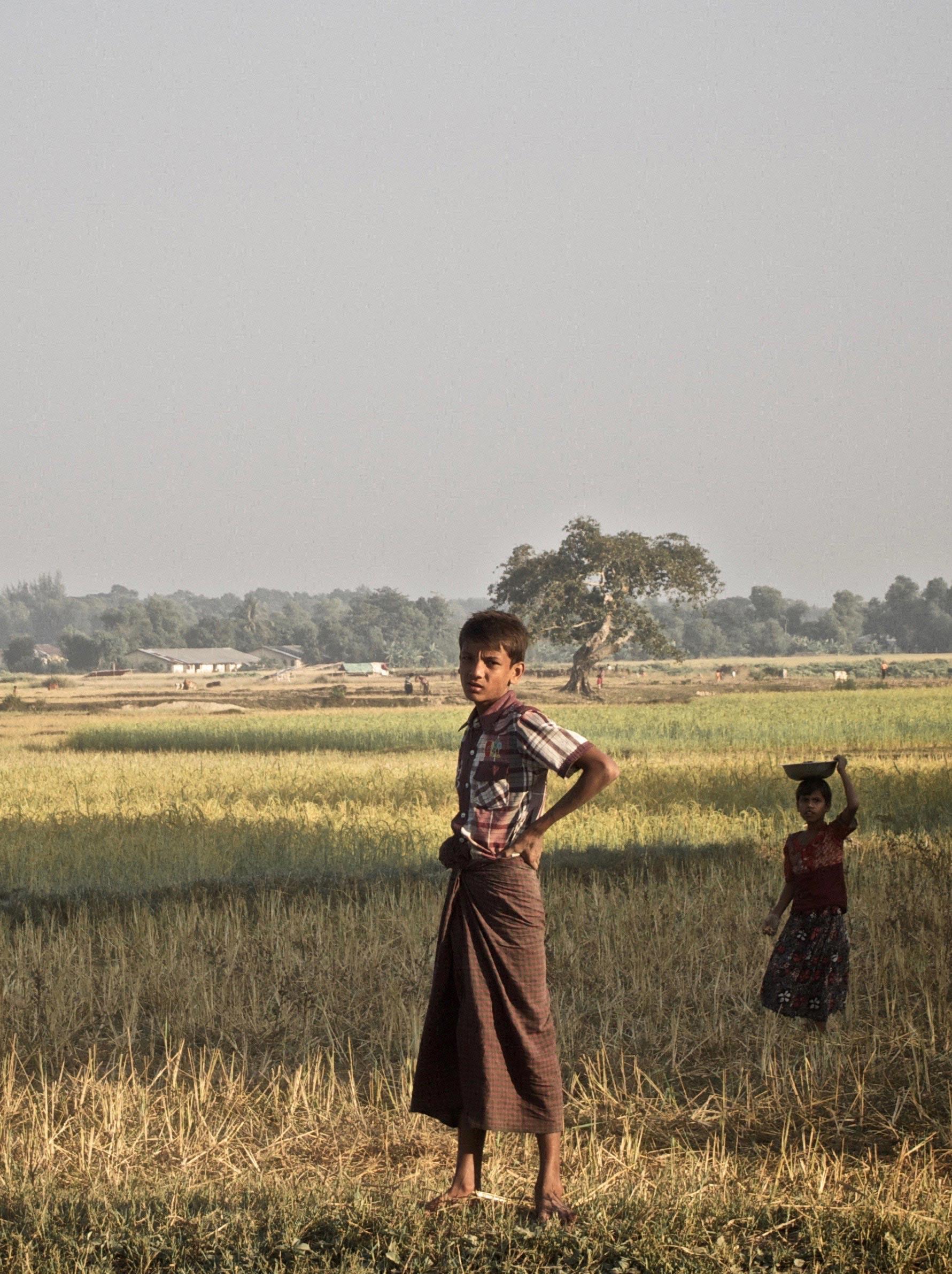 Genocide is not spontaneous, nor can it occur without preparation: practical, logistical, strategic—and most importantly—ideological preparation. The primary goal of the latter is to mobilize support for action yet to come, given that the destruction of members of a ‘target’ group necessitates support from members of the ‘in’ group as either direct participants or complicit bystanders.5  An exclusionary ideology, designed to elicit support for the systematic removal of the ‘other’, is therefore central to the genocidal process. Exclusionary ideologies dehumanize victims in the minds of the perpetrators, providing psychological justification for their elimination: “In order to avoid too great and widespread an emotional reaction, the majority of the population has to be turned into indifferent witnesses, accomplices, or agents of the massacre.”6  The creation of ‘internal enemies’ erodes the natural human aversion towards murder,7 psychologically enabling teachers and students, neighbors and colleagues, even family members, to kill members of the target population.8  In the case of Myanmar, this involved pitting Buddhist Rakhine against Muslim Rohingya, fueling hateful nationalism and suppressing moderate views.

Political leaders manipulate and exploit real or imagined grievances of the ‘in group’ in order to mobilize hatred against the target group.9  Myanmar’s Buddhist Rakhine community harbors legitimate grievances surrounding severe poverty and economic underdevelopment, as well as the perpetration of land grabs, natural resource exploitation, and suppression of Rakhine culture by the Myanmar state.10  A Rakhine historian told ISCI researchers in 2015: “We Rakhine have had many enemies, but mostly the Burmese... There are so many dangers for our people, we must protect [ourselves], we can’t think about human rights…we are struggling not to have our identity and community overrun... We have no future... We must defend our community... We are afraid of losing our identity, our race, our language.”11  In recent years these fears have increasingly been expressed in relation to a perceived Muslim threat.

Genocide is not spontaneous, nor can it occur without preparation: practical, logistical, strategic—and most importantly—ideological preparation.

Our research suggests that the Myanmar government, together with state-sponsored elites, have successfully manipulated and channelled legitimate Rakhine concerns into hostility towards the Rohingya in an effort to deflect Rakhine resistance against discriminatory government policy.12  A Rakhine civil society leader interviewed by ISCI described how the community had been ‘distracted’ by the Bengali issue: “Sometimes the government manipulates the Rakhine…because they want to continue projects, like the gas pipeline project… We have a lot of campaigns [to resist these projects], so they manipulate the Bengali conflict…the government diverts our attention... The government creates trouble between the two communities…we demand a share in the profits… We have had campaigns against these projects, like our 24 hour electricity campaigns... This campaign was growing, spreading from Sittwe, Kyauk Phyu, to other regions...the government is using the conflict, creating problems between the communities, and using this to take the profits.” Another revealed: “The government have told us – ‘we are not your enemy, the Bengali are your enemy’.”13

This exploitation of legitimate grievances coupled with the use of heavy propaganda, agitation and incitement, aimed at deeply indoctrinating perpetrators, paves the way for genocide to occur. Similarly, radio propaganda in Rwanda encouraged fear and hatred of Tutsis, labeling them as "cockroaches,"14 "snakes" and "devils who ate the vital organs of Hutus."15  Myanmar state run media has likened Rohingya to "detestable human fleas."  Prominent Monk Wirathu has said: “Muslims are like the African carp… They breed quickly and they are very violent and they eat their own kind.”  These lyrics of hate are examples of a broader narrative that dehumanizes and excludes the Rohingya from both Rakhine and Myanmar’s ‘universe of moral obligation’.16 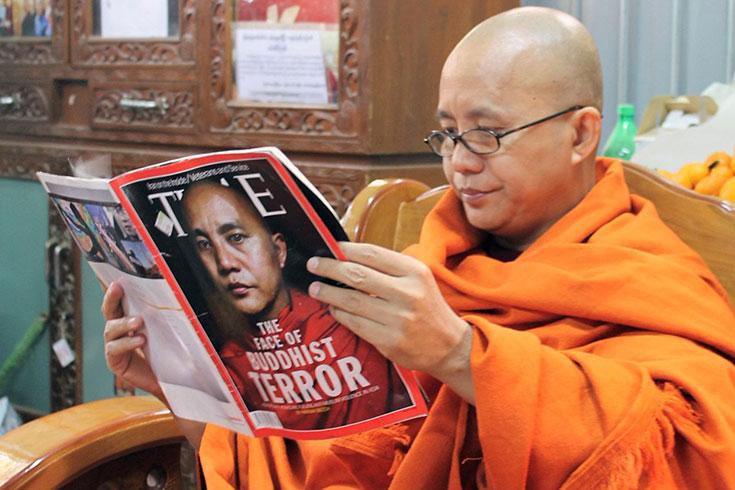 Labeling the target group an ‘enemy of the state’ also reinforces popular support for nationalists and for the military as institution responsible for protecting the nation. On September 1 2017, Defence Commander in Chief Min Aung Hlaing issued a statement claiming, “Entire government institutions and people must defend the country with strong patriotism,” going onto describe the ‘Bengali problem’ as a long-standing “unfinished job, despite the efforts of the previous governments to solve it. […] We openly declare that absolutely, our country has no Rohingya race,” he said.

Nazi propaganda was employed by National Socialists to dehumanize Jews and manufacture popular support for the Nazi regime, thus ensuring its continued legitimacy and the indifference of the majority of the population to its ‘final solution’. Adopting terrorist rhetoric dehumanizes the Rohingya, framing their elimination not simply as psychologically acceptable to vast swathes of Myanmar’s population, but as central to protecting national interests: land, race, and religion. A Rakhine politician claimed in 2016 that “All Bengali villages are like military strongholds.” A terrorist narrative ensures the Myanmar military maintains popular support for its indiscriminate violence against the entire Rohingya population, and brings political capital ahead of an election expected to be held in 2020.

Labeling the target group an ‘enemy of the state’ also reinforces popular support for nationalists and for the military as institution responsible for protecting the nation.

Analysts’ warnings that decades of discrimination and oppression against the Rohingya could lead to armed resistance in the region have, predictably, become a reality. The pervasive persecution of the Rohingya is directly linked to the origins of the Arakan Rohingya Solidarity Army (ARSA). Instead of tracking down and prosecuting those responsible for the August 25 attacks, however, security forces launched a genocidal campaign of collective violence against the Rohingya in northern Rakhine state. Adopting a ‘Bengali terrorist’ narrative relieves the state of responsibility for addressing the long running structural grievances which animate hostility against the Rohingya within the Rakhine community. 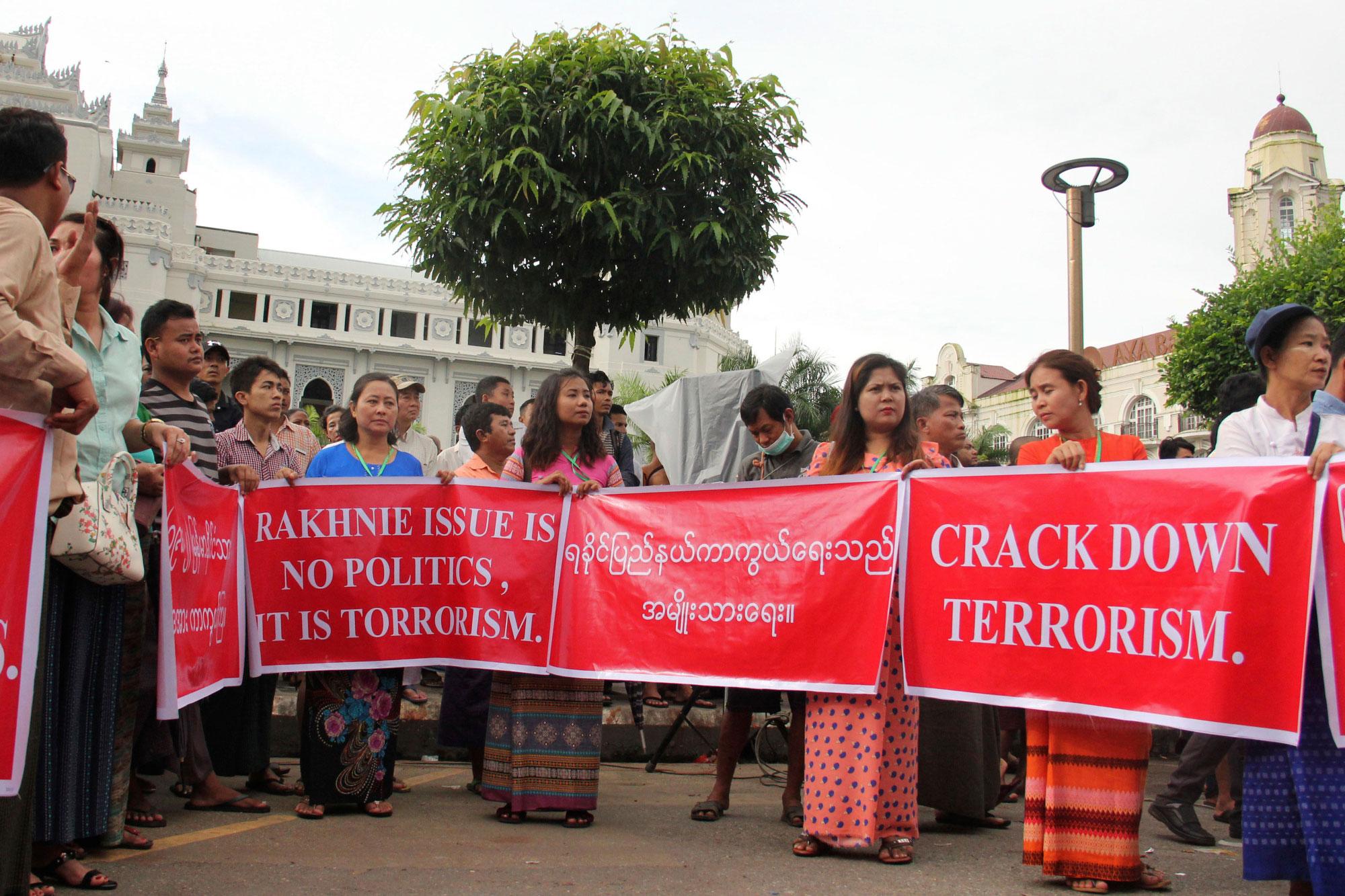 The violent crackdown on Rakhine protestors in January of this year perhaps represents the return of simmering Rakhine grievances in the form of resistance against the state, now that the ‘Bengali enemy’ has largely been eliminated. Though the precise nature of future Rakhine resistance remains to be seen, a strong and well organized political and civil society nationalist movement has emerged in response to decades of Burmese government oppression and a state-manufactured enemy. Recruitment for the Arakan Army, whose goal is to liberate the Rakhine people from Burmese domination, ramps up from its northern Myanmar base.

The world looks on as genocide of the Rohingya continues. The psychological toll and destitute conditions of life in refugee camps for those who remain ‘physically’ alive weighs immensely, prohibiting them from living any meaningful human existence. Many more will physically perish: The fate of those remaining in Myanmar’s northern Rakhine state is violently precarious, and many in Bangladesh will fall victim to disease, malnutrition, and brutal trafficking networks. Meanwhile, the Myanmar government continues full steam ahead with its violent social engineering scheme: denying all violence against Rohingya civilians and the very existence of the Rohingya identity, reconstructing demographics in northern Rakhine state by re-settling ethnic Rakhine from areas further south, and physically destroying evidence that the Rohingya ever existed in Myanmar.

1. This estimate of Rohingya deaths is based on interviews and calculations conducted by the International State Crime Initiative in Bangladesh during November 2017, together with discussions with Rohingya activists, and combined with MSF’s six retrospective household mortality surveys covering the period 25 August to 24 September 2017. The MSF estimation of between 9,425 and 13,759 Rohingya deaths is equivalent to the death of 2.26% (between 1.87% and 2.73%) of the sampled population. MSF make clear that their figures are very likely to be an underestimate as the sampling focused on deaths resulting in just a one month period (and we know killings continued in the months that followed), that not all refugee settlements in Bangladesh were surveyed and that those instances where whole families were killed were not accounted for.