This paper is a preliminary attempt to conceptualize what may be called “Asian globalization” by trying to both delineate and incorporate a related idea, globalization in Asia. The latter—globalization in Asia—implies that globalization as a process originated in the West and historically, through diffusion, has reached and thus incorporated other geographical regions such as Asia. That description, I would argue, more closely fits the idea of modernization rather than globalization. It is valid to claim that modernization as a social transformative process began at a certain time in the West—more specifically, in Europe—and then diffused to other parts of the globe through the world-wide expansion of capitalism. For example, a certain piece of technology that was invented in England as part of industrialization, the bedrock of modernization, surfaced later in India or China.  Or, an institution (say, the university), or the parliamentary form of democracy, or a sport such as cricket or football, or an art form like cinema, was transported to India, China, or the Philippines. Both empirically and conceptually, it is possible to accept the argument that modernization—broadly, viewed as a socio-economic and cultural process that accompanied Industrial Revolution, having originated in Europe in the eighteenth and nineteenth centuries—has diffused to other parts of the globe; thus modernization, which was once local or regional, has now become global. Consequently, many writers equate global modernization with globalization. As a description of world-wide historical transformation, this narrative is satisfactory. However, an analytical distinction between modernization and globalization is almost a precondition for conceptualizing Asian globalization.

The view that globalization is global modernization is one of the many existing understandings that can be traced to Karl Marx. Capitalism, as an economic system with its attendant social and political institutions, has been viewed as the paradigmatic representation of globalization that has brought the entire world under its fold. Several globalization theorists equate globalization with capitalism and see the expansion of markets and transnational integration of production as the defining features of globalization. One could easily broaden this view by adding the expansion of various ancillary institutions that sustain capitalism, from banking to commercial laws to the norms of capitalism, both at the collective and individual levels. Writers who focus on the expansion and replication of European institutions worldwide have a point. The only problem with this narrative is that it presents a unilinear view of world history. A number of writers, for example, Jack Goody and John Hobson among others, have in recent years brought our attention to the role of the East in the making of the West by challenging the unilinear, one-way view of history. They also insist on overcoming the binary of Europe and Asia and propose Eurasia as a geographical and historical entity to highlight both geographical propinquity and economic connectivity. This deeper historical analysis reconstitutes geography, offering a multidimensional and non-linear perspective that results in an alternative view of globalization by de-linking it from its purported European origin. Globalization, viewed as structures of connectivity manifested in exchanges of ideas, thoughts, ideologies, practices and shared values, has multiple origins. Europe-centric globalization is only a modern version of this process.

Two inter-related views of Asian globalization can therefore be proposed. One view may be called “Asia-centric globalization,” a view that would place Asia, at least, historically, at the center of the world, not unlike the perspective of the rulers of China during the Ming period. Historians such as Janet Abu-Lughod have, for example, described an early world-system of the mid-thirteenth to mid-fourteenth centuries featuring exchanges and relations between cities and temples that dotted Asia well before Europe achieved a hegemonic status. One could go back a few centuries earlier by examining the history of the spread of Buddhism, Hinduism, or Islam as early examples of Asian cultural globalization. Early universities in Asia such as Nalanda in Bihar, India provide a case in point: it was a Buddhist institution of higher learning that existed from the 5th to the 12th century AD, which attracted students from Sri Lanka, China, Korea, Japan, Mongolia, and Turkey.1  Through the revival of this university in 2006 with assistance from Japan, Singapore, and India, the discourse of Asia-centered cultural and intellectual globalization is now receiving attention.

...deeper historical analysis reconstitutes geography, offering a multidimensional and non-linear perspective that results in an alternative view of globalization by de-linking it from its purported European origin.

A more nuanced view, which may be called an entangled view of Asian globalization, combines both of the two conceptualizations above to broaden our understanding of globalization so as not to equate it with capitalism. Globalization may be seen as a process of connectivity expanding cultural spheres and practices involving multiple geo-cultural regions.

Of the World’s 7.5 billion people in 2018, 4.5 billion (or over 60%) live in Asia. Asian economies make up 38% of the world economy, and three of the world’s largest economies—China, Japan, and India—are located in Asia. A new group of economies follow close behind: Indonesia, Bangladesh, and Pakistan are all making significant progress in economic development, are large countries in terms of population, and have great economic futures. It would not be an exaggeration to say that the center of gravity of globalization has shifted to Asia. One school of thought claims that the process or transformation began in the last quarter of the twentieth century. Another will date its onset at least five centuries ago.

In the last quarter of the twentieth century some major shifts were taking place in the world. First, new power alignments were emerging that challenged the economic dominance and cultural hegemony of the West. At one level, the Cold War had reached its peak. Yet even before the collapse of the Soviet Bloc countries, changes had begun to take place in Asia. Initially, the only country outside of the US and Europe that was able to modernize economically and politically was Japan. Following its economic success in the second half of the twentieth century, Japan’s modern, global economic model was replicated in South Korea, Taiwan, Hong Kong, and Singapore. Decades later, a similar model was pursued in post-Mao China. 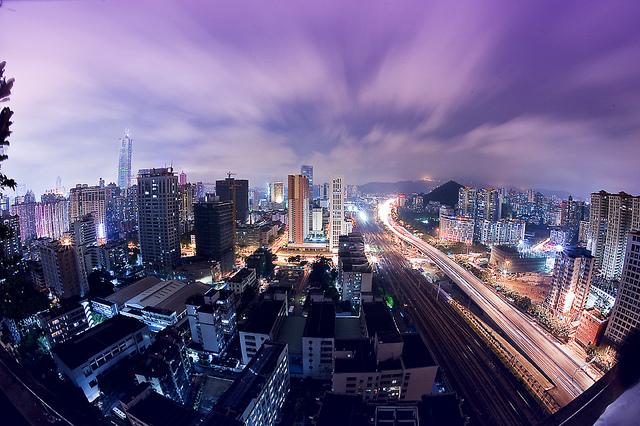 Following the rise of East Asia and Southeast Asia, a number of writers began to refer to the forthcoming twenty-first century as the Asian century or the Pacific century. Economic development and modernization in countries like Singapore gave rise to a collective self-confidence and a reinvigorated self-assertion. ‘Asia is back in business’, ‘Asia is awakened’, an ‘Asian renaissance’ and such phrases became the part of a new rhetorical repertoire.

In the areas of educational success as measured in the international comparative tests and research productivity, Asia has done remarkably well and can be said to have contributed to the notion of the Asian globalization. It may not be far-fetched to see some links between the Confucian tradition of respect for knowledge and perseverance that assisted the countries in the Confucian region, aided by the western values of meritocracy and upward mobility through hard work.

Table 1
Number of Papers in the top 1% of most highly cited journals in maths and computing.2

Table 2
PISA scores of 2015, which compared 15-year olds across 72 participating countries in an international standardized test, reveals the dominance of Asian countries.3

Asian globalization is not culturally unique. The influence of Confucian culture in Singapore, for example, has always been blended with the best educational practices in the western world. Most of the Asian rising powers were keen to keep up with the pace of scientific and technological developments in the West. The successful universities in Asia have not reinvented the wheel but rather have followed the best practices of and collaborated with the leading universities of the world. In China, Research and Development expenditure has grown tenfold between 2000 and 2016.4

Asian globalization, therefore, is a newly entangled globalization centered in the geographical regions of Asia, where a new syncretic process adopts, modifies, integrates, and transcends ideas and institutions to create an interconnected economic and cultural system. The cultural uniqueness argument, once advanced, has to be seen as a sign of an assertiveness of Asia, an epiphenomenon, and not a causative factor. And Asian globalization is one aspect of multi-lateral globalizations that are a central feature of the present world.