The Limits of Long-Distance Romance: Risks of Catastrophic War with North Korea

The Limits of Long-Distance Romance: Risks of Catastrophic War with North Korea

To reduce the risks of a nuclear conflict with North Korea, US President Donald Trump must focus on refined analytic assessments and preparation, not (as he has stubbornly maintained) on "attitude." In the end, each side to this adversarial dyad, assuming a common rationality, will seek to maximize its own presumed strategic interests. Nothing could possibly be more starkly obvious or irreversible.

Still, conspicuously, and for much too long, Mr. Trump has ignored the obvious. “We fell in love” crowed Donald Trump about Kim Jung Un after their Singapore summit back in June 2018. But the curious romance was not to last. Since early December 2019, it’s been back to childlike recriminations. To what reasonable end? Oddly, once again (at least for this endlessly dissembling White House) it’s not about enhancing American diplomatic leverage: It’s just about a steady stream of ad hominem and counter-productive presidential epithets.1

Yet in the nuclear realm, objective strategic analyses are indispensable. Leaving aside the obvious futility of launching personal insults under the guise of productive diplomacy, any upcoming crisis decision-making processes between Washington and Pyongyang will be shaped by Kim Jung Un's unswerving and overriding commitment to personal military power. The simplistic notion that the North Korean dictator would ever consider trading off the most visibly tangible implements of such power for certain national economic benefits is erroneous on its face.

North Korea’s nuclear arsenal is here to stay. Prima facie, “denuclearization” remains an unrealizable goal—at best, a conveniently distracting fiction.2  The best-case scenario available to the United States must now be a mutually acceptable relationship of stable nuclear deterrence. And there will be unpredictable nuances. A generally understated but particularly serious sub-risk for both the United States and North Korea will concern inadvertent nuclear war. Ironically, the level of actual public concern about such a grievous conflict remains incommensurately low.

What happens next? To begin, President Trump must carefully approach these complex issues at a suitably conceptual level. The specific risks posed by inadvertence must be carefully differentiated from the expected hazards of any deliberate nuclear war. The particular hazards of an intentional nuclear war could stem only from Washington-Pyongyang hostilities that had been purposely initiated with nuclear weapons and/or deliberately responded to with nuclear weapons. This argument holds whether such unprecedented military actions were undertaken to achieve some form of strategic surprise, or as the result (expected or unexpected) of North Korean enemy irrationality.

In any deliberate nuclear war scenario, and before any presidential ordering of American preemption,3 the expressly designated North Korean leadership would need to appear to US intelligence as both operationally nuclear and psychologically irrational. Without this second expectation, any US preemption against an already-nuclear North Korea would itself be irrational. Trump, therefore, must continuously monitor not only relevant North Korean nuclear assets and capabilities, but also the intangible mental health (decision-making) characteristics of Kim Jung Un. Although some might mock this second intelligence imperative as unnecessary or even impossible, it nonetheless remains conceivable that the authoritarian dictator in Pyongyang could sometime choose to pretend irrationality. What then?

When the US president and his latest batch of national security advisors consider the prospects of an inadvertent nuclear war with North Korea, their primary focus should remain institutionally oriented. This means attention to the expected stability and reliability of Pyongyang's command, control and intelligence procedures. Should it be determined that these "C3I" processes display unacceptably high risks of mechanical/electrical/computer failure; indecipherable pre-delegations of nuclear launch authority; and/or unpredictable/unreliable launch-on-warning procedures (sometimes also called "launch-on-confirmed-attack"), a still-rational American president could then feel a more compelling need to consider preemption appropriate. A complex factor in such a decision-making process would be the apparent advent of hypersonic weapons in North Korean arsenals, and the extent to which that capability was paralleled in American arsenals.

At this already advanced stage in North Korean nuclear military progress, the probable costs to the United States and certain of its allies accruing from a defensive first-strike would be overwhelming and more-or-less "unacceptable."4  What would be the most plausible reactions concerning a Trump-ordered preemption against North Korea? When all significant factors are taken into account, Pyongyang, likely having no meaningful option to launch some form of massive armed response against US territory, would intentionally target designated American military forces in the region and/or certain high-value South Korean armaments and personnel. President Trump, still assuming enemy rationality, should then expect that whatever its precise configuration of selected targets, North Korea's retaliatory blow would be designed in part to avoid any massive (including nuclear) American counter-retaliations.

A generally understated but particularly serious sub-risk for both the United States and North Korea will concern inadvertent nuclear war.

Such high-consequence calculations would involve multiple adversarial policy intersections, some which could be genuinely "synergistic," and would assume perfect rationality on all sides. If, for example, the American president should decide to strike first, the response from Kim Jung Un should then be expectedly proportionate,5 that is, similarly massive. In this escalatory "game," the willful introduction of nuclear weapons into any ensuing conflagration might not be dismissed by either "player."

What happens next? As Swiss playwright Friedrich Durrenmatt has written, “Sometimes, the worst does happen.”

In principle, Trump, extending his usually favored stance of an argumentum ad baculum, could at some time opt rationally for a "mad dog" strategy6—following his just-ordered preemption, he would deliberately choose a strategy of pretended irrationality. If intuitively sensible, this approach could still backfire and open up a slippery path to various unstoppable escalations. A self-propelled competition in risk-taking could also be triggered by the North Korean president pretending to be a "mad dog" himself, whether undertaken exclusively or in an unplanned "synergy" with the United States. 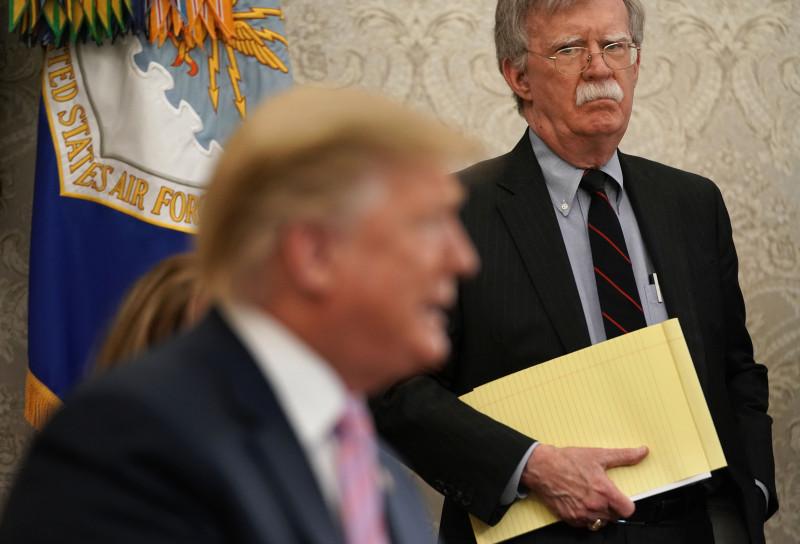 In all conceivable variants of crisis bargaining between Washington and Pyongyang, and even without any calculable synergies, highest-level decision-making processes would be interdependent. Adding to the complexity, and in all possible bargaining postures, each side would have to pay close attention to the anticipated wishes and intentions of Russia (Cold War II7) and China. Does President Trump genuinely believe that China would find it gainful to support him in a pending nuclear crisis with North Korea? It ought to be plain that Trump's still-ongoing and largely incoherent trade war with China would prove manifestly "unhelpful."

It is now also worth considering that a North Korean missile reprisal against US interests and personnel would not automatically exclude the American homeland. However, should the North Korean president maintain a determinedly rational "ladder" of available strategic options, he would almost certainly resist targeting any vulnerable civilian portions of the United States. Should he remain determinably willing to strike targets in South Korea and/or Japan, he would still incur very substantial risks of an American nuclear counter-retaliation due to this country's treaty-based obligations regarding "collective self-defense."8  Such risks would be much greater if Kim's own aggressions9 had already extended beyond hard military assets, either intentionally or as "collateral damage" brought unwittingly to soft civilian populations and/or infrastructures.

Furthermore, even if the unimaginably complex game of nuclear brinksmanship in Northeast Asia were being played by fully rational adversaries, the rapidly accumulating momentum of events between Washington and Pyongyang could still demand each "contestant" to strive relentlessly for escalation dominance. It is in the notably unpracticed dynamics of such an exchange that the prospect of an actual "Armageddon" scenario could plausibly be actualized. This unprecedented outcome could be produced in unexpected increments of escalation by either or both dominant national players, or instead, by some sudden quantum leap in destructiveness undertaken by the United States and/or North Korea. 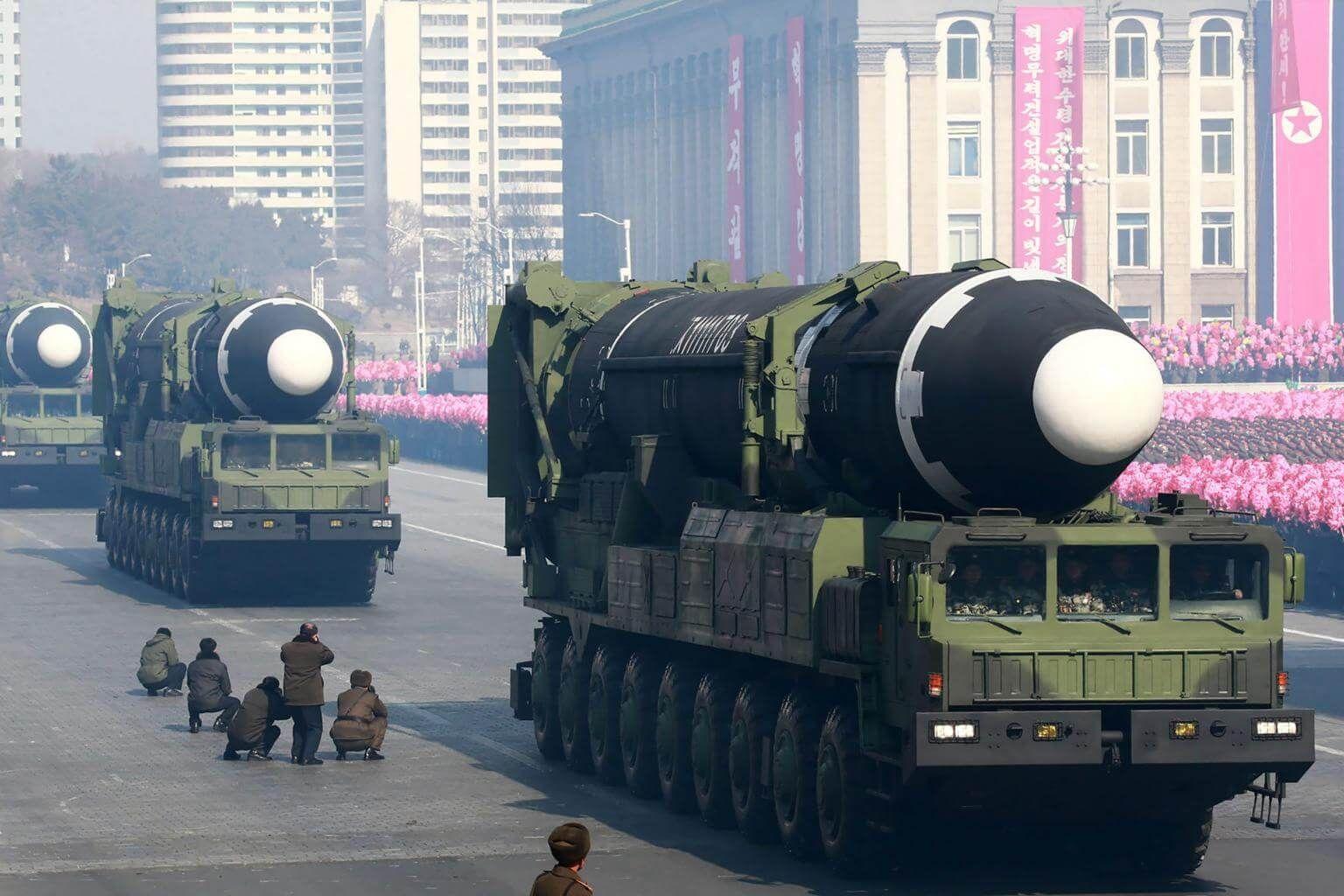 Looking ahead, the only predictable element of this foreseeable US-North Korea strategic game is the situation's boundless unpredictability. Even under optimal assumptions of enemy rationality, all relevant decision-makers would have to concern themselves with potentially dense or confused communications, inevitable miscalculations, cascading errors in information, unauthorized uses of strategic weapons, mechanical, electrical or computer malfunctions and poorly-recognized applications of cyber-defense and cyber-war.

"Everything is very simple in war," says Carl von Clausewitz in On War, "but the simplest thing is still difficult." With this seemingly banal but still profound observation, the classical Prussian strategist makes plain that capable military planning is always problematic. In large measure, this is because of what Clausewitz so famously called "friction." In essence, friction describes "the difference between war as it actually is, and war on paper."

Looking ahead, the only predictable element of this foreseeable US-North Korea strategic game is the situation's boundless unpredictability.

The formidable risks involved in nuclear brinksmanship ought never be assessed in a manner heedless of the hazards of crisis decision-making. Significantly, all of these strategic risks could be overlapping, mutually reinforcing, and/or synergistic. In at least some circumstances, the palpable "whole" of cumulative risk effects would be greater than the simple additive sum of constituent "parts."

At that point, recalling President Trump’s earlier inversion of what is actually true, it will already be too late to understand what is most important: Nuclear crisis bargaining between adversarial states should be based not on “attitude,” but on “preparation.”  Such complex bargaining ought never be founded upon any "romantic" relationships between the long-distance adversaries. For a negotiating American president, the only proper foundation must be problem-centered and intellectual. 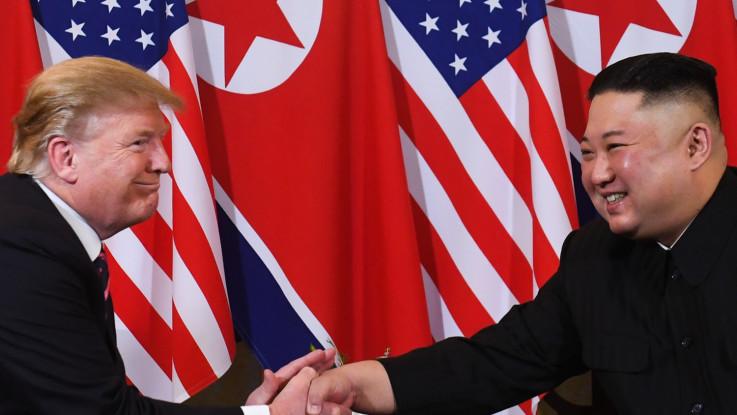 3. Worth noting here too is that any such ordering of a preemptive attack (defensive first strike) by an American president would be problematic under US law (especially under US Constitutional constraints). Always, there are critical jurisprudential as well as strategic implications involved.

4. Somehow, this understanding seems to have escaped Donald Trump, who has stated publicly on several occasions that North Korean tests of short-range missiles "do not worry" him. Among other shortcomings, this blithe and shallow presidential observation suggests that Trump is focused only on direct (long-range) missile threats to the United States, and somehow remains unmindful of escalatory possibilities, which include the profoundly destabilizing impact of shorter-range missile attacks upon US regional allies.

5. In legal terms, the principle of proportionality is contained in both the rules governing the resort to armed conflict (jus ad bellum) and in the rules governing the actual conduct of hostilities (jus in bello).  Regarding the former, proportionality relates to self-defense.  In the latter, it relates to conduct of belligerency. Proportionality is itself derivative from the more basic principle that belligerent rights are not unlimited (See notably Hague Convention No. IV (1907), Annex to the Convention, Section II (Hostilities), Art. 22: "The right of belligerents to adopt means of injuring the enemy is not unlimited").

6. This term has certain historical roots in former Israeli Minister of Defense (General) Moshe Dayan’s remark about his own country’s strategic vulnerabilities: “Israel must be seen as a `mad dog,’ too dangerous to bother.” (See discussion by this writer, Louis René Beres, Surviving Amid Chaos: Israel’s Nuclear Strategy (Rowman and Littlefield, 2016; 2nd ed., 20180.

8. For the differences between "collective self-defense" and "collective security," see this writer's early book: Louis René Beres, The Management of World Power: A Theoretical Analysis (University of Denver Monograph Series in World Affairs) (1973).

9. Since World War II, aggression has typically been defined as a military attack, not justified by international law, when directed against the territory of another state. The question of defining aggression first acquired legal significance with the Draft Treaty of Mutual Assistance of 1923. One year later, the Geneva Protocol of 1924 provided that any state that failed to comply with the obligation to employ procedures of peaceful settlement in the Protocol or the Covenant was an aggressor. Much later, an authoritative definition of aggression was adopted without vote by the UN General Assembly, on December 14, 1974.