“The Positive Aspects of Bewilderment”: Literature in the Global Context

portrait of Borges by Marcelo Neira

“The Positive Aspects of Bewilderment”: Literature in the Global Context

In his essay, “A Note on (towards) Bernard Shaw,” the Argentine author Jorge Luis Borges, one of the literary titans of the twentieth-century, discusses the importance of subjectivity and interpretation when reading. He argues that

a book is not an isolated being: it is a relationship, an axis of innumerable relationships. One literature varies from another, prior or posterior, less because of the text than because of the way in which it is read: if I were granted the possibility of reading any present-day page—this one, for example—as it will be read in the year two thousand, I would know what the literature of the year two thousand will be like.1

What, then, can we infer about ourselves from the way we read in 2018? Countless things, no doubt, and our global positioning would certainly be one of them. The term “world literature” became mainstream in 1835, a few years after the death of the German writer Johann Wolfgang von Goethe. That year his apprentice, Johann Eckermann, published Conversations with Goethe, where the pair ruminate on a Serbian poem, a Chinese novel, the songs of Béranger in French, the Italian Alessandro Manzoni’s novel I promessi sposi, Shakespeare, Sophocles, Hafiz, Walter Scott, and Weltliteratur, world literature, amongst other topics. In regard to world literature Goethe famously states: “But really, we Germans are very likely to fall too easily into this pedantic conceit, when we do not look beyond the narrow circle that surrounds us. I therefore like to look about me in foreign nations, and advise everyone to do the same. National literature is now rather an unmeaning term; the epoch of World-literature is at hand, and everyone must strive to hasten its approach.”2  Eurocentric as Goethe’s approach to world-literature was, his conversations with Eckermann sparked further conversations on our global literary consciousness that continue to this day.

In 2003, David Damrosch of Harvard University rekindled interest in the possibilities of world literature and the term itself. In his book, What is World Literature?, Damrosch problematizes the concept in terms of history, the local and the global, culture, production, translation, reception, circulation, networks, power relations, and identity politics. He questions the meaning of world literature in the early twenty-first century. Astutely, Damrosch does not provide a unique, single definition for world literature. He explains his approach to the term, but he dips in and out of it, opening a discussion for countless possibilities and arguing that world literature is constructed differently in different cultures and at different times. 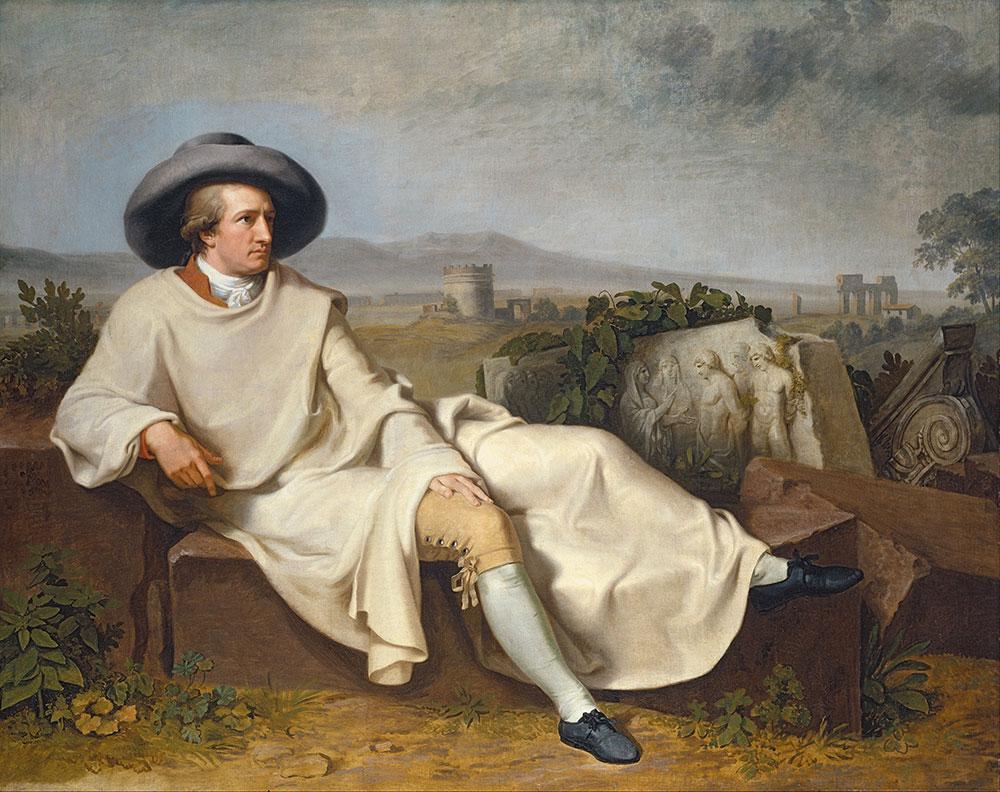 This brings us back to Borges’ discussion on interpretation. One aspect of world literature that Damrosch constantly argues in favor of is that it is “not an infinite, ungraspable canon of works,” but rather, a way of reading.”3  What could this particular way of reading entail, then? Long before Goethe and Eckermann ruminated on world literature, the global circulation of texts had helped shape literary minds beyond the boundaries of their own cultures. But world literature has now entered the age of the global, which involves a deep transformation of how we experience these texts. Authors three hundred years ago never wrote with the possibility of a global readership in mind; they can do so now, establishing a dialogue and drawing inspiration from each other with an immediacy and accuracy that was not possible before. The instantaneous dissemination of e-texts is arguably the most significant revolution in publishing since Gutenberg’s printing press. And the rise of social media in the last decade has allowed us to experience a degree of interconnectivity hitherto unprecedented. Our awareness of each other has changed, or our awareness of others’ lack of awareness, or our awareness of each other’s hyper-awareness. These too denote new ways of reading, where we find ourselves not in a binary relationship to other cultures, but in a spectrum of relativity.

Our national, cultural, and identity borders are being refigured, and literature has an important role to play in this process. Perhaps because their aesthetic dimension is so conspicuous, the arts often have to justify their existence in a way that other disciplines are not required to do. But there is a utilitarian dimension to the arts as well, which is particularly germane to how we currently experience the global.4  Literature, of course, teaches us how to read. But reading goes beyond the frontiers of the printed page. Immersing oneself in literary works and engaging with them critically helps us develop analytical and interpretative skills that are applicable to real life. They train us, relentlessly, one page at a time, helping us interpret new or unfamiliar situations in order to make sense of them. Amongst other things, this is how we learn to pierce the mirage of political discourse, how we spot inconsistencies of character in our elected governments and everyday interactions. Is there a more pragmatic, organic application of semiotics? In the preface to Outcry, his first collection of short stories, the Chinese writer Lu Xun says literature and the arts are important because “however rude a nation was in physical health, if its people were intellectually feeble, they would never become anything other than cannon fodder or gawping spectators, their loss to the world through illness no cause for regret. The first task was to change their spirit; and literature and the arts, I decided at the time, were the best means to this end.”5  Xun’s ideas are echoed by comparative literature scholar Gayatri Spivak when she suggests that “the bottom line of teaching literature as such is to teach how to read, in the most robust sense…it is to teach an activism of the imagination and intellect.”6

Two metaphors are often used to talk about books in the context of world literature: windows and mirrors. When books become mirrors they show us who we are, what lies inside of us. When books become windows, they open our eyes to other worlds, other ways of being. In the latter metaphor literature can help us embody positions different to our own. It can provide access to points of view that are otherwise inaccessible, with the added value of a critical process that allows us to understand such points of view. This subjectivity can kindle curiosity, and a need for inquiry. It fosters connection without barring disagreement, and helps expand our critical, epistemic horizons beyond the boundaries of what we know. Most importantly, subjectivity can develop our imaginations in a way that allows us to inhabit different possibilities, hypothesize about the nature and differences of what it means to be human outside the limits of our own identities. When we do this correctly, we start developing cultural literacy; we start becoming literate in the ways of the ‘other’, because we understand that otherness is purely contextual.

...subjectivity can develop our imaginations in a way that allows us to inhabit different possibilities, hypothesize about the nature and differences of what it means to be human outside the limits of our own identities.

It is very hard not to question one’s positioning when one is constantly in touch with the subjective universe of literature. The possible ways of being that are offered by stories inevitably place our identities within a complex spectrum, culturally, historically, morally; they show us that even though we are at the center of our universe, we are not at the center of the universe, and that there are close to seven and a half billion universes roaming our planet. As Meissner and Doody propose, literature rarely offers us certitude and the limitations that come with it; rather, it teaches us how to “embrace the positive aspects of bewilderment.”7

Interconnectedness, multiculturalism, subjectivity, diversity; as Borges would argue, that we look for these in how we read today tells us more about our global reality than the texts we read. Literature is not a panacea, far from it, but it is another piece in the puzzle to help us address, together, the global challenges that we face. Perhaps, in addition to windows and mirrors, books can also be maps, guides that show us the way through our world’s ever-shifting landscape.

4. An essay should be written on the utility of the aesthetics of literature, but this is not it.

Gabriel Garcia Ochoa is Lecturer in the School of Languages, Literatures, Cultures and Linguistics at Monash University.