Crisis Politics and the Instrumentalization of Principles

Crisis Politics and the Instrumentalization of Principles

Numerous commentators, especially so-called Eurosceptics, claim that the COVID-19 crisis has revealed the weakness of the European Union as an institution. In the face of an unseen global enemy, which so far has caused hundreds of thousands of deaths1 worldwide, critics of the European Union claim that the EU member states have been left to their own devices. The EU, according to many, did too little too late, an argument that is especially prevalent in Italy, Austria, Poland, Hungary, and Slovakia. But such anti-EU sentiments have been strengthening for some time now due to several recent issues playing at much more profound levels. Cumulatively, these issues, arising in each case from wider global processes, have brought to the fore a serious tension between cooperative as opposed to narrowly national interest-focused responses in countries everywhere. They underscore how fragile are principles of cooperation, and thereby also the global system as a whole, in a time of compounding crises. This essay focuses on recent challenges to the European Union that highlight this fragility.

The most significant challenges have been the financial crisis of 2008 and its economic consequences, the European Central Bank (ECB) policies towards Italy and Greece, the European Commission's criticism of Poland and Hungary in the context of the rule of law or the immigration crisis of 2015, and finally, relations with Russia vis-à-vis energy security—not to mention the outright anti-Americanism in Germany or France as contrasted with an open enthusiasm towards the USA in Central and Eastern Europe. Each of these instances has contributed to scepticism about the European project, both among leaders and the public at large.

Over the past ten years or so, various common EU principles have been invoked on numerous occasions to criticize, stigmatize, or legitimize the policies of national governments. By “instrumentalization” we mean to denote this phenomenon whereby common principles such as the ‘rule of law’ or ‘solidarity’ are invoked by a range of actors—national governments, major European institutions, NGOs, even the European Commission—to the greatest benefit of the most powerful governments, and thus to the advantage of the strongest economies, in the EU. In other words, European national governments pursue national interests in classic ‘compete-and-cooperate’ mode in intra-European affairs when compelling interests are seen to be at stake.

We’ve selected four cases to validate the above hypothesis, for two reasons. Firstly, they cover the most recent and some of the major developments within European politics. Secondly, drawing on the criticism directed at Liberal Intergovernmentalism (which has been focused only on large-scale intergovernmental bargaining)2 these cases bring the attention of the reader ‘closer to the ground’ as they cover day-to-day negotiations on lower-level issues.3  In this respect, the following cases lend themselves to a brief analysis of the instrumentalization of principles under the political pressure of crisis, and the deleterious effect on European cooperation that results from it. Our focus will be on 1) the bargaining over the next Multiannual Financial Framework (MFF); 2) the 2015 immigration/refugee crisis, which culminated in the massive influx of peoples to member states of the European Union; 3) the posted workers directive (Directive 96/71/Ec); and 4) the EU’s energy policy vis-à-vis Russia.

1. Principles vs. National Interest: The Rule of Law

Regarding the Multiannual Financial Framework, it seems that the principal argument of the proponents of the 'discipline camp' (EU members such as Germany, the Netherlands and Denmark) rests upon the premise that new members of the EU such as Hungary, Poland, or the Czech Republic have benefitted disproportionately from the redistributive function of the EU budget (for example, from the Cohesion Policy and Common Agricultural Policy). Accordingly, if the recently elected, 'illiberal governments' do not follow the EU interpretation of the principle of the rule of law, their societies should be punished by funding cuts, which in turn should hopefully persuade them to vote in new, progressive, liberal politicians who will follow political models applied in the “older democracies.”4

The years 2015 and 2016 found Europe struggling with an influx of over a million asylum seekers, a phenomenon considered even by mainstream media to be the most prominent immigration crisis in Europe’s history and perhaps the greatest-ever challenge to the Union’s political stability in the short and long term. Greece and Hungary felt overwhelmed with significant numbers of immigrants. At the outset of the crisis, EU institutions declared the compelling need to address the challenges and rectify the plight of refugee seekers, as the European Commission issued a formal Communication wherein it stressed the importance of helping those in need.5 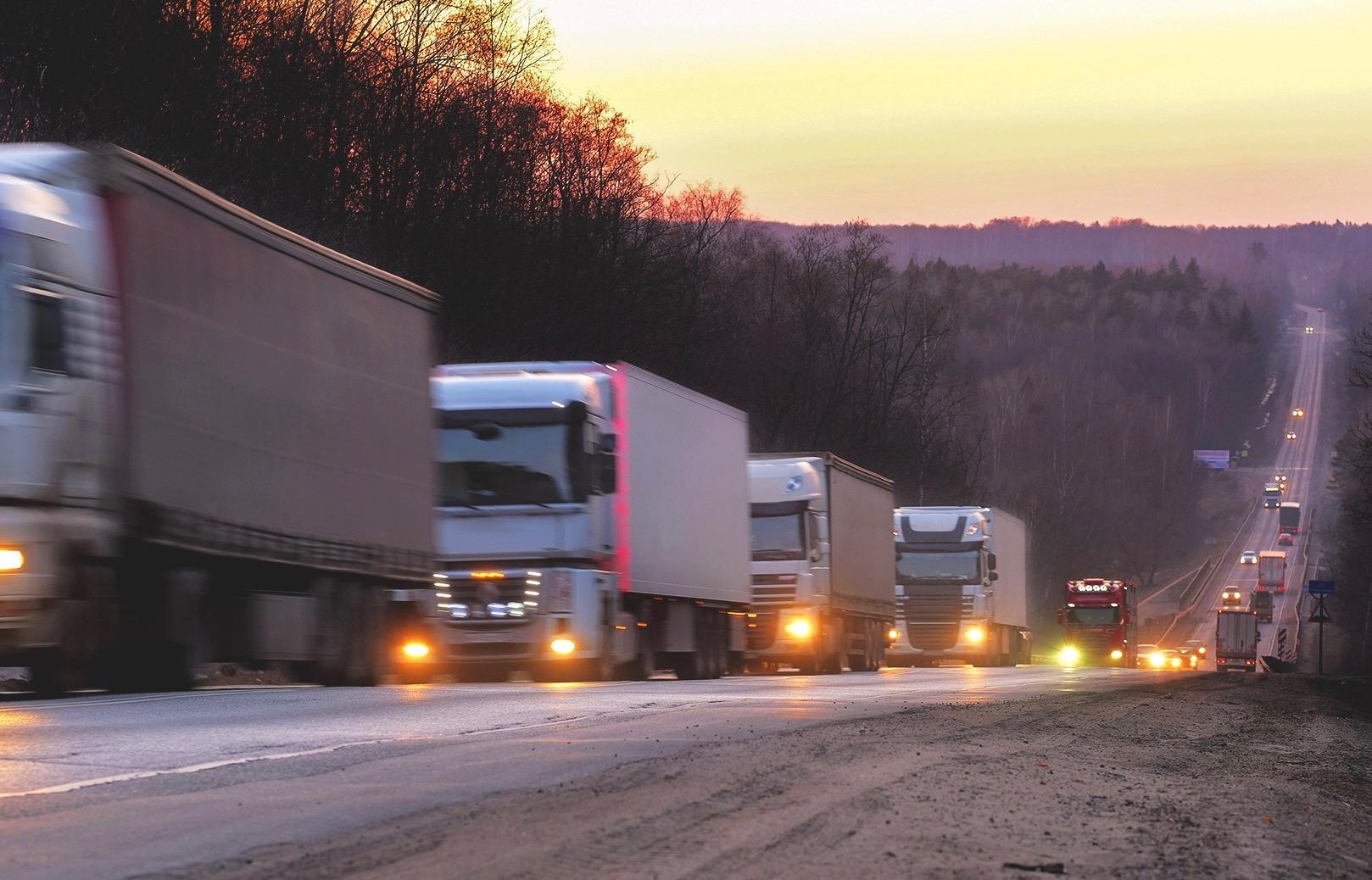 In fact, these proclamations followed the line of German Chancellor Angela Merkel, who in August 2015 famously uttered: “Wir haben so vieles geschafft – wir schaffen das” (we have managed so many things — we will also manage this).6  Thus was inaugurated the so-called 'open door policy' that lead to an influx of one million-plus immigrants within just a couple of years. At the same time, this same EC Communication invoked the principles of solidarity and shared responsibility as a preface to what was later utilized to press EU member states like Hungary, Poland, and Austria who declined to participate in the obligatory mechanism of immigrant/refugee redistribution. “We need to restore confidence in our ability to bring together European and national efforts to address migration, to meet our international and ethical obligations and to work together in an effective way, in accordance with the principles of solidarity and shared responsibility.”7

In September 2019, the EU Parliament's Transport Committee gave the green light to begin negotiations with the European Commission and the Council on rules for reforming the EU's transport sector. The goal is to reach a compromise on the laws known as the 'Macron Package,' which introduces new regulations for posted drivers, including a higher minimum wage and regulation of their stay in hotels. The most contentious issue appears to be the return of empty trucks to their country of origin once every four weeks. This would prevent transport companies from Central and Eastern Europe from providing their services to the market of Western Europe, the so-called ‘cabotage’.8  Bulgaria, Romania, Poland, Hungary, Latvia and Lithuania oppose the proposed regulation, claiming that the obligation to return empty trucks would be an illegal protectionist measure that would seriously affect companies in their respective countries and lead to the loss of jobs and increased economic emigration. Bulgarian representatives are among the most vocal opponents of the contested package; Peter Vitanov estimated that the Bulgarian government and the local transport industry should compromise on some of the changes in order to negotiate the cancellation of the most controversial proposals: “The return of the empty truck [to the country of origin] is contrary to a fundamental principle of the EU—the free movement of goods and capital.” This means that Bulgaria can begin negotiations to seek a compromise with the threat of a dangling court case. “There is no way to oblige anyone to go somewhere else. It is contrary to the free market,” according to the Bulgarians.

In the face of the ongoing COVID-19 crisis and the consequent emerging of the global economic downturn, Nord Stream 2 AG,9 a subsidiary of Gasprom that is responsible for the construction of the Nord Stream 2 gas pipeline from Russia to Germany via the Baltic Sea, attempted to exclude the project from the Energy Charter Treaty (ECT)10 as well as the European Gas Directive as amended in May 2019.11  EU rules stipulate that import pipelines should not be owned by gas suppliers and that third parties should also be able to use them. As of early May this year the German regulator, Federal Network Agency (BNetzA), had decided against such exclusions, effectively complicating the completion of Nord Stream 2. This has been met with much relief in Central and Eastern Europe, where prominent Eastern EU Member states such as Poland have criticized the German stance on energy procurement. The principle of solidarity has been invoked on many occasions with regards to Nord Stream and Nord Stream 2. In particular, Poland has referred to article 194 of The Lisbon Treaty (Title XXI – Energy), which builds on the framework of the principle of European solidarity when it stipulates shared energy security and promotes the interconnection of energy networks, among other things.

European national governments pursue national interests in classic ‘compete-and-cooperate’ mode in intra-European affairs when compelling interests are seen to be at stake.

What Poland and other countries in the region fear is that Germany will monopolize its role as an energy hub in the European Union, which would effectively disadvantage Central and Eastern European countries. The EU, they claim, is already too much dependent on Russian gas, and should the NS2 be completed this dependence will only grow further. The merit of such arguments has been recently confirmed by the ruling of the Court of Justice of the European Union, which found12 that the European Commission was in breach of the principle of energy solidarity regarding its decision of October 28th, 2016, enabling the monopolization of access to the OPAL gas pipeline.

In times of perceived and real crisis or threat, national governments, as evident from the very brief analysis above, still pursue national interests in a good old-fashioned ‘compete-and-cooperate’ mode. Within the EU, stronger governments like Germany or France try to employ shared principles to optimize the outcomes of bargaining processes to maximize their economic advantages. The weaker ones (Bulgaria, Hungary, or Poland), on the other hand, caught up in the same dynamics, try to invoke shared principles to limit their disadvantaged position vis-à-vis stronger states. As the recently concluded special European Summit of July 2020 has shown, so-called ‘new’ EU member states, which tend to be weaker in terms of economy and political influence, can be quite effective in perusing their national interests, which in this particular case meant no introduction of links between the next EU budget and the principle of the rule of law.13  To a degree, this was achieved against the will of the ‘old’ EU members also by invoking the principle of solidarity.

1. See more at: https://www.worldometers.info/coronavirus/ accessed 6 May 2020

3. One of the main criticisms against Moravcsik and his take on European politics has been cantered around the claim that the Liberal Intergovernmentalism focuses on significant scale events such as intergovernmental conferences.

4. The distinction between older, established democracies with somewhat higher legal culture seems to have been recently confirmed by the opinion of the Venice Commission. See more at: https://www.venice.coe.int/webforms/documents/?pdf=CDL-PI(2020)002-e accessed 7 may 2020.

5. See more at: https://ec.europa.eu/home-affairs/what-we-do/policies/european-agenda-migration_en accessed 7 May 2020.

6. See mmore at: https://www.politico.eu/article/the-phrase-that-haunts-angela-merkel/ accessed 7 May 2020.

7. See more at: https://ec.europa.eu/anti-trafficking/sites/antitrafficking/files/communication_on_the_european_agenda_on_migration_en.pdf accessed 7 May 2020.

8. See more at: https://www.euractiv.com/section/politics/news/eastern-europe-mobilises-against-macrons-mobility-package/accessed 7 May 2020.

11. The European Commission amended its Gas Directive in April, and the amended document entered into force on 23 May. It stipulates that a third-party nation cannot own both the pipeline and gas imported into the EU market unless the conduit was built before May 23, 2019. See more at: https://eur-lex.europa.eu/legal-content/EN/TXT/PDF/?uri=CELEX:32019L0692&from=ENaccessed 8 May 2020.

Krzysztof Sliwinski is Associate Professor and Program Director of the Master of Arts in Global Society at Hong Kong Baptist University.