The Three Ps of Populism: Personification, Popularity and Provocation

The Three Ps of Populism: Personification, Popularity and Provocation

In their thought-provoking essay for global-e, Daniele Archibugi and Marco Cellini put forth arguably one of the most important questions of our time: “Is there evidence that populism is hurting the quality of democracy?” Although the authors’ analysis takes a more demand-sided approach to this globally worrisome phenomenon, in that it focuses on the dissatisfaction of citizens rather than the role of the elites, Archibugi and Cellini still posit two supply-centered explanations underscoring the role of populist power-holders in undermining democracy. These two elements are “the nationalistic and xenophobic rhetoric that so far has eroded but not destroyed democratic institutions,” and the “rallies and political provocations against migrants, minorities, gypsies, or LGBTQ citizens; this decreases civil liberties and security.” It is these two components of populism—particular rhetoric and provocative behavior—that I would like to focus on here. Specifically, this essay raises some questions that pit against each other the notions of three Ps related to populism: personification, popularity, and provocation. These conceptions have been widely and interchangeably used, and the essay cautions against this trend.

What is “mediated populism”: Message, style, rhetoric or tactics?

The fog around the supply-side of populism is gradually lifting. Previously, populism was considered a strange medley of (1) the populism message, i.e. what ideas populists are conveying to the citizens; (2) populist rhetoric, i.e. how populists convey their message, and (3) populist tactics, that is, the behavior that surrounds the verbal transmission of the populist message. Nowadays, scholars of populism have made great strides in operationalizing the populist message. The methodology to examine populist ideology has advanced, for example, in the direction of including a people index, the anti-establishment index, and the exclusivity index (Jagers & Walgrave 2007).

When it comes to populist rhetoric, however, the situation is less clear. The rhetoric has been considered to contain all of the following elements: simplicity, personalization, informality, dramatization, emotionalization, celebratization, intimization, vulgarism, breaking of taboos, colloquial language, story-telling, actualization of a present situation, attacking enemies, conveying a sense of crisis, mockery, entertainment (Bracciale & Martella 2017, Moffitt 2015). In short, the classification of rhetoric as populist is so stretched that it threatens to subsume almost all types of rhetoric. More alarmingly, this conception of populist rhetoric allegedly harbors the dangerous assumption that most populist politicians are good orators, who are highly adept at conveying their message effectively. Conversely, established politicians are automatically assumed to fail in simple prose and charismatic authority. It is time to highlight and disentangle this hypothesis.

Populist Rhetoric: Take “Simplicity” out of it

Simplicity is widely considered to be a component of populist rhetoric, which, we are told, “simplifies complex developments”; populists “are tempted to play down the complexities and contradictions of their policies” (Pelinka 2013, 8). This view accords with the idea that it is the simplicity of rhetoric that seemingly helps the winners, i.e. the wealthy and privileged, identify with the losers, i.e. the poor and disadvantaged, so effortlessly. As Trump put it, he has “the best words” and they are admittedly small, not big words (Washington Post, April 5 2016).

the classification of rhetoric as populist is so stretched that it threatens to subsume almost all types of rhetoric.

Perhaps the far right’s ability to speak the language of the proverbial “man on the street” constitutes only one side of the problem. The other side of the problem is that the liberal elites very often use obscure, boring, verbose, and convoluted language that is interpreted to betray their ultimate contempt for the “forgotten man.” That “forgotten man,” however, needs to be attended to, patted on the shoulder, and respected in words, not only in deeds.

In his book The Anti-Intellectual Presidency, Elvin Lim (2008) interviews a number of White House speech writers who overwhelmingly say that they deliberately try to “dumb down” presidential speeches. Thus, one of the central inquiries before students of populism and political communication is to determine to what extent verbal simplicity is the trademark of populists in particular versus politicians in general. Repetitions, basic grammatical structures, using common key words, and acknowledging empathy with the losers of globalization need not, and in fact, should not be considered the hallmark of populist rhetoric only. 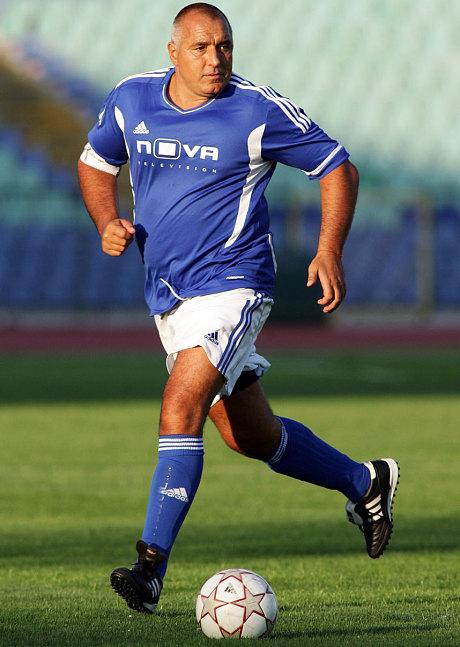 With the nexus between simplicity and populist oratory now severed, it is necessary to allow for the possibility that populist politicians are erudite and learned speakers, and that popular politicians use jargon and mockery. Take the example of the populist Volen Siderov and the center-leaning Prime Minister Boyko Borisov in Bulgaria. The former has authored four books and consistently uses rich historical references that glorify Bulgaria’s past history with Russia. The Prime Minister, on the other hand, who is a former fireman, is said to have the natural appeal of a crude mixture between a “barman, taxi-driver, and a policeman”1 (E-vestnik May 4, 2018). He speaks in disconnected but simple prose. Borisov’s alleged weakness in the eyes of the liberals is undoubtedly his strength in the eyes of the masses, who repeatedly vote him into office.

Populist Rhetoric: Take “Personalisation” out of it

Repetitions, basic grammatical structures, using common key words, and acknowledging empathy with the losers of globalization need not, and in fact, should not be the considered hallmark of populist rhetoric only.

Having peeled off the elements of personalization and simplicity from the package of populist rhetoric, it seems that Archibugi and Cellini are right to focus on xenophobia—the search for a culprit and an enemy—as a trait that undercuts democracy. Allegedly, it is the feeling of humiliation that drives the populist vote (Zheliazkova 2006). The intellectual superiority of leaders is an unlikely cure for the bruised ego of the “common man” lamenting the demise of former days of prosperity.

Populist Tactics: Take “Provocation” out of it

My final point addresses Archibugi and Cellini’s inquiry whether it is useful to diffeneratite between populist ‘incumbents’ and ‘new entrants’ in the political arena. My conjecture is that, from the point of view of populist tactics, this differentiation could be very useful. Given that institutions have a norm-making effect, it is interesting to determine under what conditions, if any, populist office-holders stick to their norm-breaking behavior. Future research comparing populist tactics before and after assuming office should furnish evidence whether the office of a minister or a MP has a constraining and taming influence on provocative behavior. What might seem a winning electoral gambit may be an impossible governing strategy but the data on the  “institutionalization” of populist provocation is yet to materialize. 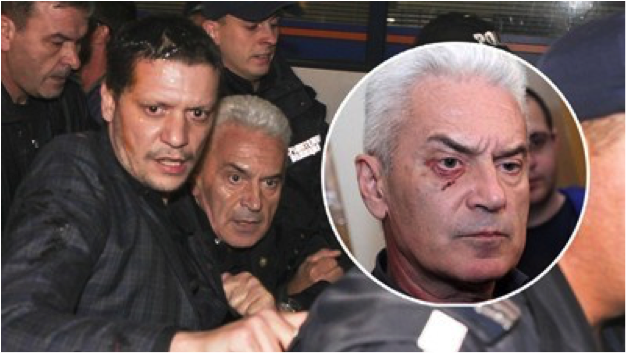 To go back to the unlikely juxtaposition between Borisov and Siderov above, the attention-grabbing acts that serve to promote the visibility of the populist Siderov would be simply self-annihilating for the incumbent Borisov. Thus, Siderov is known for getting into fights in front of the parliament and on planes, and has all sorts of legal problems (24 Chasa, June 12, 2016). Borisov, on the other hand, is famous for his hugs and shaking hands. Similarly, Trump, who has on occasion incited violence in his rallies, transforms into an amicable and touchy-feely friend when meeting world dignitaries. Thus, one line of questioning that the differentiation between incumbents and new entrants prompts is this: to what extent can pugnacious populist candidates preserve their tactics after ascending to power?

In conclusion, it is right to investigate how populism affects democracy. To do that, however, there must be greater conceptual clarity delineating populist tactics versus popular, provocative or highly personified behavior. Not every populist politician is popular, and more importantly, not every popular politician is a populist.

1. Folk wisdom in Bulgaria has it that policemen are mediocre.

Mediapool (April 15, 2011). ”I was playing football with shoes that had holes in them." Available at: http://www.mediapool.bg/igraeh-sas-skasani-gumenki-i-yadyah-filiya-s-mas...

Gergana Dimova is Lecturer at the University of Winchester, United Kingdom.

Reimagining human rights and the power of LGBT+ mobilization in Latin America: Part 1