Life Story as a Tourism Commodity among the Kenyan “Maasai”

Life Story as a Tourism Commodity among the Kenyan “Maasai”

Performance is a key component of cultural tourism in East Africa, usually offering tourists a sumptuous and spectacular representation of local communities. But recently a new form of performance has captured the tourist imagination in a region of Kenya associated with the Maasai people: vivid and personal accounts of sexist violence and exploitation, provided by women who have escaped their traditional villages and established a community refuge that has drawn global attention and financial support.

Locals living near game reserves and national parks in Kenya are developing and participating in ethnic tourism,1 especially the “Maasai” people, typically a focus of western exoticism and therefore a linchpin of the local tourist economy. Most foreigners who visit Kenya primarily want to see wildlife, go on game safaris, and meet the famous “Maasai” if possibile. Responding to these aspirations, local “Maasai” establish cultural villages where they perform their culture for tourists.

Members of several other Kenyan pastoral groups who are not actually Maasai join in “Maasai” ethnic tourism. The Samburu, semi-nomadic pastoralists, are one such group.2  They speak the Maasai language and their body adornments are very similar to those of the Maasai; their jumping dance styles are also alike. However, unlike the Maasai who are now spread out over a vast area in Tanzania and Kenya, the Samburu live in northern Kenya, primarily in Samburu County.

From the national government’s perspective, pastoralists like the Maasai and Samburu are “undeveloped” groups because of their nomadic lifestyle. In the national context they are marginalized, but in the global tourism context their “undeveloped” characteristics are what attract the “tourist gaze,”3 as tourists always want to see “the Other’s” different lifestyle or culture.

In this essay, I focus on ethnic tourism as performed by the Samburu. I categorize their performances as “Maasai” ethnic tourism, since many tourists, often even many Kenyans, do not differentiate between Samburu and Maasai, and in many cases their performances in the tourism context are very similar. In fact, if the setting is in the capital city of Nairobi or a coastal resort such as Mombasa, it sometimes happens that Maasai and Samburu people band together for tourism performaces. Typically, these include dances by women and young males, a short lecture, and other activities. 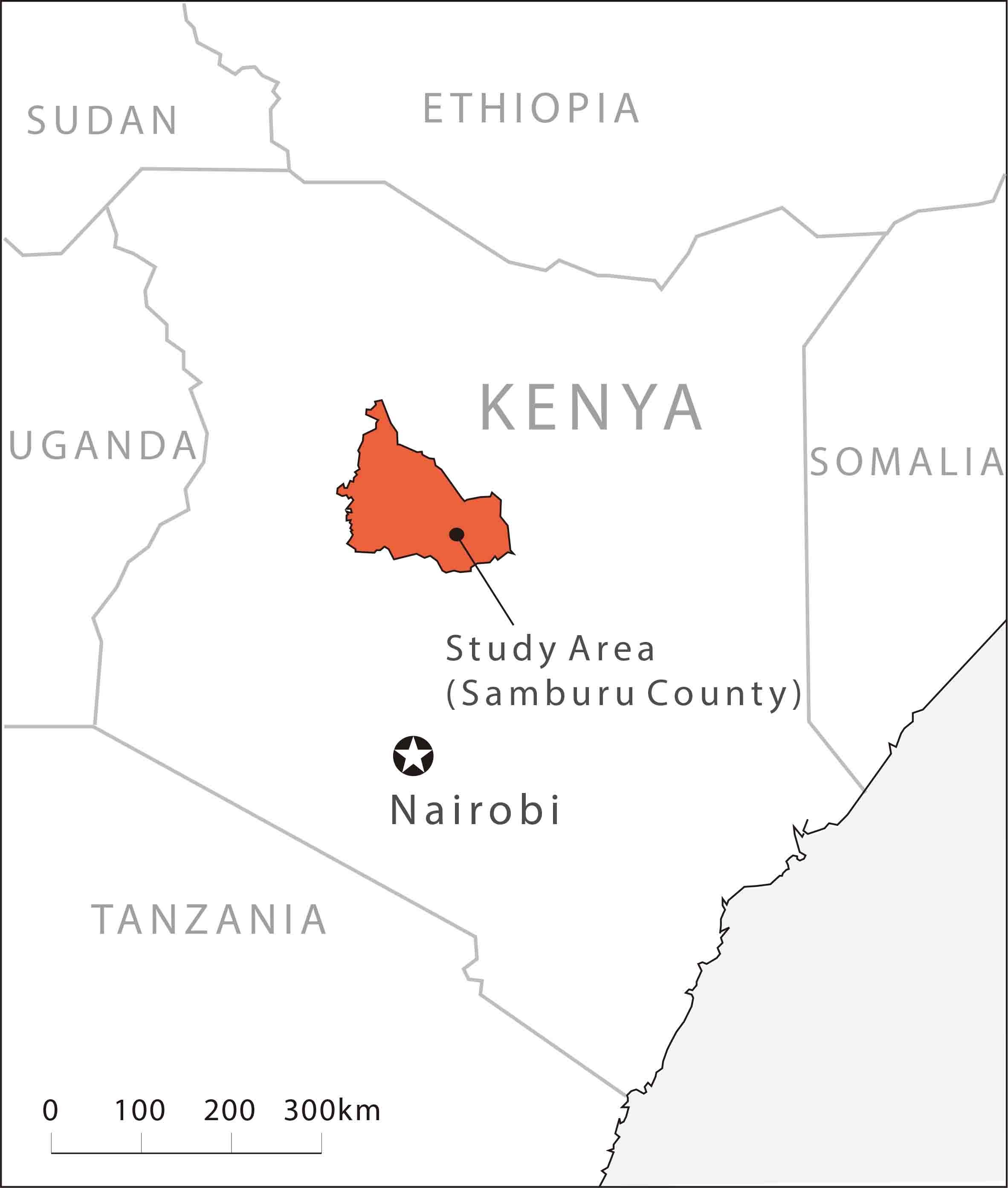 Based on ethnographic observation in Community P of Samburu County (see Figure 1), where I have conducted anthropological research since 1998, I discuss an emerging form of ethnic tourism practised by the Samburu wherein they use life stories as a cultural commodity.

I have two objectives in this essay. The first is to indicate the fragility of conventional ethnic tourism as an alternative or complementary economic base for locals in Kenya. The second is to raise questions about the sustainability and desirability of both conventional and emerging ethnic tourism forms, such as the use of life stories.

The Economics of Cultural Performance

The locales known as “cultural villages” in Kenya cover a wide spectrum, ranging from regular villages where people ordinarily reside to the tourist sites where locals go to perform for tourists and return home after they leave. The latter practice is more like a staging, and “cultural activities” at those sites are usually carefully constructed as sophisticated tourism entertainment. In Community P there are as many as eleven cultural villages and all of them look like ordinary homesteads. Most people live in the villages and each village is registered under the Kenyan government as a community-based organization (CBO) or self-help group. Among the eleven villages the oldest was established in 1987, the second oldest was established in 1990, and others began after 2000.

The performances of each village are very similar. First, the women sing welcoming songs, then the Moran (unmarried, socially mature men) perform a famous traditional jumping dance. Afterwards the elders make fire with fire sticks, a primitive practice that is popular among tourists. 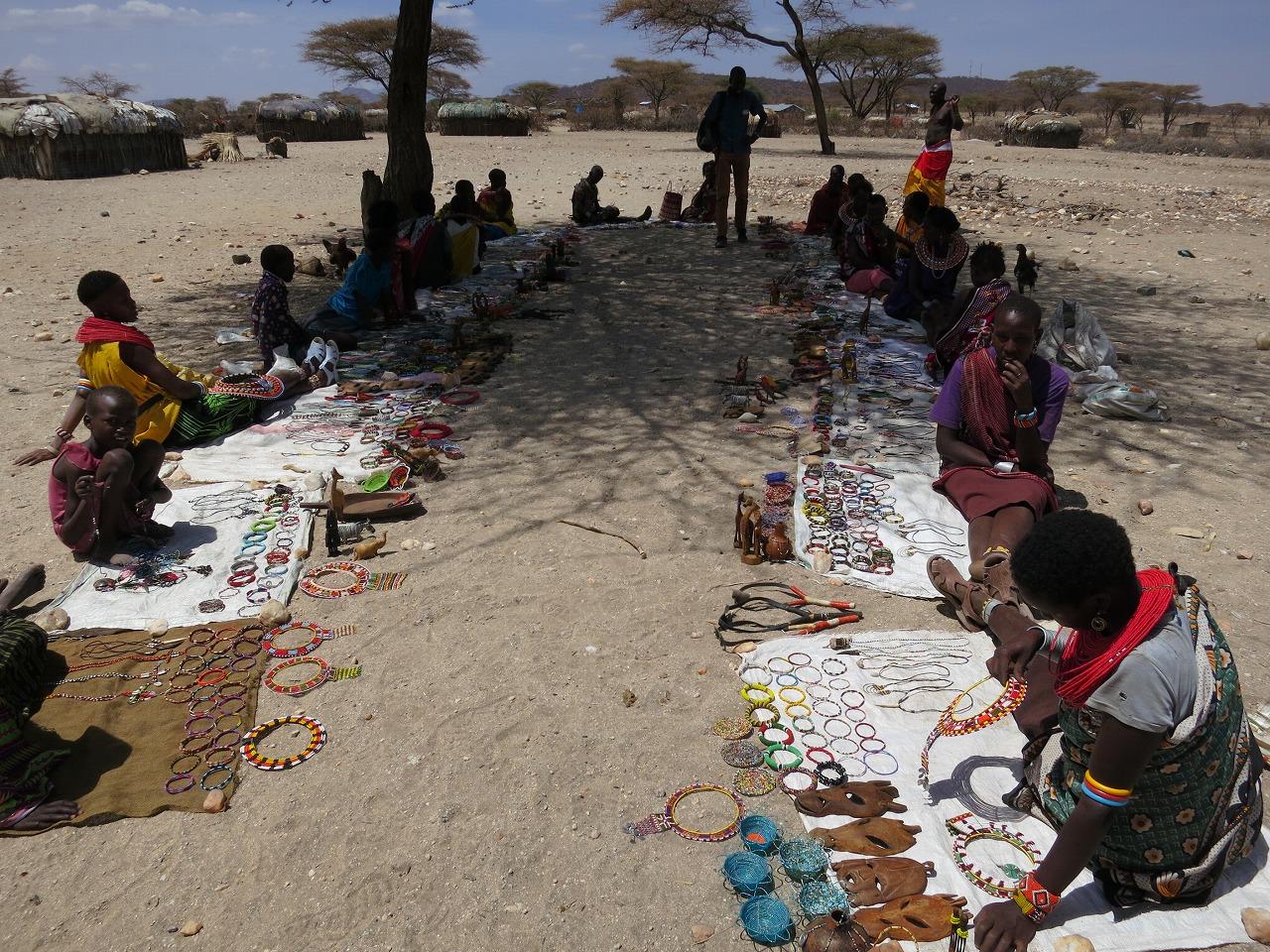 Later an English-speaking (and well educated) villager guides tourists around the village and offers a short lecture on the “traditional” culture. Tourists can take pictures and videos and buy beaded crafts made by the local women. The crafts of cultural villages in Community P often do not sell well because they are less sophisticated in design than those of the souvenir shops in tourist hotels and, by comparison, sometimes appear poorer in quality.

Cultural villages generate their income from an entrance fee and the sale of crafts. The entrance fee of 1,000Ksh (ca. $10.00 US) per person is usually equally divided among all the male members of the village. One-tenth of crafts sales goes to the members’ collective savings account while the rest goes to the owner of the craft, usually females. All the villages in Community P follow the same system, and earnings are generally low. For instance, in February 2016, during the slowest tourism season in Kenya, earnings in Village A totaled 3,300Ksh (around $33.00 US). In August 2016, one of the high tourism months, earnings in Village B were 32,000Ksh (around $320.00). If the month’s earnings are shared by all the households, it amounts to an average household income of 9.1Ksh ($0.09) in Village A and 57.1Ksh (approximately $0.57) in Village B. Keeping in mind that one kilogram of rice costs approximately $0.7 and a meal at a local restaurant around $1.50, these examples illustrate that tourism might not really offer a strong economic base for locals.

Among the nine villages in my survey, Village C’s earnings were relatively high. Although Village C provides cultural attractions that are similar to the others, it has a different strategy, providing one unique “performance.” Village C’s members are exclusively women, and one of their practices is to narrate their life stories to the tourists. European media pay a fee of $300.00 to interview them. Below is the story of the village’s establishment as told by its founder, Ms. S.

This village was started by 15 women who had fled from the violence of their husbands and lost a place to live. They got together and built homesteads near the town. They were making a living by brewing beer and selling it; however, since brewing beer without a license is illegal in Kenya, they were sometimes arrested by the police. Since they had nobody to bail them out of jail, their children would be abandoned during that period. Their lives were very difficult.

The women had sometimes tried to sell beaded crafts to tourists on the road, but when the elders of the community knew they received any money they would steal that money out of jealousy. Therefore, I decided to establish a village exclusively of women.

Since its establishment, Village C has received various kinds of aid from international NGOs and donors, which includes a water tank and funds to construct a primary school. Village C receives substantially more aid than a typical cultural village.

What kind of stories does Village C offer to tourists? The life experiences of the village’s women, reflected in the statement of Ms. S above, point to the difficult personal experiences that inform the following examples of ‘commodified’ life stories.

My father forced me to get married when I was very young. The very first morning I arrived at my husband’s homestead, I ran away pretending I needed to answer nature’s call in the bush. I was still wearing my bride clothes. I knew that there was a place called Village C and I believed if I reached there, I would have help. Eventually, after getting a lift from a bus I finally reached Village C.

Here is another example:

I got pregnant when I was in my 8th year of primary school and dropped out of school. My father became very angry and never forgave me. I ran away to escape my father’s violence and came to Village C.

Such stories are characterized by keywords perhaps typical of the problems many African women face, such as “domestic violence,” “child marriage,” “forced marriage,” “single motherhood,” “school dropout,” or “HIV orphan.” These issues are also a common focus for international development projects in the area.

Only those who are well educated and familiar with the discourse of “African women’s difficulties” as circulated in the western world are able to succeed in this practice.

In summary, there are two main types of commodities in “Maasai” ethnic tourism. One caters to the frivolous images held by many western tourists where locals perform dances and songs and sell beaded crafts, but earn very little from it. The other responds to the grimmer aspects of local lifestyles, and it sometimes earns a comparably huge amount of money in the name of aid or donations. This new tourism commodity provides tourists with multi-dimensional experiences that correspond with other new trends such as volunteer tourism and dark tourism, but also carries with it risks for local women. Life story telling requires the ability to simplify complex individual life events to resonate with the global development discourse. Only those who are well educated and familiar with the discourse of “African women’s difficulties” as circulated in the western world are able to succeed in this practice. Since in the current situation those who have this ability are still very few, life story telling could increase disparities beteween the well educated and those who are not. Even if some of the women succeed in life story telling and gain money to improve their lifestyle according to western standards (wearing western clothes and living in furnished houses, for example), at the same time this may cause their value as suitable subjects of aid to drop or even disappear. Thus in this respect at least, and with an eye to the sustainability of tourism, presenting the dark side of African lives for tourist consumption might prove to be a fragile livelihood strategy in the age of global tourism, philanthropy, and alternative development practices.

1. In this article I use the term “ethnic tourism” to indicate the tourism conducted by an ethnic group to show that group’s specific cultural activities, two of the most common which are dancing and singing.

3. Urry, John (1990) The Tourist Gaze: Leisure and Travel in Contemporary Societies. London: Sage. According to John Urry, the tourist gaze is usually constructed in the society where tourists come from. The gaze structures how tourists view the places and groups they visit.

Kyoko Nakamura is Associate Professor in the Department of Regional Development Studies at Toyo University, Japan.