Between Development and Tradition: Pre-Primary Education in Rural Kenya

Between Development and Tradition: Pre-Primary Education in Rural Kenya

The importance of early childhood development and care has been recognised worldwide because emotional, physical, and social development have significant impact on children’s daily lives and contribute to healthy and productive adulthood. The UN Sustainable Development Goals (SDG) Target 4.2 states that by 2030 all countries should “ensure that all girls and boys have access to quality early childhood development, care and pre-primary education so that they are ready for primary education” (UN 2015). Yet in the Kenyan village where I have worked for more than fifteen years, pre-primary education also exposes children to complexities and tensions among tribal groups due to cultural and linguistic instructional priorities in the classroom. This affects the immediate learning experience of young children and their social development as well. Policymakers need to be more sensitive to these challenges and better equip teachers to cope with them. They also need to make parents aware of the importance of intercultural respect and exchange. Otherwise pre-primary education is likely to undermine development priorities and reinforce discriminatory distinctions in rural villages.

Based on ethnographic research conducted in the village of Narok County, Kenya, where I have stayed and have carried out research on educational and community development issues since 2006,1 I discuss Maasai parents’ perceptions of pre-primary education, what they expect for their children from pre-primary classrooms, and how these aspirations compare to national goals. The Maasai are traditionally semi-nomadic, relying on livestock such as cows, sheep, and goats. Traditionally, the Maasai did not cultivate the land, nor rely on a cash economy. The more cattle a Maasai person has, the more influence the person has in one’s community. Cattle are central to Maasai food, power and wealth (Saitoni and Bechiwith 1988).

Historically, formal early childhood education began in the 1940s in Kenya, established by the British colonial administration. It targeted the children of European settlers, and early childhood education was organized based on the British system, which taught basic academic skills with religious education (Eshiwani 1993; Mungai 2002). Kenya declared in the 2010 constitution that pre-primary education is also compulsory and free for every child, and many children in Kenya begin school in pre-primary classrooms attached to elementary schools.

Pre-primary education consists of Pre-Primary One (PP1) and Pre-Primary Two (PP2). PP1 is for children aged four years while PP2 is for children aged five years. The curriculum includes language, mathematics, environmental, psychomotor and creative arts, and religious education (Christian, Islamic and Hindu). Children attend school in the morning and help with household tasks at home in the afternoon.

Most schools visited during the fieldwork for this research collected a school fee from parents, ranging between KES100-200 (USD 0.92-1.84) per month. On some occasions, students were withdrawn from preschool until their parents were able to pay school fees, and many parents in Narok are believed to sell a goat or cow to generate cash to pay the school fees. Students were provided a school lunch of red-beans and rice donated by the World Food Programme and prepared by a school cook. After lunch, the pupils left for home on foot. There were 49 enrolled pupils in both PP1 and PP2, and neither teacher owned a complete set of textbooks. 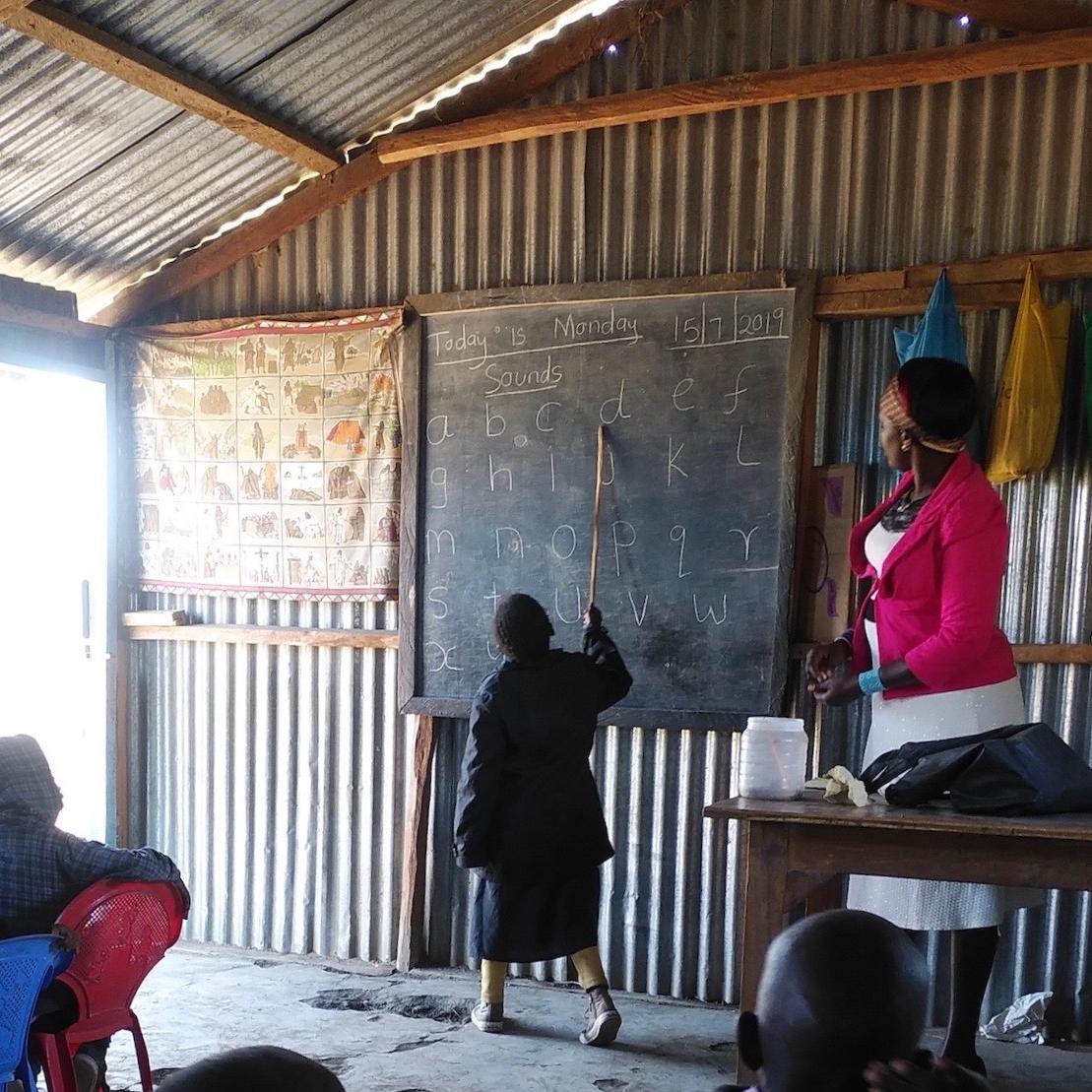 The Problem of Language

In many parts of the country, children learn Swahili as the national language and English as the official language. This has been recognized as diminishing local, community identities. The discussion of mother tongue education and how to integrate mother tongue into school teaching has been debated for many years. In relation to the colonization process, formal schooling and literacy instruction were used to promote a type of education based on that of the colonizers, privileging European culture, languages, and religion (Freire 1970). The Kenyan writer Ngogi’ wa Thiong’o (1986) has observed that the inherited model of schooling and language education can be seen as a vehicle of colonialism, basing his views on his own schooling experience in which he was forced to learn English, the colonial language, rather than his mother tongue, Gikuyu.

Formal education programs are primarily classroom-based and delivered for the most part by teachers trained by an accredited teacher training institution, usually one that privileges English-based instruction. Some research suggests that learning school subjects in English has led many children to poorer academic understanding and attainment. In other words, learning school subjects in a child’s first language helps the child comprehend concepts and contents of the subjects better. In actual classrooms in Narok, the PP2 teacher would also code switch to elaborate on the meaning of the words in Maa (a local dialect), so that the learners could understand them correctly. However, the PP1 teacher avoided Maa in her classroom because she believed and stated that she was afraid that using a local language would cultivate tribalism among young pupils who came from more than one ethnic group.

When the Maasai parents2 talked about their reasons for sending their children to pre-primary schools, many of them mentioned the general aims of pre-primary education, which is building a good foundation for preparing children for Class (Grade) One of primary schooling. Here are some characteristic responses:

“A child is then able to join Class One” (Mother Yunis)

“Knowing how to read…” (Mother Margaret)

Thus, parents regarded pre-primary education as preparatory learning space and were interested in the acquisition of basic academic skills. When they talked about the selection of a pre-primary school, the distance between home and school was their first priority: twelve parents replied that they selected a specific school because of its short distance from home. Walking distance is a main concern since they have to commute on foot every day. Some parents mentioned the reputation of the school.

In many parts of the country, children learn Swahili as the national language and English as the official language. This has been recognized as diminishing local, community identities. 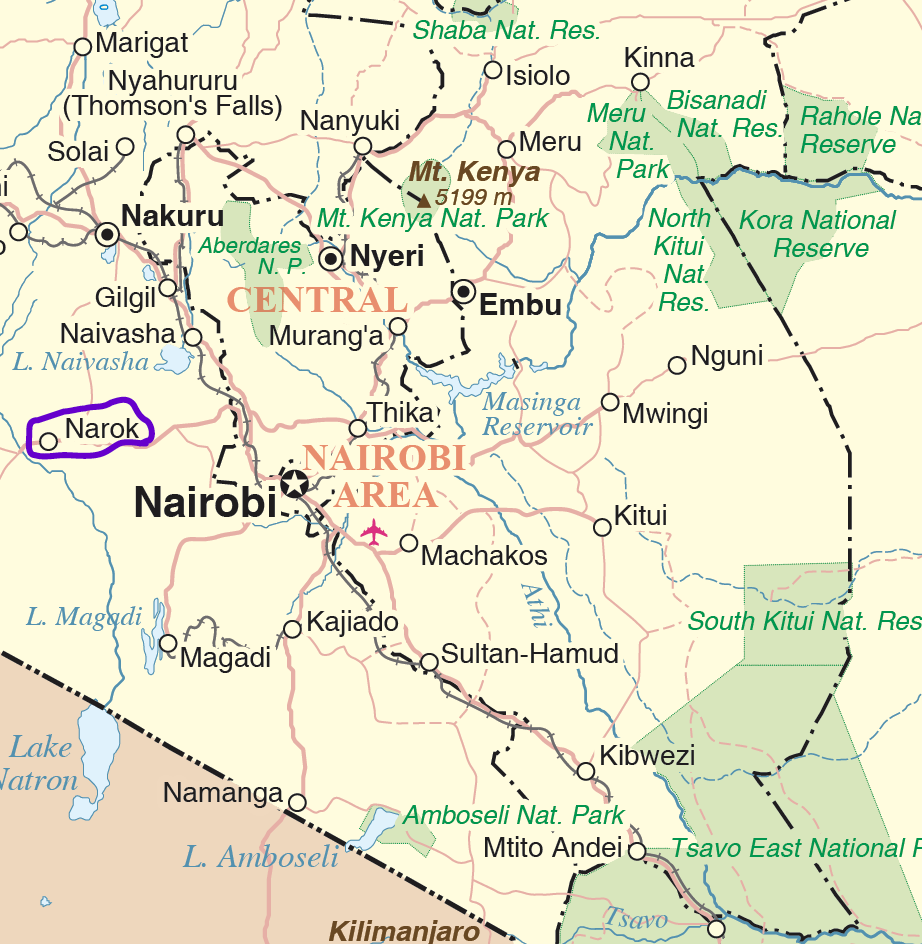 While young children study at pre-primary school, they also learn from their parents at home. Eleven out of 16 parents responded that they teach their children about traditional and cultural values at home, for instance, obeying and respecting senior people, morality, and being responsible. One mother said: “I advise my children to obey and respect teachers. I tell short stories to teach about morality.” (Mother Leah) She places value on the community’s tradition, which is to obey and respect senior people, and she went on to say: “I teach boys how to be responsible fathers, girls how to bring up a family.” Her statement implies that boys and girls are expected to grow up according to certain gender roles assigned by the community.

A Maasai woman taking care of a wounded goat. (Image credit: the author)

In the communities involved in this research, culture and tradition frame how to bring up a child and what kinds of education and knowledge parents would like their children to receive at school and community levels. So it is ‘outsiders’, like international organizations and researchers, who must cultivate and maintain among them an awareness of what kinds of support children and families need in order to thrive in different communities and especially in international frameworks.

Regarding language of instruction, while the new government policy encourages schools to use a mother tongue of a school catchment area for young children, harmonizing a local culture into teaching instructions and methodologies can be a challenge (Takayanagi 2020). Using a local language such as Maa was a controversial and sensitive issue, beyond elaborating English words into Maa for pupils (Thiongo 1986). Local facilitators—mainly female teachers—were an effective bridge between the village and national expectations as regards instructional language (Takayanagi 2020), but this is not enough. It is necessary to involve the other key stakeholders, such as parents and primary school communities, in sensitization campaigns for the selection of a medium of instruction (Mulumba & Masaazim 2012). To have a consensus on mother tongue education among stakeholders is a challenging but significant issue in children’s development and their preparation for meeting the challenges that an increasingly globalized world presents, even in their home setting.

Taeko Takayanagi, Ph.D., is affiliated with the program in International Research and Education at Waseda University in Japan.