Globalization and the Populist Challenge

Globalization and the Populist Challenge

In 1989, Francis Fukuyama famously proclaimed the “end of history” by asserting the post-Communist exhaustion of all systematic alternatives to Western democracy and the globalization of capitalist liberalism. Thirty years later, the reverse process appears to be taking place as the dominant (neo)liberal paradigm is being unsettled by the surge of national populism. The once hegemonic market-globalist discourse has struggled to contain the rising populist narrative that unleashed its fury on the grand liberal vision of the good life in open and interconnected societies. Fearing the dismantling of the entire postwar order and a return to the destructive hyper-nationalist politics of the past century, leading international relations experts have sounded the alarm, wondering whether liberal democracy can survive the seemingly dawning age of “deglobalization.”

But, how, precisely, is today’s populism challenging globalization? Is the apparent “antiglobalist” message of populism really antithetical to the profound dynamics of interdependence that have accelerated during the last three decades? Should populism be considered a mere rhetorical “backlash” to globalization or a rising ideology that draws its ideational power from the intensification of worldwide interconnectivity?

Responding to these questions, this short essay is part of global-e’s new “re-globalization series,” launched by Roland Benedikter and Ingrid Kofler in their recent essay. Following their “5 R’s” framework, this essay activates to some extent all of these five academic responses to globalization’s current phase: “refining,” “reframing,” “reforming,” “redefining” and “revisioning.”

I refer to globalization as the expansion and intensification of social relations and consciousness across world-space and world-time. There are three important provisos to this definition: first, globalization is geographically uneven; secondly, it does not always translate into higher interdependence but can also disrupt and disconnect existing relations; and finally, it generates different forms of consciousness, which are politically manifested as competing ideologies.

Thus, globalization is both an objective and subjective set of multidimensional processes. The objective forms of globalization refer to tangible, material things, objects and people, including money flows, people migration, technologies, goods and services. By comparison, its subjective aspects include meanings, ideas, discourses, moods, sensibilities, identities, and understandings that arise in tandem with material processes of space-time compression. Crucially, these subjective dynamics also include deep-seated modes of understanding: patterned convocations of the social whole—customary, national, global, and so on—that provide the largely pre-reflexive parameters within which people imagine their social existence. Dominant for the last two centuries, the national imaginary conceives of the communal “us” in national terms (Chinese, Italians, Australians, etc.), whereas the rising global imaginary refers to a planetary interdependent community.

The pivotal point here is that these largely pre-reflexive social imaginaries have been articulated by competing ideologies in the form of concrete political agendas and programs. For instance, in the 19th and 20th centuries, ideologies like communism, fascism, liberalism, and conservatism offered a full slate of ideas, norms, and values anchored in the underlying national imaginary. The same is true for a global imaginary, which in the last 30 years was translated into competing “new” ideologies such as market globalism (“neoliberalism”), which aimed to create a global free-market integration.

[G]lobalization… generates different forms of consciousness, which are politically manifested as competing ideologies.

At the turn of the 21st century, market globalism was challenged from the political Left by justice globalism, which advocated for the redistribution of global justice through market regulation; and religious globalism from the political Right aiming to create a transnational religious community such as al-Qaeda’s global ummah (community of believers). Following the devastating 2008 Global Financial Crisis and the related Eurozone Sovereign Debt Crisis, the ongoing ideological confrontation between these competing globalisms has been expanded with the unexpected surge of an ideological contender whose illiberal and authoritarian leanings stand in fundamental tension to the pluralist and inclusive values of liberal democracy: right-wing national populism.1

National populist firebrands like Donald Trump or Marine Le Pen deride “globalism” as an elite-engineered project that undermines the sovereignty and integrity of the nation. Indeed, the core message of their new “antiglobalist” populism emerged as the central slogan of Trump’s 2016 campaign speeches: Americanism, not globalism, will be our credo. This “globophobia” has been reflected in popular culture in numerous ways such as the astounding sales volume of tee-shirts emblazoned with record Amazon.com sales enjoyed by “Stop Being a Globalist” and “Not a Globalist” on Amazon.com T-shirts. However, such antiglobalist denunciations cannot hide the globalist paradox at the very heart of populism: it rides high on processes of globalization and the highly interdependent world it created. Their denunciation of globalization notwithstanding, national populists embrace globalism in many ways. Let us consider three notable examples. 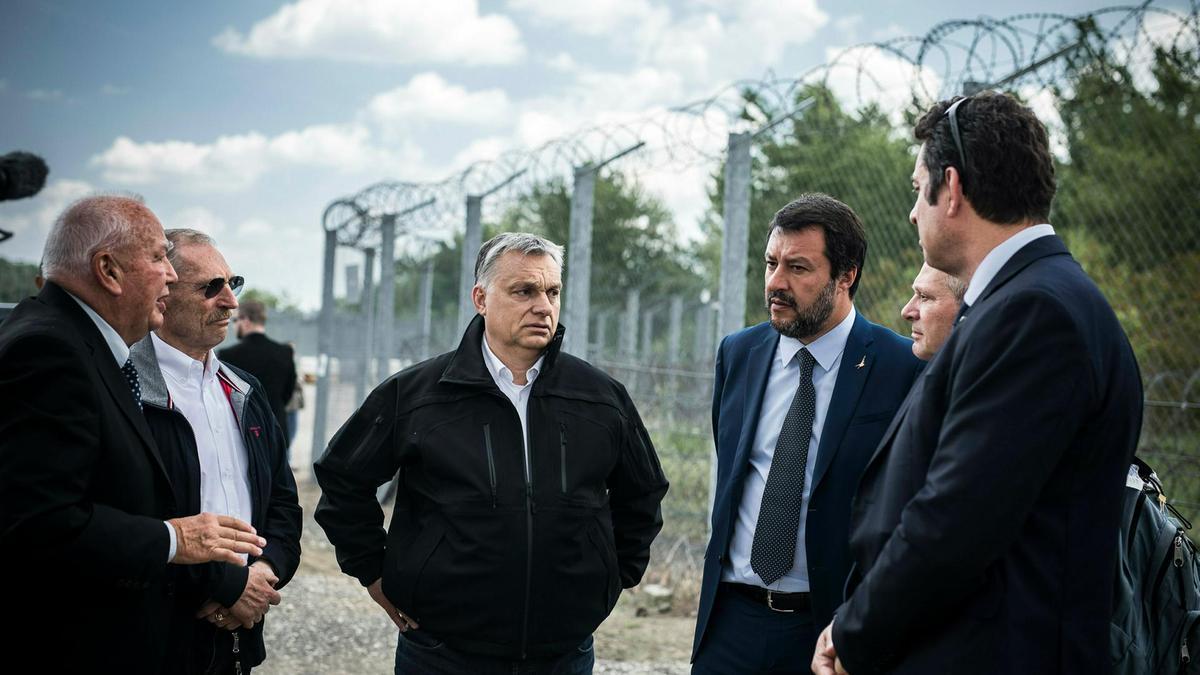 Hungarian Prime Minister Viktor Orban and then Italian Interior Minister Matteo Salvini during their visit at the Hungarian-Serbian border near Roszke in May, 2019. (Source: AP)

Firstly, national populism has itself become a global phenomenon linking Victor Órban’s Hungary, Jair Bolsonaro’s Brazil, Matteo Salvini’s Italy, Jarosław Kaczyński’s Poland, Boris Johnson’s United Kingdom, Rodrigo Duterte’s Philippines, Recep Erdogan’s Turkey, Narendra Modi’s India, Vladimir Putin’s Russia, and, of course, Donald Trump’s USA. The message of these nationalist politicians may sound antiglobalist, but their practice is culturally and economically globalizing, with each of them communicating with and learning from each other in a global context.

Secondly, antiglobalist populists are experts in utilizing the ideological echo chamber of the global social media. Whether they accuse footloose “cosmopolitans” of cheating the toiling masses or reproach the “liberal media” for spreading “fake news,” their preferred means of combat are Twitter, Facebook, or YouTube. Fattening the digital platforms of our “post-truth” age with “alternative facts,” they greatly benefit from electronic global flows that are today 50 times larger than only a decade ago. Contrary to their powerful siren song of deglobalization, antiglobalist populists have emerged as the new priests of “digital globalization.”

...antiglobalist denunciations cannot hide the globalist paradox at the very heart of populism: it rides high on processes of globalization and the highly interdependent world it created.

Finally, antiglobalist populists often engage in transnational economic activities for personal gain. Donald Trump is the epitome of this paradox. In fact, his brand name stands for a global network of hotels from Honolulu to Rio de Janeiro. At the same time that he insists that “making America great again” requires a shift from corporate globalism and free trade to economic nationalism and protectionism, he personally did the opposite. Similarly, his desire to build a “beautiful wall” along the 1,989-mile US border with Mexico to staunch the flow of undocumented immigrants stands in stark contrast to his lucrative business practices of employing them.

The two central messages of this short essay are this. First, globalization is not finished, but assumes different forms, including the paradoxical gestalt of globalizing national populism. Thus, populism is not a “backlash” to worldwide interconnectivity, but an expression of it. Anchored in a national imaginary fighting for survival in a world where all major problems are now “global” in nature, populism is putting up an impressive fight that draws much ideational substance from the denunciation of globalization. Populism’s ideological thrust means that it is more than a mere rhetorical style devoid of ideas and policy proposals. Think, for example, of Trump’s prolific policy initiatives, including the reconfiguration of the postwar liberal order; corporate and personal income tax cuts; the nomination of ultra-conservative judges; the abandonment of Trans-Pacific Partnership (TPP); the weakening and repeal of parts of “Obama Care”; the US withdrawal from the Paris Climate Accord; the weakening of the Environmental Protection Agency (EPA); the expansion of the US-Mexico border wall combined with the drastic reduction of immigration (both legal and illegal), and the imposition of trade tariffs on China and other close economic partners. We may not like Trump’s policies, but they are real and consequential, fuelled by both rhetoric and ideas. 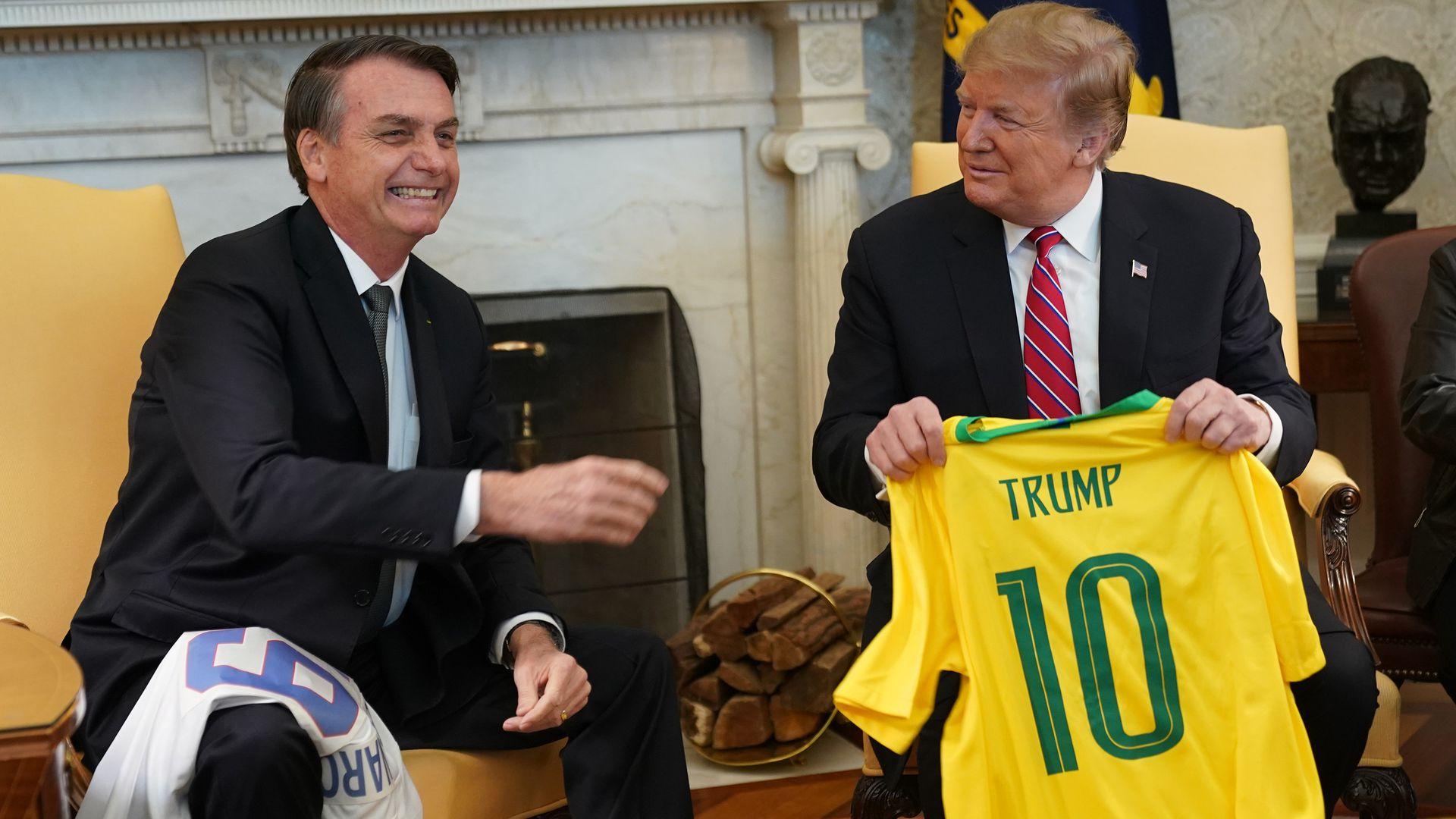 The second message of this brief essay is that engaged globalization scholars, in particular, are called upon to confront the public with the globalist paradox at the heart of national populism. Setting the record straight reveals its political hypocrisy. After all, the most serious problems facing humanity in our era of the “Great Unsettling”—manifested in climate change, automation, inequality, insecurity, epidemics, and migration—are global in nature and thus simply incompatible with antiglobalist populism’s self-contradictory call for a return to the national greatness of a bygone era.2  Rather than issuing a blanket condemnation of globalization, global studies scholars need to engage the “5 R’s”—they need to develop new theoretical insights with direct bearings on the practical work of building more just and sustainable forms of interdependence. In short, globalization still matters, including to those who have profited the most from denouncing it.

1. For an overview of the current ideological struggle between the three globalisms and antiglobalist populism, see Manfred B. Steger, Globalisms: Facing the Populist Challenge (Lanham, MD: Rowman & Littlefield Publishers, 2020).

2. For a recent comprehensive discussion of globalization and the “Great Unsettling,” see Manfred B. Steger and Paul James, Globalization Matters: Engaging the Global in Unsettled Times (Cambridge and New York: Cambridge University Press, 2019).

Manfred B. Steger is Professor of Global & Transnational Sociology at the University of Hawai’i-Mānoa and Global Professorial Fellow in the Institute for Culture and Society at Western Sydney University.