Every year the World Economic Forum releases the Global Risks Report as part of the Global Risks Initiative, ahead of the Forum's annual meeting which traditionally takes place in Davos, Switzerland. The Report is a litmus test of sorts, as its methodology is based on the results of the Global Risks Perception Survey, in which nearly one thousand decision-makers from the public sector, private sector, academia, and civil society assess the risks facing the world.

Regardless of the number of risks identified (for example, in 2011 as many as thirty-seven risks were named whereas in 2019 there were only twenty), what is significant is that the majority of the surveyed experts have generally not indicated the risks connected to public health as particularly urgent—typically it is the lack of geopolitical stability, or economic downturns, or climate change that ranked top of the lists, even in the 2020 report which is its fifteenth edition. While it does mention risks that stem from viruses and bacteria, the 2020 report categorizes them as “societal.” According to the respondents of the relevant Global Risks Perception Survey, this type of risk is regarded as potentially bearing high impact but has somewhat lower than average likelihood.1

As of the beginning of September 2020, it seems beyond doubt that the loss of life caused by the COVID-19 pandemic, as tragic as it is, pales even compared to the common flu. Importantly many centres of epidemics such as the USA, Spain, and Italy—have passed their infection peaks.2  But what most of us face as the aftermath of the pandemic is likely to be the worst economic crisis since the Great Depression of the late 1920s to early 1930s. Millions of jobs have already been lost worldwide and countless small and medium enterprises have gone bankrupt. State leaders around the world were quick to announce, amid draconian restrictions, that their countries are in a war (sic!) with the virus. This should inevitably prompt us to think about non-traditional security threats like infectious diseases as a serious challenge to global security—albeit within the context of human security, which has gained prominence among scholars and policymakers in recent decades.

COVID-19 as a Security Issue

In Europe, so long as the COVID-19 threat seemed very distant, most countries downgraded and a-securitized the risk of epidemic rhetorically and materially. At the European Union level, institutions were aware of the threat of COVID-19 as early as January 2020. Nevertheless, they opted for mitigating the effects of a migrant outbreak at the borders of Greece and Turkey instead of coordinating a pan-European response to contain the novel coronavirus. To a-securitize the disease, the European Commission used a rather soothing narrative. This approach seemed hesitant and made the EU look like an ineffective actor.
The UK government followed a controversial and, so far, calamitous policy. Prime Minister Boris Johnson and his consultants initially decided to experiment with the debatable “herd immunity”6  approach. Sports events continued as usual, the lockdown was delayed, and the economic welfare of the UK as a whole took priority over the lives of the elderly. After the number of COVID-related cases and casualties rose sharply, the UK leadership decided to enforce some restrictive measures, but it was too little, too late. As of September 4, the UK counts nearly 42,000 deaths and more than 343,000 cases.

[T]hose states that account for fewer casualties as a result of the epidemic are those that embraced preemptive securitization.

On the other side of the Atlantic, Donald Trump doubted the severity of the coronavirus threat and openly downplayed the outbreak.7  Along similar lines with the UK, the US leadership proceeded to securitize the outbreak only after hundreds of thousands of Americans became infected and thousands of them died. In the US, the death toll as of September4 is the highest in the world (186,797 deaths).

In Asia, the mainland Chinese regime initially attempted to a-securitize the COVID-19 outbreak. In December 2019, authorities tried to soothe the fears of the Chinese public in order to keep the economy running. Meanwhile the virus was spreading across China, compelling the government to accept the severity of the coronavirus threat which it chose to attack by initiating policies of hyper-securitization. Hospitals were built in record time, lockdowns were imposed, mouths that could reveal the magnitude of the disaster were sealed, and hi-tech surveillance was switched on. The extreme measures were effective. Currently, China adds only a few casualties per day to its coronavirus death calculus.

Unlike the countries that ran the a-securitization to securitization to hyper-securitization gamut, a small number of governments in Asia securitized the virus preemptively. Taiwan and Hong Kong are the most prominent examples of this preemptive approach. By September 4, Hong Kong records 94 deaths and almost 5,000 cases while Taiwan counts 7 fatalities and almost 500 cases. The authorities of these areas that are situated so close to mainland China, the origin of COVID-19, proceeded with mild securitizing measures already before their health systems were under extreme pressure.

In Taiwan, the authorities already began monitoring all Chinese passengers and quarantining all suspected cases by December 31, 2019. Subsequently, Taiwan sent experts to Wuhan to assess the situation on the spot. Having sensed the seriousness of the situation, these experts advised the government to increase safety and health protocols.8  Taiwan banned flights from Wuhan and, eventually, the rest of China and the world. Taiwan also capped the prices of face masks and barred their export. Hong Kong authorities adopted similarly effective preemptive securitization measures. The insignificant number of coronavirus-deaths in these places indicates that their preemptive securitization approach was much more successful than the a-securitization, mild, late securitization, and hyper-securitization reactions of the UK, the US, and China.

So much has now been written on the importance of the COVID-19 pandemic. The big question, one is entitled to ask, is whether the pandemic is going to be a 'game-changer' or not. On the one hand, the mainstream media tend to persuade us that most of what we experience these days is unprecedented in terms of the scale and possible economic and political ramifications. 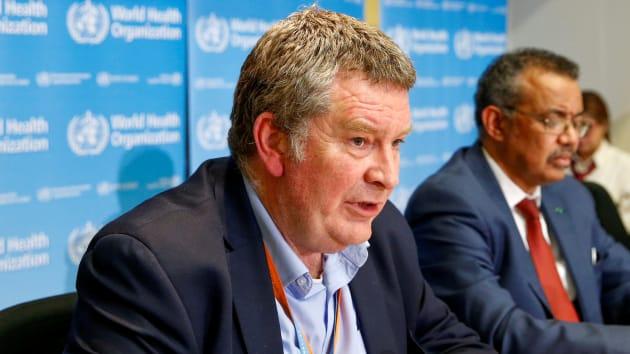 Executive Director of the World Health Organization’s (WHO) emergencies program Mike Ryan speaks at a news conference on the novel coronavirus (2019-nCoV) in Geneva, Switzerland.

As of now, well-established patterns and institutions of international cooperation are under stress or even openly challenged by some world leaders. The World Health Organization and the European Union are just two examples of this. The EU, in particular, the current public health crisis in many European states and the concurrent ineptitude of the EU to address it as an institution raises questions about the future of the European integration. COVID-19 appears to be yet another crisis on top of earlier events that challenged the unity among members of the European Union (the worst being the immigration crisis of 2015).

As the United States continues to limit its contact with the rest of the world (in particular with China), at least temporarily, one is also entitled to question the future of globalization processes. Are they reversible? Can we talk about processes of de-globalization? Perhaps more generally, will the future empower nation-states and limit the power of non-state actors such as transnational corporations, which are the major proponents of the processes of globalization? Are we going to witness a revival of nationalism amid the well-identified 'sins' of neoliberalism? Geopolitically then, will the shift of power from the West to the East continue at the same rate, or even at all?9

The authors, being sceptical by nature, would suggest a rather negative answer. There are two significant reasons for taking such a view. First, since the 1980s most states have ceded a great deal of power to nonstate actors.10  As a consequence their regulatory capacities have greatly diminished, and so their power to influence global processes has become very limited. Second, there appears to be a severe deficiency among top policymakers when it comes to long-term, strategic thinking. In fact, most governments around the world have become mere administrators who react rather than shape or influence global politics, with the result that the role of strategy—understood as optimal long-term planning—has diminished.11

In conclusion, we claim that the current epidemic has once again proven that security is not only a site of contestation between various intergovernmental and non-governmental actors but, perhaps most importantly, and undervalued discipline. Is it possible that one of the reasons behind such a state of affairs is that most developed societies are de-politicized and, therefore, overly vulnerable?

5. Stivas, Dionysios & Smith, R. Nicholas. “Coronavirus: China's attempts to contain the outbreak has given it new levels of state power.” The Conversation, March 11, 2020.

8. Scher Isaac. “Taiwan has only 77 coronavirus cases. Its response to the crisis shows that swift action and widespread healthcare can prevent an outbreak.” Business Insider, March 18, 2020.

Dionysios Stivas is a Senior Research Assistant and Lecturer at the Department of Government and International Studies at Hong Kong Baptist University.

Krzysztof Sliwinski is an Associate Professor at the Department of Government and International Studies at Hong Kong Baptist University and the Programme Director of Master of Arts in Global Society.