Although he was certainly not thinking of world politics, this comprehensive observation by Sigmund Freud offers a preferred starting point for all serious global reform efforts. Here, Freud's central understanding that unfettered liberty among individual human beings can lead only to corrosive social conflict applies equally to the behavior of states. In essence, we are cautioned, if left alone to pursue their collective lives “freely” within the global state of nature—an unsteady existence that lacks any purposeful central guidance—the separate states would endure insecurely and interminably amid permanent war.

In any such condition of anarchy there could be no civilization.1 Moreover, for individuals coexisting in this worldwide condition of war, such unenviable life also would be “solitary, poor, nasty, brutish and short.”2 But how best for states to finally plan their indispensable escape from the global state of nature? There are really only two major responses, although, significantly, they need not be mutually exclusive.

The first, and by far the most often invoked and recommended response, focuses on changing the perpetually anarchic context of world politics. Even before Richard Falk and others had pioneered World Order Studies back in the 1960s, philosophers from Dante Alighieri and Immanuel Kant to H.G. Wells, Sri Aurobindo, and Pierre Teilhard de Chardin had already elaborated imaginatively on various complex configurations of world government.3

The second response takes investigators back to the indisputable origins of the problem: to the manifestly undiminished imperfections of the individual human being. In this properly analytic posture that sees all world politics as epiphenomenal, as a manifestation of much deeper causes, the scholar's overriding emphasis must necessarily be placed on “fixing people.” To be sure, if the first reaction can be reasonably critiqued as unrealistic or utopian, the second qualifies even more plainly for such characterizations.

How, then, to proceed? A timely, apt, and thoughtful answer is offered by former Turkish Prime Minister Ahmet Davutoğlu in his very lucid March 30, 2017 essay in global-e. In it Mr. Davutoğlu takes some of the main and sometimes disconnected strands of each principal orientation, and weaves them together in an original and potentially useful synthesis.

While, in principle at least, populism could be considered inclusive and global governance as exclusive, Mr. Davutoğlu’s chosen polarity allows him to highlight promising responses to the unique “earthquakes” now shaping our already fragmented world. Moreover, his bifurcation of alternative world futures is well suited to accommodate the expressed dangers of what he calls “conjecturalism, short-termism and particularism.” 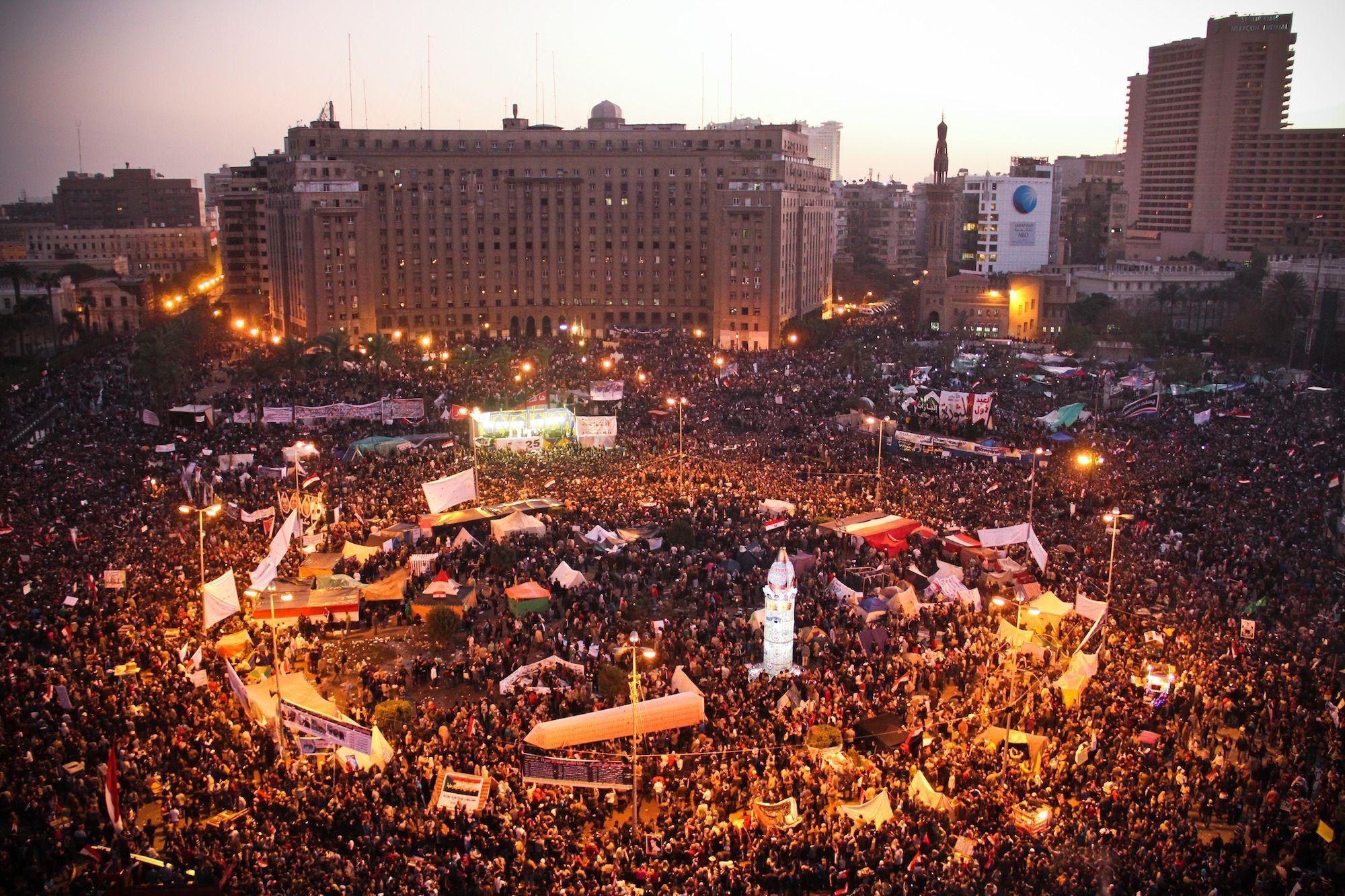 By underscoring the major and often synergistic pathologies in the world body politic, the author's diagnosis is generally right on the mark—who could fault an effort that critiques narrowly reactive policies and simultaneously acknowledges the vital advantages of genuinely theoretical investigation? So, too, is his prognosis of further disintegration, injustice, war, and terrorism. Nonetheless, as to his recommended therapy, Mr. Davutoğlu brings us more or less full circle, back to an earlier world order emphasis on narrowly structural or institutional revisions like strengthening/centralizing UN-type organizations.4

Analytically, the one discernible problem in Davutoğlu’s essay is perhaps its too thin focus on possible transformations of the individual human being—the microcosm—and on his/her incontestably primary place in all global rescue preparations. To be sure, our incessantly fractious state system remains inherently incapable of serving humankind's most basic security and justice obligations—Nietzsche in Zarathustra notes that the “state is the coldest of all cold monsters”5—but even the most refined prescriptions for improved global governance will require certain specific and corollary changes in human behavior. This is the case in spite of the obvious improbability of ever implementing such "molecular" changes.

The one discernible problem in Davutoğlu’s essay is perhaps its too thin focus on possible transformations of the individual human being—the microcosm—and on his/her incontestably primary place in all global rescue preparations.

Still, Mr. Davutoğlu has made a very serious start on these issues, and we might somehow be able to identify an optimal reconciliation between his conspicuously insightful diagnoses—especially regarding the dual weakness of populist leaders and “the establishment”—and sorely-needed human behavioral changes. As a start, it is perhaps most urgent that we finally learn to undermine the relentlessly zero-sum aspects of world politics with more expressly populist visions of cooperation and “oneness.” In this regard, scholars and policy makers alike would be well-advised to recall the special wisdom of Teilhard de Chardin: “The egocentric ideal of a future reserved for those who have managed to attain egoistically the extremity of ‘everyone for himself’ is false and against nature.”

Teilhard's succinct warning in The Phenomenon of Man now has especially powerful relevance in the context of U.S. President Donald Trump's refractory emphases on “America First.” By definition, as also hinted at by Mr. Davutoğlu, these thoughtless enunciations are compatible only with greater human insecurity and further human degradation.

Davutoğlu points in a more salutary direction. Implicit in his far-reaching indictment of national and global (dis)order is the indissoluble connection between intra-national and inter-national power processes. This linkage correctly suggests that “fixing states” would represent a vital intermediary step between individual human transformations and world order reform. Yet whether we like to hear this suggestion or not, before humanity can achieve what Mr. Davutoğlu rightly demands—that is, “rule and value-based, multilateral, consensual, fair and inclusive forms of global governance”—certain very fundamental human changes will need to occur. Mr. Davutoğlu's essentially enlightened perspective on bridging the so far insurmountable gaps between “person” and “planet” can be discovered in his concluding paragraph where he explains that global governance “is not only dialogue among nation-states, but among human beings, with an interactive, interconnected system creating an international order.”

...it is perhaps most urgent that we finally learn to undermine the relentlessly zero-sum aspects of world politics with more expressly populist visions of cooperation and 'oneness.'

A benefit of this explanation is that it points back usefully to Teilhard on the immutable importance of system: “The existence of ‘system’ in the world is at once obvious to every observer of nature.... Each element of the cosmos is positively woven from all the others.” Even more specifically, and still using a weaving metaphor, there are complementary lessons in Aristophanes’ Lysistrata that recollect what used to be called cosmopolitanism, or a determined ideology of world integration6:

Then you should card it, and comb it, and mingle it,
all in one Basket of love and of unity,
Citizens, visitors, strangers, and sojourners,
all the entire, undivided community.

In the end, Davutoğlu's concerns about “conjecturalism, short-termism and particularism” can be met only by a more thoroughly unqualified loyalty to humankind, or by what Jacques Maritain had earlier called an “integral humanism.” In turn, this redirected loyalty, which would likely be labeled unpatriotic within the separate states, will require a much greater global development of intellect, or mind. Such a development would by definition be at odds with any exaggerated expectations of populism.7 Moreover, nothing could be solved by encouraging the ever more empty virtuosity of technology (Mr. Davutoğlu speaks rather of an “overreliance on technocracy”), and the dreary mechanization of daily life as solutions to our problems. Currently fashionable innovations such as commercialized space travel or cars that drive by themselves exhibit no identifiable correlation with any true measures of human progress. For certain, there are no apps for accessing or implementing more authentically advanced levels of human community.

We need, instead, in the fashion of Mr. Davutoğlu's first-cut diagnoses of global order and populism, to replace a recognizably false, time-dishonored, and close to collapsing communion of nation-states—an inwardly-rotten “balance-of-power” communion based on endless fear and perpetual dread—with a gentle and new harmony. Were such an ambitious replacement tangibly successful or at least underway in some recognizable degree, we might finally take seriously the distant promise of Sigmund Freud that an expanded or even somehow supplanting power of global community can make “world order” sense only if there have first been certain antecedent transformations of individual human beings.8

A last observation points to a potential barrier to all plausible concepts of human transformation. This fly in the theoretic ointment is the problematic assumption of human rationality—a widely held assumption also (if understandably) implicit in Ahmet Davutoğlu's suggested paradigm for bridging the still-surmountable gaps between populism and global governance. Even before Freud—especially in Dostoyevsky, Nietzsche and Kierkegaard—we read to our benefit about human irrationality as the all-too-frequent core of actual human behavior and political decision-making.

Though daunting, this literary/philosophic recognition of the absurd—credo quia absurdum: “I believe because it is absurd”—must somehow be taken into account in any proposed program for world order reform, however seemingly persuasive. Without it, even otherwise carefully worked-out prescriptions for global “civilization” could eventually, and perhaps calamitously, fail.

1. Today, following the special lexicon of Pierre Teilhard de Chardin, we might prefer

to substitute his "planetization" for Freud's "civilization."

3. My doctoral dissertation at Princeton explored the logical foundations of pertinent

4. To be clear, however, the author does make explicit that the U.N. itself has been a very

5.  This is a view later reinforced by Jose Ortega y Gasset's largely corresponding

observation that “the state is the greatest danger.” As he explains in The Revolt of the
Masses, “The State, after sucking out the very marrow of society, will be left bloodless,
a ‘skeleton,’ dead with that rusty death of machinery, more gruesome even than the
death of a living organism.”

7. Still the best source of explanations for this “barrier” is Jose Ortega y' Gasset's seminal

8. This idea of “man as microcosm” was already developed in Francis Bacon's Advancement

of Learning, as a theory that took individual man as an accurate representation of
the entire world—that is, “....as if there were to be found in man's body certain
correspondences and parallels which should have respect to all varieties of things....
which are extant in the greater world.”