Toward a New Neuroethics in a Multipolar and Multicultural World

Toward a New Neuroethics in a Multipolar and Multicultural World

The geo-political restructuring that Benedikter and Kofler describe as re-globalization also establishes newly developing fora and vectors for scientific and technological (S/T) enterprise. Such ventures are clearly influencing major biomedical markets but also, and perhaps ever more explicitly, are transforming the capabilities and perhaps the very concept of the human being.1  Re-globalization entails, or at least implies, inter-disciplinary and multi-national perspectives on the current global system of norms, standards, and mores. How, and to what extent, will these new constructs influence S/T endeavors to evoke changes in the ways that humanity views, accesses, and affects biological systems to direct change in human understanding, capability, relationships, and power? One of the focal domains of such influence is the brain sciences.

Neuroscientific discoveries about substrates of thought, emotion, and behavior may be the proverbial “tip of the spear” that pierces previously held notions and limits of consciousness, capabilities, and constraints of the human being as well as humanity’s relationship with S/T, society, and global ecologies. Despite prior, titular projects declaring a “Decade of the Brain” (1990-99), the groundswell of research, development, and applications of neuroscience and its technologies (neuroS/T) fostered by multi-national projects of the past ten years may render the 2020s to be the more potent and portentous decade for advancing an understanding—and capabilities to affect—the brain and its functions. Initiatives based in the United States,2 the European Union,3 China,4 and Japan,5 just to mention a few, are incorporating opportunities to reflectively and ethically consider the impacts of investigations and achievements in brain science research.

In hindsight, neuroscientific efforts of the early to mid-1990s served as a major milestone toward fertilizing the current climate and pace of brain research. Coupled to currently funded initiatives in biotechnology, the neurosciences are emerging as the next domain and frontier of human cognition itself. Therefore, it will be important to appreciate, apprehend, and articulate technology in its literal sense, as tekne logos: a rational accounting of tools, their development, use, misuse, and those who develop and use them. With these techno-cultural contexts in place, any genuine approach to neuroscience and neurotechnology must entail neuroethics, as both a discipline and set of practices.6

In this light, we applaud and equally advocate Roland Benedikter’s and Ingrid Kofler's urging that core aspects of the globalization process—particularly the technological, economic, political, cultural, and religious dimensions of society—feature prominently in a major re-assessment and re-design of a truly global neuroethics.7  The “globalization” of neuroethics becomes self-evidently important, if not urgently necessary, as novel neurotechnologies are being developed and are reaching various markets for use around the world.

Despite those broad prospects, from its formation around twenty years ago neuroethics was planned to be little more than a domain of applied bioethics, somewhat awkwardly paired with moral psychology. That stunted neuroethics in the cradle. First, standards of research ethics can appear to sufficiently regulate neuroscientific research through familiar principles respecting animal welfare, human safety, and individuals’ autonomy. Second, the dichotomy dividing facts and values enshrined in Western ethics minimized any relevance of neuroscience to ideas of personal selfhood, dignity, and duty. According to this perspective, what neurons happen to be doing won’t necessarily describe or inform what people should really be doing.

To date, those two rather conservative answers have appreciably dictated most of the discourse about ethics and the brain. This was not merely coincidental. Bioethics was bound to be swept up into the globalist neoliberal agenda, and the West’s vision of certain individual rights would stand as the regulatory global standard. The establishment of any single bioethical regime during neoliberalism’s peak was at most a superficial feature of the many nationalistic research agendas around the world. A checklist of concerns about informed consent, treatment safety, patient privacy, and medical paternalism merely reflected one culture’s focus on largely legalistic issues of consumer protection law in an age of rampant capitalist individualism. In brief, neuroethics was part of a broader, legalistically-driven bioethics that was conducive to nationalist and transnational capitalism, so that “neuroethics 1.0” remains stuck and stunted pretty much where it began. As long as (Western) ethics remains unquestionable, the regime of (Western) research ethics can rule.

The “globalization” of neuroethics becomes self-evidently important... as novel neurotechnologies are being developed and are reaching various markets for use around the world.

In order for neuroethics to transcend a hegemonic Western bioethics, a genuinely transnational approach must be undertaken. That approach won’t be constructed by assembling a map and pinning labels for “brain projects” on it. Gazing at a world map highlighting several rich nations funding brain research might induce a blurriness of vision, letting “international brain science” come into view while obscuring how different these separate research agendas are proving to be. The relationship between translational research and innovative applications could largely reflect a nation’s social, economic, and in these ways, arguably ethico-legal priorities. For example, a particular nation or whole cultural sphere might refuse to reconsider its preferred ranking of ethical ideals and principles, and be willing to stand alone against all remonstration from other nations and peoples.

The current retreat of neoliberalism opens the field for neuro-nationalism. However, it also opens the field for a wider, more interrogative approach which asserts that neuroethics should be a discursive component of neuroscientific research itself, and not merely a trailing field only disciplined to ask its questions long after neuroS/T reaches application.8  That broader and forward-looking approach in turn is far more conducive to developing and sustaining a cosmopolitan neuroethics.9  We do not speak of an ethics merely for a traditional “cosmopolitan,” that is, one who could live anywhere while rooted nowhere. From the deepest roots of humanity’s common cultural heritage, the flower and fruit of a global ethics for everyone may, and we argue, should be cultivated and shared. 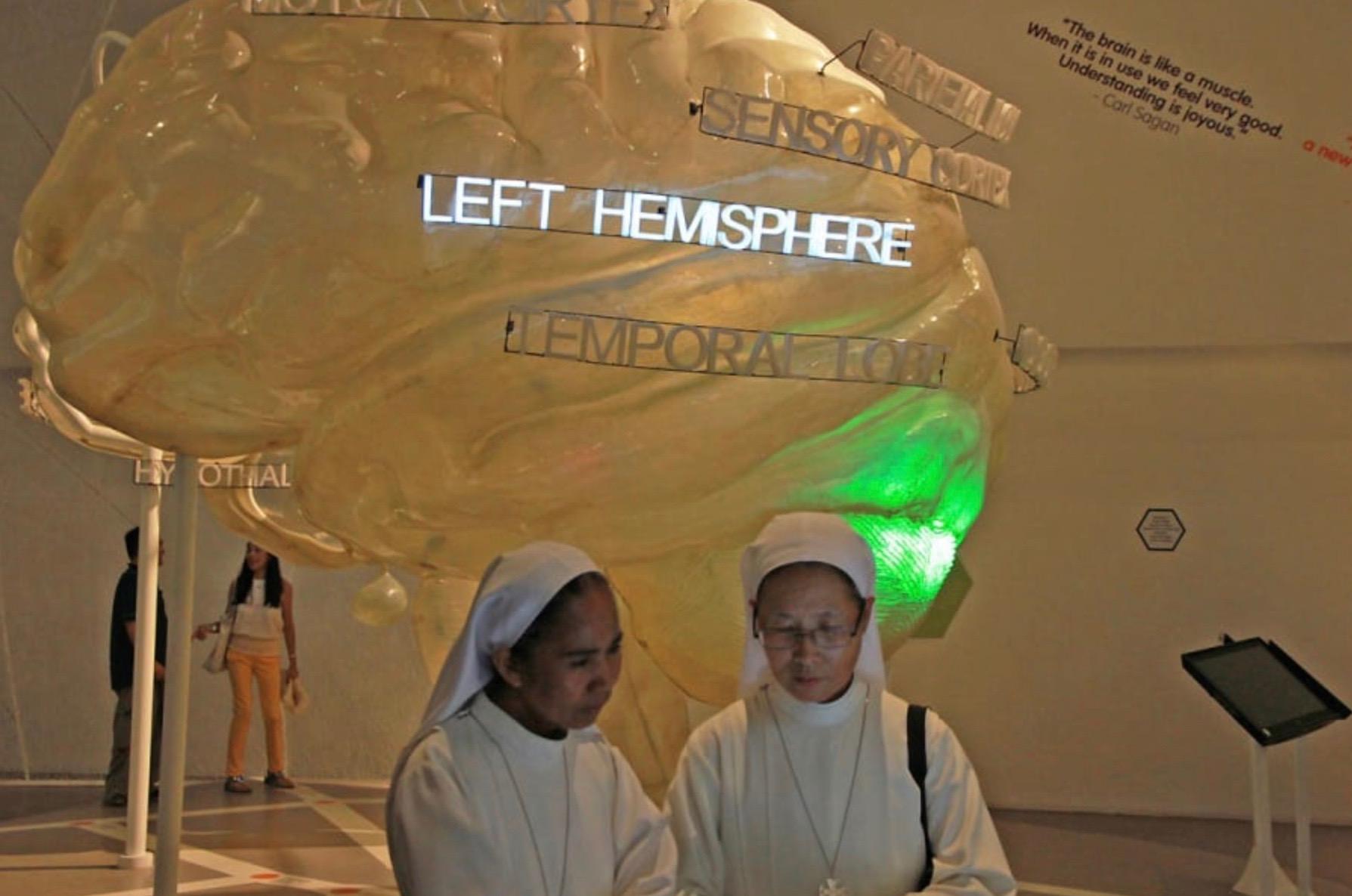 Genuine respect for cultural heritages10 that condition moral values and priorities begins with and derives from the people themselves. All of the benefits, burdens, risks, and potential harms of neuroS/T to persons—regarded both as individually separable and as communally integrable—require honest assessment prior to any evaluative or prescriptive stage. To structure this assessment, we have proposed, and here again endorse a multi-component, multi-step risk assessment and mitigation approach.11  Rather than exemplifying any singularly nationalistic agenda, this assessment schedule would be useful for enabling international and cross-cultural deliberations to proceed in a disciplined manner. As shown in Table 1, discourse toward guidance and direction starts with and proceeds from exploratory questions rather than accusatory dictates, and then frames and analyses the responses to these queries, addressing particular contingencies in defined contexts.

1. What types of neuroS/T is available for current use; what are the defined benefits, and known and potential burdens and risks?

2. Why is particular neuroS/T being considered/advocated for use; can technical capabilities affect identified substrates of neuro-psychological functions?

3. Who will receive neuroS/T assessments and/or interventions (i.e., disorders/conditions, outcomes)?

4. When will certain neuroS/T be considered within a use algorithm or protocol; will (and how will) factors such as age and comorbidities be considered in making such decisions?

6. Which mechanisms are- should, and/or will be - employed to subsidize equitable provision of resources and services necessary for intervention and subsequent care required?10

1. Capacities of the neuroS/T in specific applications of intended use;

2. Consequences of the research and/or its translation;

3. Character of both the research, and how its outcomes/products might affect individual and/or community identity and ontology;

4. Contexts in which specific types of neuroS/T might be used within various situations, institutions, and socio-cultural contingencies that may affect the aforementioned variables;

5. Contingencies affecting of continuity of research and clinical care as necessary to address and manage any/all effects of novel interventions; and

6. Consent obtained to assure voluntary participation in research trials or clinical interventions in light of the relative nascence of techniques and technologies (and as contingent upon, at very least provision of information, if not relative assurances regarding the aforementioned “Ws and Cs”).

We then recommend that short-term evaluations of an emerging neuroS/T, as established by the aforementioned process of questions, context(s), and contingencies, should seek a fair balance among the following (“6-P”) priorities:

1. Protecting the autonomy and liberties of persons;

4. Preventing neglect of the vulnerable and disadvantaged;

5. Preserving the justice of the legal system;

Genuine respect for cultural heritages that condition moral values and priorities begins with and derives from the people themselves.

This framework of a deliberative neuroethics can engage brain researchers, technological innovators, and neuroethicists in collaborations to reconstruct ethical guidelines that work in practice rather than just theory. This new neuroethics, “neuroethics 2.0”, should be readied for the global stage. Consensus can be possible (if not yet probable) wherein cultures share abiding moral values that are common across humanity. From this point of vantage, beyond a multi-polar neuroethics and/or multi-cultural neuroethics, a truly global neuroethics could be developed as more than just a sum of component nationalist parts. We conclude that an ethical centerpiece of re-globalization can be found on a very practical and techno-innovative level, which must not be neglected in the coming years as re-globalization inspires fresh innovation not only in science and technology, but also in ethics and politics.