The scholarly literature in development studies tends to position the global North as the center where both classical and modern development perspectives emerged.1  Although classical tenets of development were premised on allusions to natural, divine, and economic order, modern tenets materialized in the Point-Four Programs proposed by post-war American president Harry Truman in 1949.2  Since then, development has carried its present-day connotations as an exogenous intervention in the areas of science, technology, and finance aimed at addressing poverty, illiteracy, disease, and other cultural and economic ‘backwardness’ in ‘underdeveloped’ areas, the so-called Third World. This implies that development thinking consolidated in the global North while the global South remained a mere recipient of ideas and policies.

This essay3 presents an alternative view: that development thinking was also the business of the South.  It briefly sketches the ideas of leaders in the global South, particularly those of Nepal's BP Koirala (1914-1981) in juxtaposition with some of his contemporaries such as India’s M. K. Gandhi, Julius Nyerere of Tanzania, and the North Korean leader Kim Il Sung. This juxtaposition reveals some fundamental differences in the development thought of the South that arise from the specific historical and political contexts of post-independence states.

In most of modern history, intellectual leadership in the South understood development as a process of liberation from external political control. It was supposed to be a tool to achieve independence from colonialism and local feudalism. As such, development was partly understood as a state of political, social, and economic self-reliance. BP Koirala's position is somewhat different, contextually grounded in the unique reality of Nepal insofar as he understands development as socialism and interdependence among states, with democratic freedom as a precondition.

Koirala, the first democratically elected prime minister of Nepal, governed a post-feudal society after ousting the Rana regime in a revolution in 1950. Contrary to the 'development first' recommendations of modernization theorists,4 he believed in a 'democracy first' model in which democracy could precede economic development, arguing that in a developing country only democratic institutions could ensure economic development, equality, and social justice. By comparison, Gandhi emphasized the capacity of the individual, and Nyerere the strength of communes, as key facilitators of development. For his part, Kim emphasized “ideological consciousness [as] determining human behavior in historical development.”5

BP believed that people were the real source of wealth and should control the means of production by participating in all stages of political economic processes. Arguing that democracy could put people's aspirations and resources at the center of the development process, he said:

According to our conception, democracy and economic development are not contradictory concepts; they are complementary to each other. As a matter of fact, economic development starts from politics. If you have appropriate political instruments that are responsive to the aspirations of the people, only then can you start thinking about development and serve people. Otherwise, it is all humbug.6

BP called his approach democratic socialism. In it, the agencies of development were the state, the people, the private sector, and the international community. His approach resembled the principles of a coordinated market economy inasmuch as the state should take the lead in coordinating the other partners in decision-making. He argued for a welfare state where the people would control the means of production through democratic processes. In this way, political democracy would be translated into economic democracy.

Unlike many of his contemporaries—and despite to the rising influence of capitalism in the global South after the 1950s—BP believed that democratic socialism could ensure modernization and fulfill the contemporary needs of a post-feudal society like Nepal. To him, socialism was materialistic, people-centric, and an inspirational idea that could motivate people for change, offsetting the effects of capitalism in both developed and developing countries. Again by comparison, Tanzania's Nyerere argued that socialism could help protect and maintain Africa's traditions by resisting the infiltration of unwanted foreign cultural elements. For Kim Il Sung, socialism also represented a means of protecting North Korean traditions.

BP Koirala's development perspectives tended to be ‘post-feudal’ inasmuch as he persistently believed that Nepal's development rested on modern values and democratic institutions.7 His thinking also was shaped by the fact that Nepal was never colonized by a Western power. By comparison, Gandhi believed that Swaraj (basically, “self-governance”) was part of India’s struggle to wrest itself from the grip of British control and it should therefore be the guarantor of Indian tradition. He contended that adopting modern values amounted to the continuation of colonial exploitation and dependence. He devalued cities because they were centers of western modernity, whereas the village, he thought, could maintain Indian traditions.8  Nyerere argued in a similar fashion that Ujjamma, a collective program for self-reliance of Tanzania, should stand on African values. Kim Il Sung also denounced foreign influences, discarding modern values as an inheritance of the West.

BP Koirala's development perspectives tended to be ‘post-feudal’ inasmuch as he persistently believed that Nepal's development rested on modern values and democratic institutions.

Nepal is a landlocked country, and just after its liberation from autocracy in 1950, BP warned that this geographical constraint could lead to isolationism. He therefore insisted on the need for international cooperation among small states in addressing development challenges and global issues.9  It can be argued that interdependence is one of the central tenets of BP Koirala's development thinking. He promoted the exchange of financial, technological, and logistic support among states, both developed and underdeveloped. A quite contrary position was taken by Gandhi, Nyerere, and Kim, all of whom resisted foreign cooperation and assistance of any kind, equating outside assistance with external dominance. They argued instead that self-reliance was the only model by which their countries could develop. Nyerere remarked, “It is... stupid, indeed, it is even more stupid, for us to imagine that we shall rid ourselves of our poverty through foreign financial assistance rather than our own financial resources.”10  Kim's Juche ideology sounded even stronger. He said: “Establishing Juche means holding fast to an independent position, rejecting dependence on others, using one's own brains, believing in one's own strength, displaying the revolutionary spirit of self-reliance, and thus solving one's own problems for oneself on one's own responsibility under all circumstances.”11

Yet BP believed that only interdependency could relieve the problems of a landlocked country like Nepal. With regard to foreign aid, he maintained that both foreign and national capital was necessary in order to sustain development. Again, this view is contradicted Gandhi, Nyerere, and Kim in that they believed that money was the source of foreign exploitation. While BP emphasized the role of both capital and labor in development, his three contemporaries prioritized the role of labor. Industrialization was rejected by both Nyerere and Gandhi, who saw their countries as having been victims of industrialization during the colonial era. Kim, too, believed in self-sufficiency and localization of industries. But for BP Koirala, industrialization was a way to overcome social and economic feudality, and he gave it considerable emphasis. 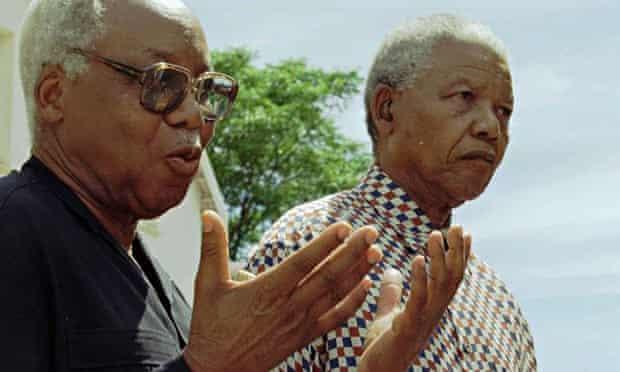 Despite the fact that BP admired, and in many instances followed, Marx and Gandhi, he was not a mere follower. He criticized Marx for his overemphasis on materialism and his linear interpretation of history. He could not believe that economy was the sole determinant of people's expectations of change. He also thought that the Gandhian order of decentralization, de-industrialization, and village economy amounted to regression to a primitive stage. BP argued that “Marx's interpretation of materialism could be selfish, celestial, and distraction and [that the] Gandhi's extreme orientation to spiritualism could be orthodox, conservative, and irrational.”12  Nevertheless, in his final years, BP submitted partly to the Gandhi’s way of development thinking.  By then the Nepalese king's authoritarian regime had adopted industrialization and infrastructural development policies advocated by the Western powers, leading BP to exclaim that an American style of modernization was proving harmful in Third World countries like Nepal. Increasingly sympathetic to Gandhi’s perspective, BP began to emphasize small technologies, renewable resources, and development of the rural sector, while also remaining receptive to foreign ideas and resources.

Just as in the North, intellectuals of the global South have engaged in serious consideration of what development should be and how it should be carried out. It is clear that the South's development thinking reflects local political and economic contexts, and that those changed over time. The degree of antithesis between these orientations depended upon the historical relationship between individual countries of the South and the colonizing North. Intellectual leaders in post-colonial societies tended to discard technology, finance, and knowledge from the North, and argue for a self-reliant approach to development. In a post-feudal society like Nepal that did not share this colonial history, development was pursued as modernization through social-democratic institutions, open to a dialectical exchange of values and technology with the North, and selectively open in terms of cooperation and interdependence.

3. This essay is an excerpt of my PhD dissertation titled 'Alternative Development Perspectives and Trends in Nepal: With Special Reference to Social Democratic Perspectives of BP Koirala'. I acknowledge University Grants Commission, Nepal and Prof. Jan Nederveen Pieterse, Department of Global Studies, UCSB for providing me with research funds for the completion of the dissertation.