An activist depicts torture techniques used on Palestinians on the U.N.-sponsored International Day in Support of Victims of Torture, June 26, 2004 in Tel Aviv. (Photo: Getty Images)

Suddenly, I was brought to Sarfand military prison. They didn’t call us by our names. I was given a number: I was prisoner number one. They played certain machines: strange sounds of interrogation and torture. It was exhausting. My interrogation lasted for twelve months and a half. It was brutal. My body still bears signs of torture.   --Nader al-Afouri

The above statement by Nader al-Afouri, a former Palestinian prisoner, was made during a lecture on the Israel Security Agency’s (ISA) resort to torture in its interrogation of Palestinian detainees. Nader’s story, however, is not recent. It dates back to the early years of Israel’s occupation of the remainder of historic Palestine. During his first arrest, Nader was subjected to numerous torture methods.1  His arrest and interrogation in 1978, lasting for twelve and a half months, is perhaps the most memorable. Following a duress interrogation during which he did not communicate with his interrogators and remained silent, Nader was transported to Ramleh prison’s hospital when the authorities became convinced that he had ‘lost it.’ Unable to talk or recognize those around him, and with a frail body weighing 37 kg, Nader remained silent at the hospital. Mounting international and local pressure forced the Israeli authorities to release him to a Palestinian psychiatric hospital from which he was later discharged to his native town of Nablus. To this day, Nader refuses to say whether he had intentionally deceived the Israeli authorities and secured his release by playing insanity.

Fast forward to 27 September 2019. On this day, Samer Arbeed, a Palestinian father of three young children was being rushed from al-Mascobiyya interrogation center to Jerusalem’s Hadassah hospital in an unconscious state; with 11 broken ribs; renal failure and with bruises covering his body.2  Samer was arrested from his workplace in Ramallah just two days prior and immediately subjected to brutal torture during which he nearly died. Presently awaiting trial, Samer remained at the hospital for months, and at that time the Israeli Hight Court of Justice (HCJ) upheld an injunction denying him the right to meet with his lawyers, arguing that “preventing the meeting [with legal counsel] is indeed vital to regional security.”3  At various stages of Samer’s interrogation, Israeli doctors, military, and Supreme Court judges had all sanctioned the use of torture under pretexts of ‘necessity’ and ‘security.’

Nader and Samer’s stories, nearly fifty years apart, are not isolated incidents. They attest to the centrality of torture and violence to Israel’s carceral project. The Israeli settler-colonial state has, over the year, been engaged in laborious legal efforts to deny its omnipresent resort to torture, or at least, to justify it—while never referring to it as such—through meticulously crafted legal codes, internal review mechanisms, and the invoking of an ever-present ‘threat’ epitomized by the living Palestinian body. The present situation is one in which torture, hidden from the public eye and shrouded in legal discourses, is systematically practiced not solely to inflict harm and damage onto the resistant Palestinian political body, but to create a docile and submissive population ready to be inscribed and reformed by power. Sherene Razack writes that torture “does its work as a narrative, a story of power written both on the body and on the social body.”4  Israel’s torture story is constantly working to (re)write power on the Palestinian social and political body.

Israel is the site par excellence for understanding modern manifestations of violence and torture, and their relation to carceral projects world-wide. Indeed, a 2001 CIA internal memorandum touted the Israeli example. The memorandum stated, “if we follow the Israeli example, the CIA could argue that the torture was necessary to prevent imminent, significant, and physical harm to persons, where there is no other available means to prevent the harm.”5

No Torture to be Found Here

Israel has persistently denied that torture exists in its interrogation and detention centers. In fact, a year prior to Nader al-Afouri’s arduous journey narrated above, the Sunday Times published a report detailing the experiences of 22 Palestinians undergoing interrogation at the hands of the ISA, or the Shabak, as referred to in Hebrew.6  Less than a month later, the Israeli authorities issued a response in which they referred to the report as “horror fiction,”7 and refuted the allegations, noting that torture is a crime under Israel law.8  Clever Israeli propagandist discourses aside, what distinguishes the Israeli case is its constant negation of torture and the ingenuity through which it has managed to frame its resort to torture.

Following two public scandals related to the Shabak’s use of force, the Israeli government formed a commission of inquiry headed by retired Supreme Court Justice Moshe Landau in 1987. The commission’s mandate was to investigate the methods of interrogation, and as Lisa Hajjar notes, “in doing so, to begin the process of restoring public (Jewish Israeli) confidence in the security establishment, which had been damaged by the scandals.”9  The report confirmed that the Shabak resorted to physical and psychological methods of pressure while arguing that Israel’s war against ‘terrorism’ necessitates such ‘pressure.’ The report presents Israel as facing “dangers unexampled in any other country on earth”10 and justifies force as a necessity in the face of such dangers and threats. 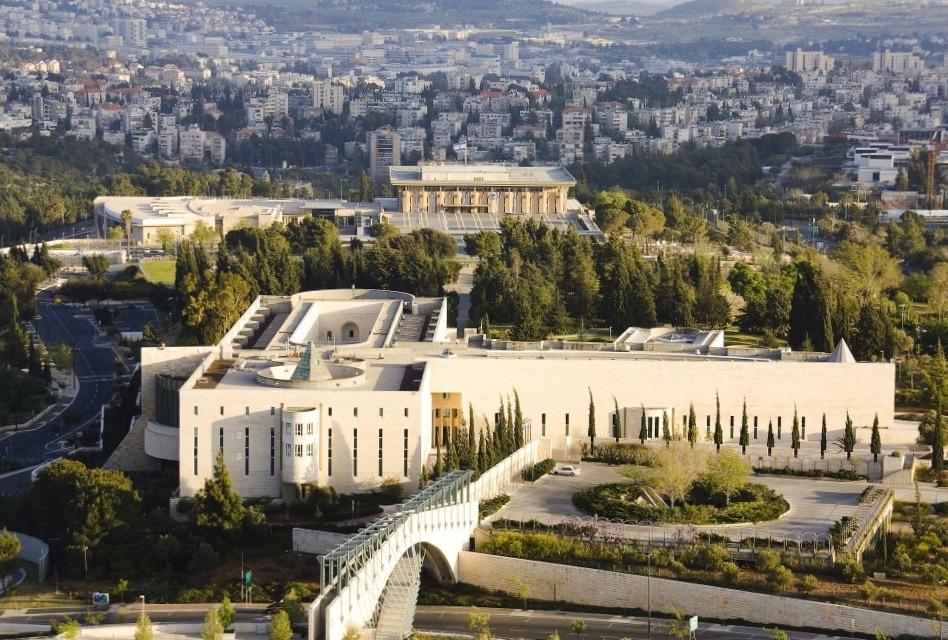 Israel’s project of containing torture within the rule of law did not stop with the Landau Commission’s report. Palestinian detainees and human rights organizations continued to point to Israel’s systematic resort to torture, and in 1999 the High Court of Justice (HCJ) ruled that a “reasonable investigation is necessarily one free of torture, free of cruel, inhuman treatment of the subject and free of any degrading handling whatsoever,”11 and banned the use of torture methods including shaking, the frog crouch, and the shabeh method. Similar to the Landau Commission’s report, however, the HCJ ruling alluded to Israel’s “unceasing struggle for both its very existence and security, from the day of its founding.”12

Israel’s torture story is constantly working to (re)write power on the Palestinian social and political body.

Given this ‘unceasing’ struggle, the HCJ left a loophole where interrogators can be provided with post-factum legal protection after resorting to physical methods (read: torture) in ‘ticking bomb’ situations: an argument reproduced in the United States’ ‘war on terror’ context. This protection, provided through the ‘necessity defense’ prescribed in Israel’s Penal Law, means that a person would not be subject to criminal liability for committing an act deemed necessary for saving life, liberty, body, and property. Therefore, while claiming to ban torture, the HCJ had ensured its continued use under the pretext of (never-fully achieved) ‘security,’ and ‘ticking bombs.’ Indeed, the mechanisms put in place, including internal review processes, have led to zero indictments out of the nearly 1,200 complaints alleging violence filed since 2001.13

The criminalization of forms of Palestinian civic and political conduct is a natural product and a constituting function of Israeli military orders (detailing permissible and punishable Palestinian conduct) and military courts (where Palestinians from the West Bank are trialed).14  Maintaining ‘public order’ and ensuring ‘security’ are guiding outcomes of military orders, and of the functioning of military courts. While never referring to potential offenders as Palestinians, military orders (re)produce the Palestinian as an inherently dangerous subject: a ‘security offender’ towards whom appropriate legal mechanisms must be put in place to ensure compliance and severely punish subjects when ‘deviances’ take place. Israel’s innovative category of ‘security prisoners’15 sets the ground for the vast array of violent practices that Palestinians face during each stage of their detention, interrogation, and imprisonment processes, and the policies designed to manage their conduct. 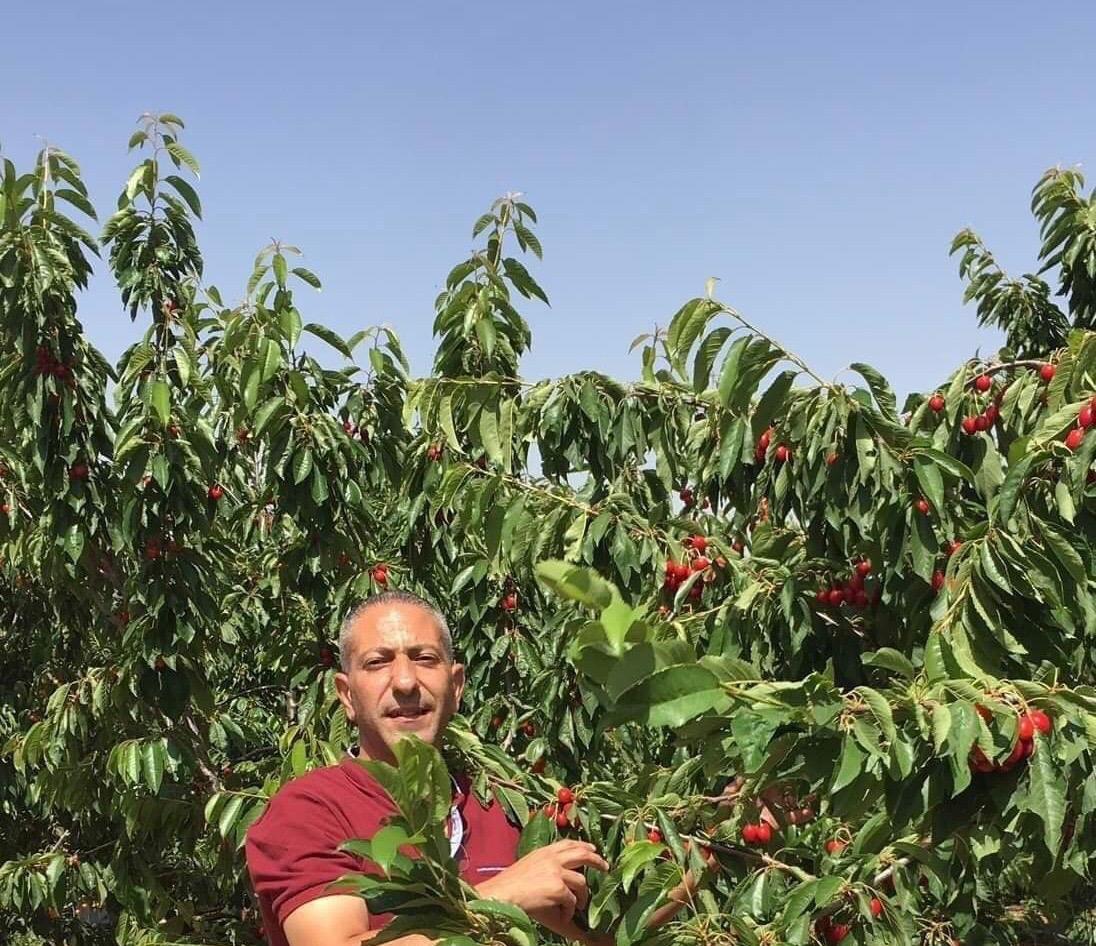 Samer Arbeed before his arrest and torture.

These classifications are part of broader processes of racialization through which the categories of ‘threat,’ ‘security offender’ and ‘terrorist’ are constantly produced and inscribed upon the Palestinian body.16  These violently inscribed racializing logics serve to justify any—and every—step in the treatment of Palestinians by the settler-colonial state. It is in this sense that Palestinians, whether facing detainment or not, whether politically engaged or not, are always conceived of as a potential threat for the Israeli security and judicial establishments, and thus worthy of torture, imprisonment and killing.

Alexander Weheliye describes racialization as the construing of race not as a biological or a cultural classification but as “a conglomerate of sociopolitical relations that discipline humanity into full humans, not-quite humans, and nonhumans.”17  The Israeli military and security establishment, with its bureaucratic ordinances and legally crafted documents, functions through a racializing logic that disciplines—and already presumes—the nonhuman (or not deserving of humanity) Palestinian. It continuously (re)produces the category of the Palestinian security prisoner, and ascribes punishment and modes of violence to which prisoners will most certainly be subjected. For the Palestinian detainee–whoever he/she may be and with whatever charge he/she might face—was already designated as a subject worthy of punishment and of bearing the full breadth of violence since the beginning of Israel’s project of dispossession and control. Understanding these racializing assemblages is central to articulating the logics of violence and torture omnipresent in Israeli prisons, and that of the global prison regime, and more importantly, to articulating (and understanding) prisoners’ attempts at rejecting and countering these formations.

1. These included cutting his nipples with a nipper; placing him in several stress positions; slapping and threatening him; extinguishing cigarettes on his body; and hanging him from a moving helicopter.

3. B’tselem: The Israeli Information Center for Human Rights in the Occupied Territories. “We are satisfied that preventing the meeting is vital to regional security.” 10 October, 2019. https://www.btselem.org/torture/20191010_israeli_high_court_allows_isa_to_continue_torturing_samer_arbid.

4. Sherene H. Razack. ‘The Manufacture of Torture as Public Truth: The Case of Omar Khadr.’ In At the Lines of Justice: Women of Colour on Terror, edited by Suvenrini Perera and Sherene H. Razack. (Toronto: University of Toronto Press, 2014), 57.

6. The report concludes that torture “is organized so methodically that it cannot be dismissed as a handful of ‘rogue cops’ exceeding orders. It is systematic. It appears to be sanctioned at some level as deliberate policy.” The Sunday Times. “Israel and Torture.” Journal of Palestine Studies, Special Document Israel and Torture 6, no.4 (1977): 192.

10. State of Israel. “Commission of Inquiry into the Methods of Investigation of the General Security Service Regarding Hostile Terrorist Activity.” (October, 1987), 83.

14. Others are trialed in Israeli civil courts depending on the type of identification cards in their possession, and their legal status.

15. For more on this category, see, Abeer Baker. “The Definition of Palestinian Prisoners in Israeli Prisons: ‘Security Prisoners’ – Security Semantics for Camouflaging Political Practice.” Adalah’s Review 5 (2009): 65 – 78; and Orna Ben-Naftali, Michael Sfard, Hedi Viterbo, The ABC of the OPT: A Legal Lexicon of the Israeli Control Over the Occupied Palestinian Territory (Cambridge: University of Cambridge Press, 2018).

16. Moreover, the invoking of a logic of an imminent threat is embodied not solely by the continuously drawn upon potential/forthcoming act (‘suspicion of an offense’ in the Israeli military’s wording) of the Palestinian subject as a justification for detention and torture, but by his/her a priori signifying and embodying of threat.

Basil Farraj is a PhD Candidate in Anthropology and Sociology at the Graduate Institute of International and Development Studies in Geneva.