Values for a Globe in Transition

Values for a Globe in Transition

On a wave of emotion, terrified by death, shocked by an unexpected, relentless, and devastating event, human beings are forced to reflect on our fate like seldom before. Science, culture, and the arts are facing an epochal challenge: the COVID-19 pandemic has been a crisis unlike any other in recent memory. It represents the apex of a curve pointing to civilizational change: in its long-term consequences, the pandemic bears the potential of a paradigm shift, not just socially but also with respect to values and ethics. From this point of view, I would like to highlight three philosophical observations that characterize this potential paradigm shift at the foundation of the globalized world as we knew it:

(i) First, at the center of any new paradigm is the re-discovery of complexity;
(ii) Second, philosophy is relevant to the building of a new paradigm based on complexity because of its ability to be “inter-linear” and (self-)critical;
(iii) Thirdly, the idea of value and normativity can play into the paradigm shift in which globalization is currently embedded.

To clarify what I mean by these three assumptions, the following can be said. The past also counts for cultural evolution, as historians teach us, but in a different way from what happens in natural evolution. In the cultural sphere, changes are rapid compared to nature. I was born Catholic, but if I wanted to I could become a Buddhist immediately without having to wait on the very long arc of evolution. Traditionally, biological evolution was thought to happen at random, yet many are beginning to think that perhaps epigenetic changes can influence it as the environmental context changes. One could hazard to assert that something similar may apply to cultural evolution. The COVID-19 pandemic could convince us, for example, to modernize our homes, i.e. our ecological niche within evolution. The role of philosophy here is to learn to take better account of the systemic complexity of the context within which we operate. Such complexity requires us, on the one hand, to think and operate in terms of collective intelligence and, on the other hand, to foster a robust resilience against nature with the help of nature.

Collective intelligence means that today's great problems are not solved by individuals. If chance were to give birth to another Leonardo da Vinci, it would in all probability not be a person but an interdisciplinary, multitasking group. The traditional and, all things considered, healthy academic habit of specialization no longer works in the sense that it is no longer able to adequately solve the big problems facing us, from environment to finance, from poverty to epidemics. Not that we must abandon individual skills, but rather, we must integrate them. This is collective intelligence. The COVID-19 pandemic makes all this clearer to us, since the health problem is just the tip of the iceberg. Underneath it are ecological, economic, political, and behavioral problems. Only teamwork can get us to the heart of such an intricate whole.

This argument applies to what I have called the resilience against nature with the help of nature. Over most of the past several decades of globalization, we have plundered nature in the name of economic success and technological progress. Increasingly, the discourse on public health is linked with that on nature conservation. They are not the same thing, but the more we move forward the more we discover their interdependence. The time in which one could overlook the environmental context from the short-sighted point of view of immediate gain, if it ever existed, is now over. Around the world, certain areas have seen forgotten presences of flora and fauna reappear, as if taking advantage of our partial absence due to lockdowns and work from home. Animals and plants return to the stage of the world without us. The thesis based on the resilience of nature is that, in a more harmonious ontology of the living, nature must also accompany culture on the path toward a new systemic sustainability.

In my most recent book,1 which describes the tremors that have shaken globalization, I argue that to better understand ourselves and what we are doing we have to pay attention to profoundly misleading divisions in the domains of practice and of theory. In the first case we interrogate the possibility of conceiving an ego divided into two parts, one purely rational and maximizing self-interest, the other affective and empathic. This division appears in the ways many economists and ethicists respectively conceive the foundations of our choices. In the second case, the split has to do with two aspects of knowledge. In what sense does objective knowledge also involve a transformation of the knowing subject? It is an ancient question that is constantly recurring, and to which we have tried to respond by starting from the "self-care" of which Foucault spoke in tension with the Cartesian tradition of modern thought.

...in a more harmonious ontology of the living, nature must also accompany culture on the path toward a new systemic sustainability.

Our thesis is that both of these divisions can be overcome from the point of view of a theory of value. Such a theory will see continuity of the ego in practical choices and transformation of the self as a consequence of a serious epistemological commitment. It is precisely the union of the two aspects of the person, the rational and the reasonable, the cognitive and the ascetic, that realizes value. In turn, this possibility exists because it is the relationship with others that makes the authentic understanding of the self possible.

The philosophical tradition to which this idea of value refers has conceived of it as an organic unity.2  Yet, it is not easy to establish clearly what the value is in the pursuit of organic unity. First, to conceive of value in this manner is to conceive of the existence of ways in which diversity is recomposed under a specific unity that is capable of giving the whole a value that exceeds that of its parts taken in isolation and added together. At the same time, value as an organic unit seems able to integrate the subjective element with the objective one. Examples are not difficult to come by: Messi and the Barcelona team, Muti and a large symphony orchestra, and so on. Still, talking about an "objective and intrinsic" value involves a theoretical stance that is anything but innocent, and undoubtedly controversial.

A theory of value as an organic unit proceeds in the opposite direction from the analytical approach that recommends breaking down integers into their component parts. It opposes theories which, like utilitarianism, aggregate and add up component parts in the name of the whole, but also conflicts with a pivotal principle of analytical theories—the principle of monotonicity—which often takes on general significance from the point of view of value. According to this principle there is potentially a neutral vector on which it is possible to measure increases or decreases in value in terms of increases or decreases in the quantity expressed by the vector itself. 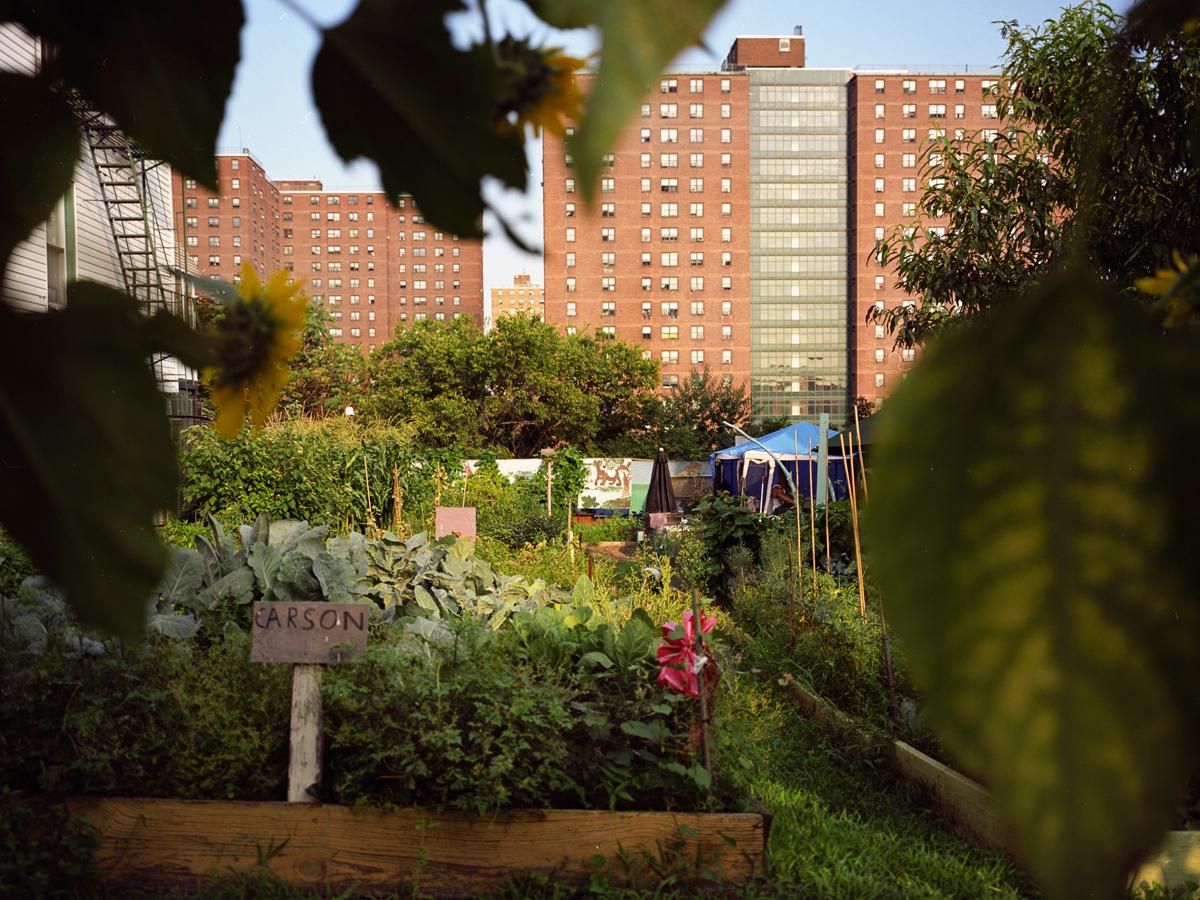 One of numerous urban garden/farming projects in the Bronx, New York.

Once we have understood the nature of value as an organic unit, nothing prevents—yet indeed, everything invites—us to reconstruct value in analytical terms.3   In our case, the idea of value as an organic unit interests us because it could allow us to combine economic and cognitive choices on the one hand, and ethical constraints on the other, in a single paradigm. This, in our opinion, implies that the economy, science, and ethics make a joint choice in the direction of sustainability and "sustainable development," which presupposes a compatible vision in which economic growth is commensurate with the biological, emotional, and more generally ethical constraints we have been talking about. 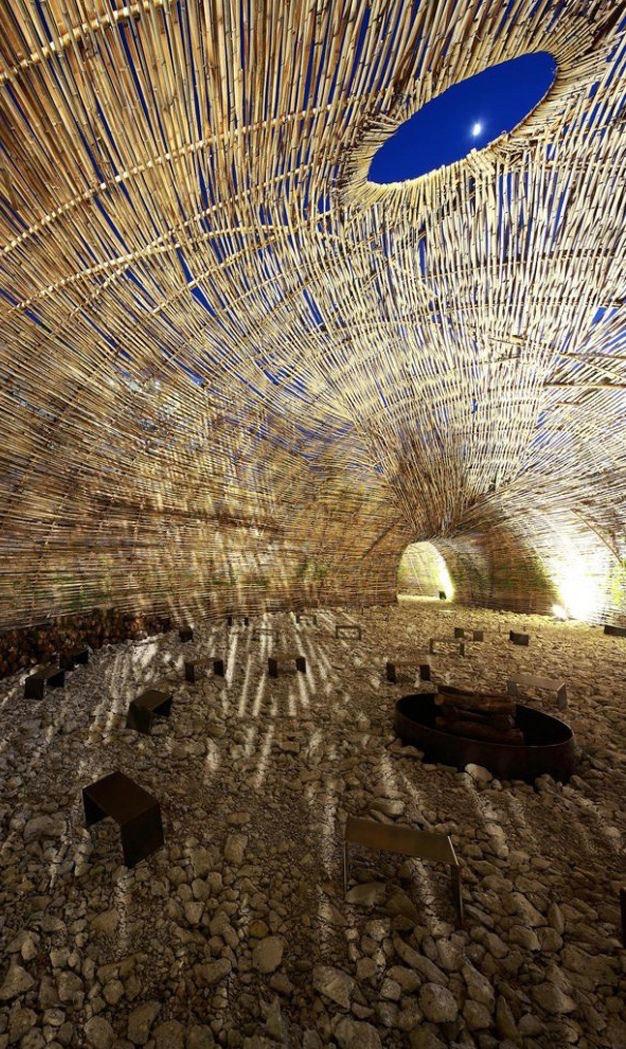 As a final clarification, I said from the outset that the proposal for public ethics is normative in nature. I am, in other words, fully aware that collective and individual changes such as those required by our time are not easy. It may well be that humans will not be able to improve our standards of public ethics even after the tragic pandemic we have been facing.

Why then indulge in such an exercise at all? Personally, I can see at least two reasons. First, all things considered, before embarking on a journey it is important to get an idea of where you should go. Secondly, the normative view, by projecting a version of what should be, can make us indirectly understand what we do not want to happen in the future.

2. Its pedigree can be traced through Aristotle, Confucius, and Al-Farabi to Kant, Hegel, Aurobindo, and Mill, right up to George Edward Moore and Robert Nozick.

3. In the history of philosophical thought, the Kant of the "Critique of Judgement" represents an attempt to go beyond the split pure reason/practice or phenomena/noumens in the perspective of a finalism that unites the two particular visions.