Between Liberty and Equality: Lessons from Hong Kong

Between Liberty and Equality: Lessons from Hong Kong

In August 2017, three years after the Umbrella Movement street protests in Hong Kong, three of its student leaders—Joshua Wong, Nathan Law, and Alex Chow—were repeatedly put on trial and finally handed sentences of six to eight months. They are now out on bail pending appeal, and many fellow ‘occupants’ are waiting in line for sentencing once the city’s Final Court rules on this precedent setting case. Holding one of the longest and most peaceful Occupy Movement protests in the world, Hong Kong’s demonstrators were given very harsh punishments for their “unlawful” assembly, especially compared to the Taipei District Court which, for example, acquitted all of the Sunflower Movement leaders.

Chantal Mouffe poses her famous “democratic paradox” to describe the tensions between the two key traditions constituting western democracy: the liberal tradition, which advocates the respect of individual liberty through the rule of law and the defense of human rights, versus the democratic tradition which emphasizes the equality of all.1  The history of western democracy has witnessed repeated conflicts between these two traditions, and we observe unending debates about whether democracy should only be conceived as a means to secure individual liberty, or whether individual desires and freedoms must be constrained so that power can be evenly distributed among all people. Instead of pursuing a system that can properly reconcile the conflicts between equality and liberty, Mouffe asserts: “No final resolution or equilibrium between those two conflicting logics is ever possible, and there can be only temporary, pragmatic, negotiations of the tensions between them.”2

I would argue that Mouffe’s assertion is very important to understanding the current democratic project of Hong Kong, not simply to recognize the impossibility of perfect democracy as such, but as a reminder to continue to engage in this impossible project by pursuing and safeguarding both liberty and equality. Hong Kong has been a city affording liberty but not democracy. There is a vigorous rule of law in place, and the people in general also have high respect for human rights. Moreover, the city is especially proud of its economic freedom. Over the last two decades, Hong Kong has been ranked the world’s “freest” economy by the Heritage Foundation,3 and has also been labeled as the world’s most competitive economy.4  Yet it has one of the widest wealth gaps and has been considered the world’s least affordable place to buy a home for seven consecutive years.5  Thus, relative freedom and social injustice are apparent to all who live in the city.

We can say that the city’s privileging of liberty over equality is both colonial and neoliberalist, a result of both Hong Kong’s lack of democracy and its embrace of extreme capitalism. Enriching Mouffe’s model of the democratic paradox, Hong Kong demonstrates how liberalism also has its own paradox: this is as much a free city as it is a highly disciplined and inhibited place. We can see in the Umbrella Movement, ironically, a most orderly, peaceful, and constrained dissident movement—to the extent that a CNN reporter had to describe the protestors “as a bit too freaking nice.”6  Worse, the Hong Kong court is ready to convict these “freaking nice” students of committing violence in the name of exercising freedoms, when the so-called violence was simply climbing some fences and pushing some guards. One of the judges wrote in the verdict:

To disrupt public order and public peace in the name of free exercise of powers will cause our society to descend into chaos. It will bring negative impact to societal improvement and development, and prevent others from exercising their powers and freedoms. If such a situation is not effectively curbed, all talk of freedom and the rule of law will be empty.7

Many have speculated about a hidden PRC intervention in this Hong Kong court decision, but so far such accusations remain unfounded and the verdict can very well be derived within Hong Kong’s own rule of law history. What we need to acknowledge is that this city has always held order and discipline as supreme civic virtues. Living in one of the most densely populated cities in the world, residents have developed a rigid spatial and temporal discipline to make sure that order can be maintained. No matter how many people are crowded on the street, in a subway station, or in a shopping center, there is always the basic order of queuing, yielding, and observing. Order is considered the skeleton of this capitalist city, without which its flesh would collapse.

We can say that the city’s privileging of liberty over equality is both colonial and neoliberalist, a result of both Hong Kong’s lack of democracy and its embrace of extreme capitalism.

Hong Kongers’ high degree of self-discipline is an essential condition for capitalist efficiency to be exercised. This global city is proud of its relatively smooth traffic, energy efficiency, and public safety, to the extent that the British liberalist tradition found a perfect heir in the Far East, where self-discipline is considered the most important factor in facilitating freedom. The idea of freedom circulating in this society is paired to its colonial history and economic ideologies, which definitely have wider reverberations.

In fact, we can say that Hong Kong’s colonial liberalism was always already proto-neoliberalist. The economy was never regulated heavily and the colonial government did not invest much in social benefits. Hong Kong was considered a stepping stone for the United Kingdom’s trade with the Far East and the port city was developed with the sole purpose of free trade, so taxation was always low and government intervention minimal. “Small government, big market” was a key governance principle in colonial Hong Kong, and values related to the free market had long been ingrained in the city’s collective mentality. 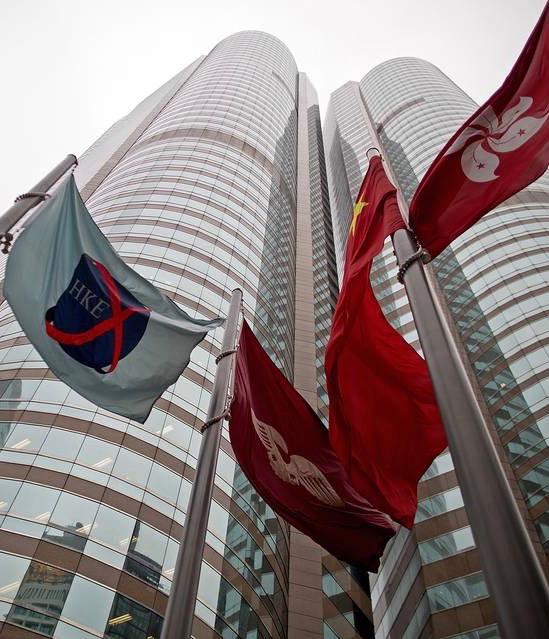 Since the 1997 Handover, the new postcolonial government has been even keener to embrace neoliberalist governance in order to differentiate its rule from that of the colonial period, which, as I have mentioned, had always been proto-neoliberalist. Moreover, the first SAR administration, encouraged by a new nationalist ideology, was determined to bid farewell the British laissez-faire economy and introduced stronger government intervention to steer the economic development of the city. Following the global trend, this governance was less Keynesian than neoliberalist, and the SAR government takes the transient global finance and knowledge economy more seriously than it does traditional industries and social benefits as the bases of society, widening the already severe wealth gap.

The 1998 Asian Financial Crisis further pegged Hong Kong into the global neoliberalist circuit. Unlike Thailand, Indonesia, and South Korea, Hong Kong did not promise to implement full-scale structural economic changes to satisfy IMF’s and other international bail-out programs; however, many Hong Kongers came to the conclusion that it was vital for the city to rely on the vast PRC hinterland to buffer the impact of volatile global finance markets. Meanwhile, the PRC has increasingly relied on Hong Kong as a filter in terms of introducing the global finance market into China. Hong Kong’s return to the mainland made the city even more prone to engaging in new global financial endeavors and the liberalization of capital flows, as shown by the city’s top ranking in the world for the launch of global IPOs. At the same time, people’s everyday lives are getting more competitive and volatile, making it even harder for the younger generation to play to their diverse strengths and realize themselves.

Many people in Hong Kong hope that political reform can correct the many levels of social and economic unfairness. If liberalism and neoliberalism define the historical development of Hong Kong on all fronts, democracy is a concept much more alien to this city, largely because it has never been politically autonomous. Since democracy aims to achieve equality between the governing and the governed, Hong Kong has never been in a condition of facilitating such political logics. It is true that the colonial government did introduce democratic values to the populace in the 1990s, but this late-colonial democratization process was meant primarily to build an institutional setting that could safeguard British interests after the Handover, and to restrain the local people’s patriotic identification with China.8

Now that the city has been taken over by the PRC, the biggest irony is that the PRC government, still claiming “Socialism with Chinese characteristics” as its prime governance principle, is willing to maintain the liberalist/neoliberalist traditions and values in Hong Kong, while banning democracy altogether. If the most characteristic set of distinctions between socialism and capitalism involves those between equality and liberty, in which socialist governments circumscribe social and economic freedom in order to guarantee equality of all, the current Chinese Communist Party does not conform to this model. It is true that China is now probably more a capitalist than a socialist country, but what really matters is the regime’s fear of democracy, much more so than liberty, as threat to its stability.

A most urgent task for Hong Kong, and probably many places in the world, is to reconsider and re-engage with not only these tensions but also the mutual conditioning between liberty and equality. Democracy, as Mouffe and many others have pointed out, is not an entity one can attain, but a remote ideal and an unending process worth fighting for: “Perfect democracy would indeed destroy itself…. [Democracy] exists as good only as long as it cannot be reached.”9  In Hong Kong, people have not yet confronted many of the conflicts between liberty and equality experienced in many western liberal countries. Instead, there is the flickering hope that social equality can correct the very perverted practices of freedom hitherto permitted in the city. It is true that democracy is facing many challenges all over the world. But before we allow cynicism to drive our political calculation and we begin to anticipate our final disillusion, we should continue to place hope in democracy, precisely because it values and respects both liberty and equality.

Pang Laikwan is Professor in the Department of Cultural and Religious Studies, Chinese University of Hong Kong.